As I wrote in the book, I’d write an
oral history of jock itch if someone paid me enough to do it. I regret some
changes to my copy that were made without my knowledge—nothing worse than seeing
a horrible edit for the first time in the magazine you just picked off the shelf
at Safeway—but, you know, that’s part of the racket. You write, you get paid for
it, the magazine owns it and gets to do what they want with it. It took me a
couple years, but I eventually learned that almost no one gives a shit about
bylines and no one cares about your copy as much as you do. What looks like the
most horrific injustice to your writing will be off the shelves in a week or two
and no one will ever remember it existed. Unless you’re Norman Mailer or someone
of equal talent, if you make too much trouble about edits, they’ll stop hiring
you because no one will want to work with you anymore.

I have refused
some stories either because they seemed excessively seedy or I just didn’t want
to write them. A magazine editor once asked me if I’d be willing to interview
the parents of the kids involved in the Columbine tragedy. Can you imagine
trying to line up that interview, explaining what it was you wanted? I said no
thanks.

You write that "one of the best parts about being a traveler is
complaining about the parts you don’t like–hating the Dallas Cowboys not only
doesn’t make me any less a football fan, it probably makes me a more avid one.
This is a concept the travel industry has never embraced."  The same is true in
the garden industry.  You would never see a magazine article called "Plants I
Hate" or a critical piece about how awful a botanical garden is.  Is it possible
that the travel industry (and the garden industry) doesn’t really care about
diehard fans, figuring they’re going to travel/garden no matter what?

I don’t think it’s a matter of not caring about them as it is just
not even thinking about them. Big corporations don’t think about their customers
in individual terms. They can’t. It wouldn’t be cost effective. For an airline
dealing with a few million enplanements a year, there’s no time to worry about
who’s a diehard and who’s not. And that’s where once again you wind up resorting
to the lowest common denominator. Don’t offend anyone ("After your negative
review of Malaysian orchids, I have just three words: Cancel my subscription!")
and no one gets in trouble.

We’re always ranting about what’s wrong
with garden magazines and you actually had a chance to do something about the sorry state of
travel magazines during your short-lived gig as editor of Travelocity magazine.
Even though the suits claimed they wanted a travel magazine that broke all the
rules–a travel magazine for people who don’t like travel magazines–inevitably
it turned out that they really wanted more of the same to sell to advertisers.
You took some risks, including sending Dan Savage to Vegas, hiring Joe Queenan
to write about the SkyMall catalog, and, to the publisher’s horror, opening a
story on cruise ships with a two-page spread of a fat white guy from Oregon in a
swimsuit.   But—do you still think there’s a place for the kind of travel
magazine you envisioned?  Is anyone else doing it?  Have you ever found a
magazine on another subject and said, "Why can’t we do that, only about travel?"

Every couple years a new
travel magazine comes along with lofty ambitions for recreating the travel-mag
template in an edgier, more honest, more contemporary way. And every time, they
fail. Just as I was helping launch Travelocity magazine, an excellent Santa
Monica-based travel magazine called Escape was going out of business after seven
years of scraping by financially. Escape was kind of a Lonely Planet of
magazines, and I’d written and taken pictures for them for several years and was
quite sad to see them bite the dust. But, though they’d earned a large and rabid
readership, they just couldn’t make it financially.

I used to believe
fringe magazines could succeed financially, but now I see that the publishing
economic model doesn’t really work for them. Advertisers, not readers, keep
magazines afloat. Yes, you need readers to attract advertisers, but it’s ad
dollars, not subscriptions or newsstand sales, that pay the bills and staff
salaries. In the end, you simply can’t expect advertisers to put up with
attacks, even small ones, on their own system. And I don’t blame the
advertisers, either. Why should they pay to support ingrates who take pot shots
at them? But we have the Internet and sites like gardenrant, so there’s still
room for subversive journalism.

How have your editors &
colleagues responded to your book?  What are you working on now?

It’s
been overwhelmingly positive. I’ve gotten a lot of, "This is the book every
travel writer wants to write." People in the business seem energized by it. I’m
doing another book for Henry Holt, a travel book that will take me to places
I’ve heretofore been intimidated by: Sub-Saharan Africa, India, Mexico City, and
Disney World. 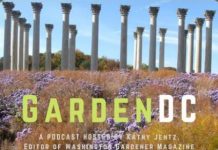 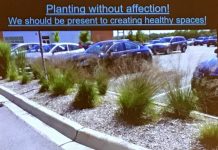