Today's the day that thousands of bloggers around the world are writing about climate change, then finding

the links to their posts listed on the BAD website.

But here at Garden Rant we've been all over this topic for years, so we'll take this opportunity to put the posts in a nice list for your perusal. 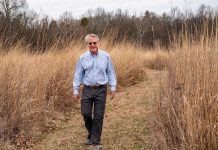