You may remember my plea to help get this anti-pesticide documentary seen.  Well, that was before I’d seen it myself and now that I have, I can recommend it not just for its powerful message but for the fascinating person at its core.

Here’s a blurb from the movie’s website. “Dr. June Irwin, a dermatologist, noticed a connection between her patients’ health conditions  and their exposure to chemical pesticides and herbicides.  With relentless persistence she brought her concerns to town meetings to warn her fellow citizens that the chemicals they were putting on their lawns posed severe health risks and had unknown side effects on the environment.”  And after years of being a persistent nag on the subject, she succeeded in eliminating pesticides from her town in Ontario, and most of Canada.

And it was June Irwin herself that I found most compelling in the movie.  Those hats!  That eye make-up!  She must have been easy to dismiss as a character or even a bit crazy, but this crusading dermatologist went on to topple the giants of Big Chem and get products removed from every Home Depot in the country.  Similar  battles for change are now popping up all over the U.S.

Executive producer Paul Tukey (of Safe Lawns and the Lawn Reform Coalition) just sent me the good news that “A Chemical Reaction” has been accepted by the DC Environmental Film Festival next March.  So I’ll get to see it with a big audience, and I’m hoping that Dr. Irwin will fly down for the DC premiere.  I’ve got to see more of this crazy-like-a-fox women.

Ginny Stibolt reviewed “A Chemical Reaction” and concluded: “Water restrictions and shortages are not the only reason to avoid artificially greened lawns.

I highly recommend this film.”  And another Lawn Reformer, Susan L. Morrison, sent me her review:

A Chemical Reaction is the ultimate David vs. Goliath story. That one woman’s persistence could convince a town and from there an entire country of the damaging effects of lawn chemicals left me amazed and inspired.  Unhappily, I’m now stuck with the question, inspired to do what?  Because the most shocking aspect of the documentary was learning that the chemical companies have already been successful at preemptively blocking similar legislation in the United States – not to mention changing their company names to disassociate themselves from what happened in Canada. 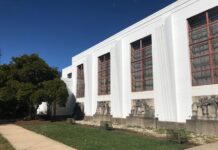 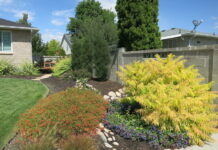 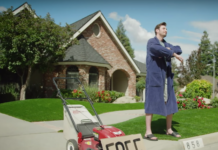