My friend hugged me, said good-bye, and drove off.

At age thirty-four, on a brief trip to Europe, I was felled by a mysterious viral or bacterial pathogen, resulting in severe neurological symptoms. I had thought I was indestructible. But I wasn’t. If anything did go wrong, I figured modern medicine would fix me. But it didn’t. Medical specialists at several major clinics couldn’t diagnose the infectious culprit. I was in and out of the hospital for months, and the complications were life threatening. An experimental drug that became available stabilized my condition, though it would be several grueling years to a partial recovery and a return to work. My doctors said the illness was behind me, and I wanted to believe them. I was ecstatic to have most of my life back.

But out of the blue came a series of insidious relapses, and once again, I was bedridden. Further, more sophisticated testing showed that the mitochondria in my cells no longer functioned correctly and there was damage to my autonomic nervous system; all functions not consciously directed, including heart rate, blood pressure, and digestion, had gone haywire. The drug that had previously helped now caused dangerous side effects; it would soon be removed from the market.

When the body is rendered useless, the mind still runs like a bloodhound along well-worn trails of neurons, tracking the echoing questions: the confused family of whys, whats, and whens and their impossibly distant kin how. The search is exhaustive; the answers, elusive. Sometimes my mind went blank and listless; at other times it was flooded with storms of thought, unspeakable sadness, and intolerable loss.

Given the ease with which health infuses life with meaning and purpose, it is shocking how swiftly illness steals away those certainties. It was all I could do to get through each moment, and each moment felt like an endless hour, yet days slipped silently past. Time unused and only endured still vanishes, as if time itself is starving, and each day is swallowed whole, leaving no crumbs, no memory, no trace at all.

I had been moved to a studio apartment where I could receive the care I needed. My own farmhouse, some fifty miles away, was closed up. I did not know if or when I’d ever make it home again. For now, my only way back was to close my eyes and remember. I could see the early spring there, the purple field violets — like those at my bedside — running rampant through the yard. And the fragrant small pink violets that I had planted in the little woodland garden to the north of my house — they, too, would be in bloom. Though not usually hardy this far north, somehow they survived. In my mind I could smell their sweetness.

Before my illness, my dog, Brandy, and I had often wandered the acres of forest that stretched beyond the house to a hidden, mountain-fed brook. The brook’s song of weather and season followed us as we crisscrossed its channel over partially submerged boulders. On the trail home, in the boggiest of spots, perched on tiny islands of root and moss, I found diminutive wild white violets, their throats faintly striped with purple.

These field violets in the pot at my bedside were fresh and full of life, unlike the usual cut flowers brought by other friends. Those lasted just a few days, leaving murky, odoriferous vase water. In my twenties I had earned my living as a gardener, so I was glad to have this bit of garden right by my bed. I could even water the violets with my drinking glass.

But what about this snail? What would I do with it? As tiny as it was, it had been going about its day when it was picked up. What right did my friend and I have to disrupt its life? Though I couldn’t imagine what kind of life a snail might lead.

I didn’t remember ever having noticed any snails on my countless hikes in the woods. Perhaps, I thought, looking at the nondescript brown creature, it was precisely because they were so inconspicuous. For the rest of the day the snail stayed inside its shell, and I was too worn out from my friend’s visit to give it another thought. 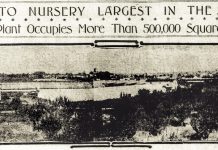