Well, I'm off to show how sane I am by joining Jon Stewart, et al and thousands of other sanity-lovers on the National Mall.  Amy wrote that I simply must go to REPRESENT, so represent I will (I guess), and I hope you appreciate the sacrifice involved:  short subway ride, 62 degrees under sunny skies, hundreds of Port-a-Potties and an assortment of friends to meet up with.  Somebody's got to do it!  So stay tuned for photos and my report and watch the whole thing on Comedy Central – live!

But for now a note about the charity that's been designated as the beneficiary of all this attention.  It's the Trust for the National Mall,  which is the fund-raising group for one of the most prominent yet under-funded parks in the U.S.  It was slated to get Recovery Act funds but opponents scoffed at money for turfgrass (like covering bare ground is a frill) and the funding got axed.

To read up on the National Lawn and why it needs help, first go to Adrian Higgins' article in the Post. And remember when SafeLawns.org planted an organic lawn demonstration plot and how great it looked – before the Park Service let a rental group kill it?  (And then didn't use the group's deposit money to fund a replacement for the plot.)

Behind the Scenes at the Daily Show
One more thing.  If you're a fan of the Daily Show you'll love this story about what it took to produce the show from D.C. this past week at the Shakespeare Theater.  And no, I wasn't one of the lucky few to snag tickets, though I sure did try.

Photo credit – see how crappy the lawn is! 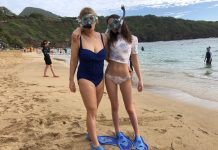 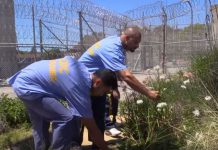