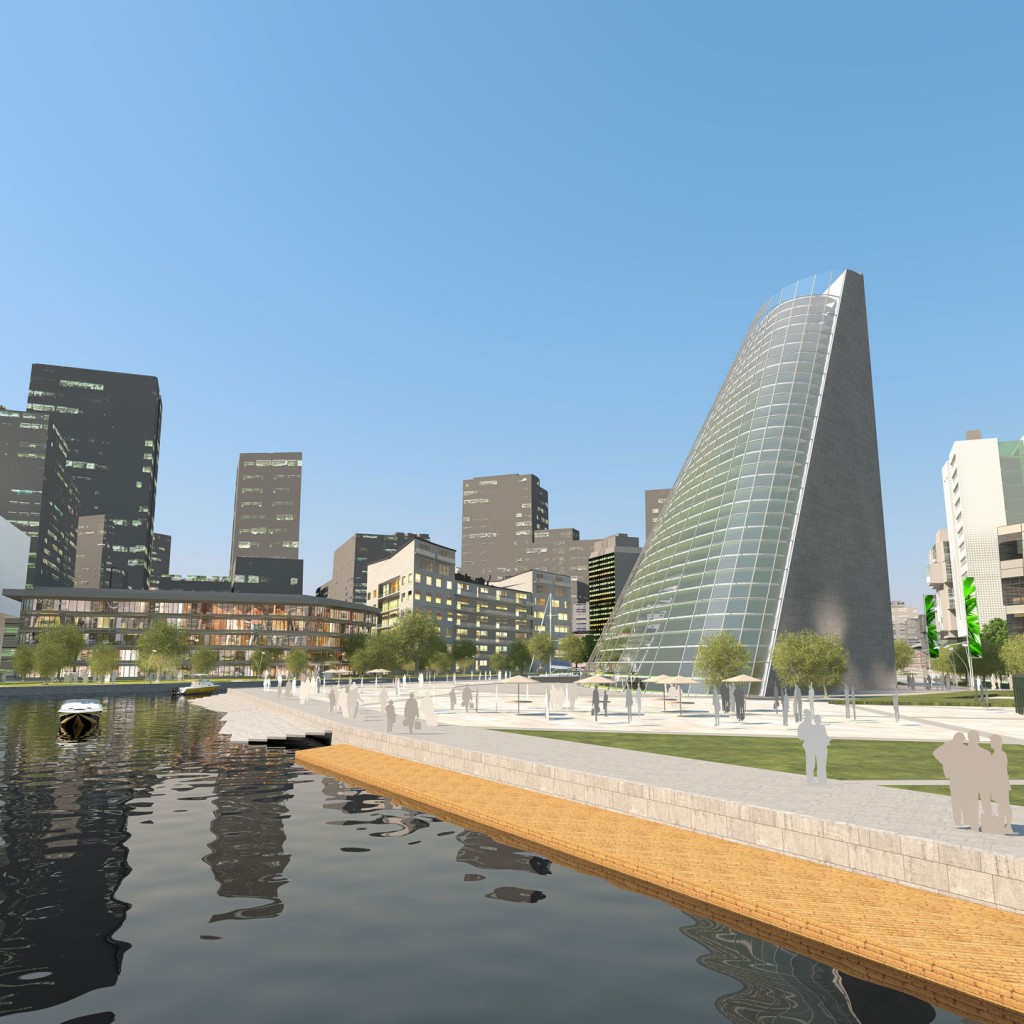 Drumroll, please. I present to you the latest development in urban agriculture: a futuristic vertical greenhouse that—making use of integrated solutions for energy, excess heat, waste, CO2 and water—will be the latest methodology for providing fresh food to city dwellers. Its name is Plantagon. 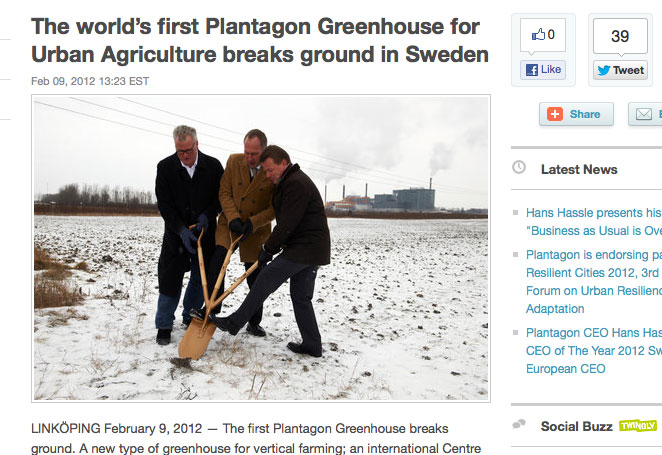 There was a groundbreaking (shown above) for the world’s first Plantagon in February at Linköping, Sweden (outside of Stockholm). Completion is expected in early 2013, at which point it will look like the rendering at top. As far as I can tell from the company’s somewhat inscrutable website, the interior of the greenhouses uses a helix-based structure, where newly potted vegetables are transported to the top of the helix and then gradually make their way down through the spiral to the bottom, by which time they are ready for harvest, and the process starts again. Consult the website for more details, and good luck to you.

Regardless of how it works, it is a really cool looking structure, and here’s the strange part. If this company really gets off the ground (investment opportunities are available), the 2nd or 3rd Plantagon may be rising in Buffalo. This could be because a principle partner in the Plantagon “companization” is the Onondaga Nation, part of the Haudenosaunee (Iroquois) confederacy, and located in central New York, near Syracuse. The hybrid word is used because Plantagon’s organizational structure consists of a non-profit/for-profit amalgam. (Most of the “history” part of the Plantagon website consistes of letters between Plantagon and Onondaga leaders.) A spokesperson for Plantagon, Pierre Wallinder also happens to live in Buffalo. 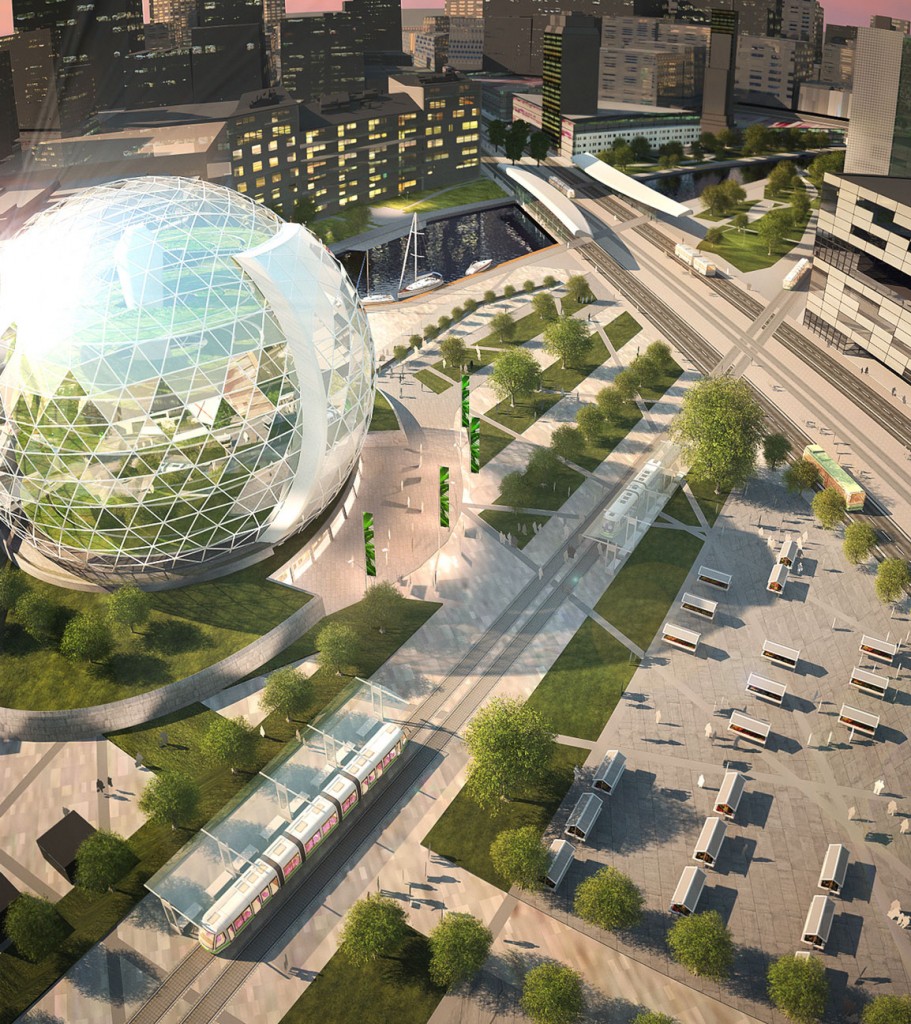 So far, Plantagon has not yet met with overwhelming enthusiasm among the few Buffalonians who have paid attention to a couple news items about it. Many involved in Buffalo’s existing food-growing scene point to the vast rural acreage that surrounds us as well as to the 7-8 urban farms within the city limits. “A vertical greenhouse is unnecessary in a city where large swaths of land are readily available,” notes one commenter. A local businessman objects to the cost: “Given a $15 million dollar investment, I can think of a number of industries that could create more than 30 jobs and generate sustainable growth. We can do better for the money, but at least this idea is an improvement over the indoor water park proposed a few years ago.”

I’m not a big indoor water park fan either, and spending a fortune on a big indoor greenhouse would also be low on my priority list for Buffalo. We do have a lot of local food-growers who have just recently begun to penetrate the market here. On the other hand, I get the basic concept behind this—a sustainable urban food source for a world population that is increasingly based in cities.

And it is pretty.