Recently this message went out to the Yahoo group of one of Washington’s tonier neighborhoods, with the title “Beautiful perennial garden in back yard needed for TV Commercial.”

Would anyone be interested in having a tv commercial shot in their back yard one day around the third week in July, at your convenience, for a big name new gardening website? They will pay $1500 for the day, and probably add a few flowers for extra punch.

Whoa, Nelly!  First, we’ve heard stories about a TV channel paying nothing, zip, for the privilege of filming in private gardens.  No money, not even credit.   (That would be HGTV, of course.)   But this new venture – a mere website! – has $1,500 to pay for a single location for a television commercial!  Wow.

Which leads to the most shocking part of the story – the people behind a gardening website can afford to pay for television ads to promote the thing!  Again, unheard of.

Naturally, I wrote to the author to ask for the “big name” in question, but didn’t get an answer.  So, on the hush-hush, let’s all speculate, shall we?

Among big names connected to gardening, Martha Stewart’s comes to mind but she already has a gardening website.  So let’s think outside the g 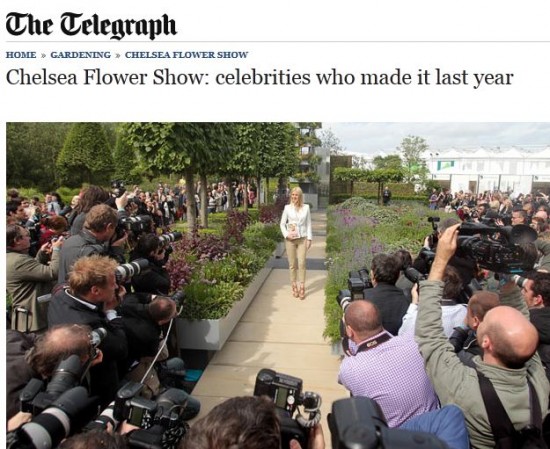 Like Oprah!  Names don’t get much better – actually, any bigger.  Googling her name and “garden” produced the photo above of her with Nate Berkus, as she toured his garden.  And we know she attended a garden party at least once.

Michelle Obama comes to mind but based on the call for a perennial garden, with no mention of edibles, I’d rule her out.  Plus, in an election year, she’s kinda busy.

But there ARE some big-name actresses who are on record as gardeners.  Like Gwyneth Paltrow – here’s the evidence on her website strangely called Goop.  She’s seen here adding to the spectacle that is the Chelsea Flower Show. 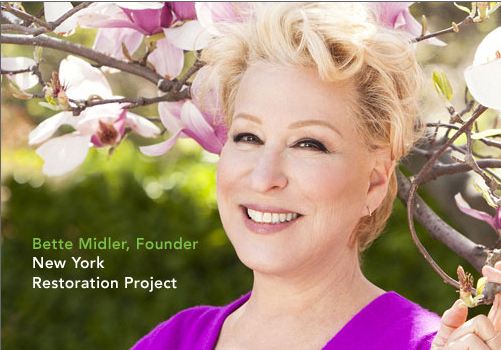 And Bette Midler’s been advocating gardening for years now – specifically in New York City.  But she doesn’t seem like a big website person to me, like the younger, trendier Gwyneth.

For other leads I Googled “celebrities who garden” and didn’t get much – mainly this list of celebrities who’ve “gone green.”  There I found big names indeed, like Brad Pitt and George Clooney, but there’s no mention of either of them actually gardening.  The closest celeb found getting his hands in the soil was Adrian Grenier, who’s been filmed building a compost bin.  But Cameron Diaz is all over the place, green-wise, so maybe she’s the next gardening diva.

I sure don’t know but am ridiculously curious.