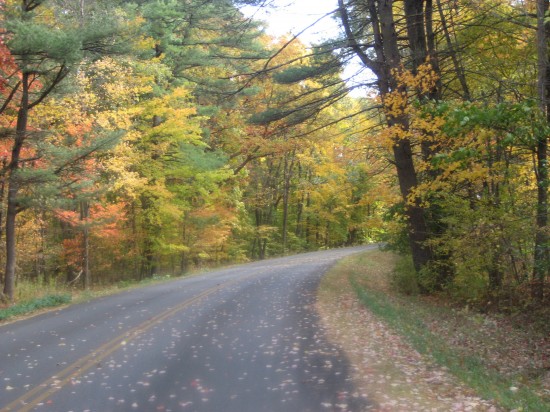 Elizabeth introduced our new web design a few months ago by asking an interesting question that was raised at the Asheville Garden Bloggers Fling: Is garden blogging still viable?

I have to say that as a news consumer, I love Twitter.  I follow many garden writers, but ALL the significant food writers. Though they tend mostly to operate in a politically correct echo chamber led by Mark Bittman and Michael Pollan, there are some stand-out originals among this group. I really respect the hard-hitting reporting of  Monica Eng of the Chicago Tribune.  She’s the woman out there ineptly hunting deer and eating horrible food in school cafeterias in order to reveal the truth about our food culture. And Kat Kinsman of CNN’s food blog Eatocracy is provocative and funny–as is parody tweeter Ruth Bourdain, who won a James Beard Award last year.

But, look, unless you are Steve Martin and a genius of the one-liner, you can’t say it all in 140 characters. It seems to me that Twitter is mostly about the links to longer pieces of writing elsewhere.  It doesn’t replace anything.

On the other hand, I’m not so old-fashioned as to think those glossy gardening magazines do the job for people who really care about plants and food and the landscapes around them. Though some are better than others, I think they all underestimate their audiences.  Too shy of controversy.  Too uninterested in individual voices. After writing for one of them, I am generally grateful to be back home at Garden Rant, where there are no editors grinding off my edges. Where there are intelligent commenters, in fact, sharpening them up.

Blogs are fantastic, in that there’s enough space for an opinion to be expressed, and then a volley of counter-opinions.  There is nothing really like it, other than possibly talk radio.

But the truth is that it’s easy to opine from one’s screened porch. It’s another thing entirely to get in a car and drive 5 hours each way to investigate a drought or new varieties of food crops or to see some particularly inspiring garden–let alone, get on a plane and see how farmers in the Sahel are using the lowest of low-tech methods to turn back desertification. That requires a professional-sized paycheck and a budget for expenses. Are any garden bloggers earning enough from their sites to wear out shoes and suitcases in support of them?  I don’t think so.  Alas, gardening will never attract the advertising that food and home improvement do.

The medium I’d like to be venting in?  The disappearing one chronicled in the fun 2011 documentary about the New York Times I watched last night, Page One. Page One makes it clear what vanishes if you lose the resources of a place like The Times: reporting.  Are there any newspapers reporting on gardening any more, other than The Washington Post and The New York Times?

But gardening is worth reporting on. Are you kidding me?  Given climate change, drought, storms, the challenges of feeding the earth’s population without destroying the planet, plus the health problems inherent in the America diet, and the sickness and ugliness of many of our landscapes, gardening may be the most significant of all beats.  We’re not talking ten best intersectional peonies, as fun as those are.  We’re talking survival of the species.

The most recent Pew report on the State of the News Media had a mixed message: While advertising revenues are dropping, the public’s hunger for real news is greater than ever, thanks to portable devices that allow us to follow a story all day long.  I hope this all shakes out at some point soon, in some positive way that allows more garden writers to hit the road much more often. My suitcase is already packed.