I owe my love of pink flowers to Wilson Pickett. The rhythm and blues singer was my high school cosmic everything. Teenage boys often feel they are irrelevant. Or at least they once did. In 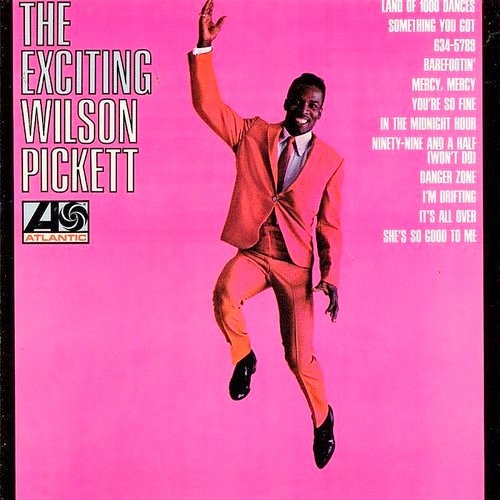 the mid-60s, I played a white soul man to prove the point.

When I was fifteen years old, I stared at the shocking pink cover of the Exciting Wilson Pickett  (1966). Wilson was bustin’ a dance move that I could never pull-off. (Trust me, I tried!)  He looked almighty in a fine tangerine-tango orange suit, while I was stuck looking like a chump in khakis, loafers and a blue Oxford cloth shirt. Tangerine tango, after lo these many years, is the 2012 Pantone color of the year. Wilson was so ahead of this time.  He would have loved Agastache ‘Tangerine Tango’.

I grew into tangerine-tango orange long before Pantone made it hip. I had a pair of snazzy pants in1969, the same color. But I couldn’t make sense of that pink. It just seemed too much like a pink chiffon prom dress. The pink album cover worked for Wilson. Why didn’t pink work for me?

The Exciting Wilson Pickett had a personal influence bigger than anything the Stones or the Beatles had done.  On no other album, in the mid-60s, could you find bigger hits than In the Midnight Hour, Land of 1000 Dances and 634-5789.  My favorite song was Ninety-Nine and a Half (Won’t Do). The record was cut at STAX studios with the Memphis Horns. You can barely hear Isaac Hayes (theme from Shaft, anyone?) in the background on piano.  And try to find a better opening bass and guitar line than Ninety-Nine and a Half (Won’t Do).  The legendary session musicians, bassist Duck Dunn and guitarist Steve Cropper, performed later, with the Blues Brothers. 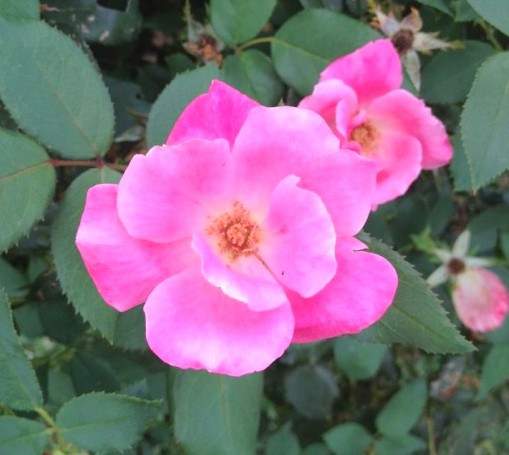 Over time, a long, steep climb, I threw-off my ill-conceived pink aversion. After a bumbling start with vegetable gardening, in my mid-20s, I started to grow flowers. I eased in with yellow marigolds and orange tithonias. Yellow blooms, across a color spectrum, are the most plentiful in the garden. (Damned yellow composites!)  Blue flowers are scarce.  I had to own up to my shortcoming. Pink slowly became part of my garden fabric. Cheddar pinks and pink hydrangeas became fair game.  Now I can’t resist pink muhly grass or Aquilegia canadensis ‘Pink Lanterns.’ Before I knew it, I had fallen in love with Peony ‘Coral Charm.’  Bless you, Wilson Pickett!

The cemetery was next door to another musician’s home: Tim Krekel. The late singer-songwriter liked to wander over to the mausoleum after dark to hold séance with Wilson. Krekel wrote a song, Wilson Pickett, about the surprise of suddenly having the Rock and Roll Hall of Famer in his backyard.

I recently visited Wilson during the daytime, to pay respects and to see what was in flower. Maybe I would find something pink in bloom. 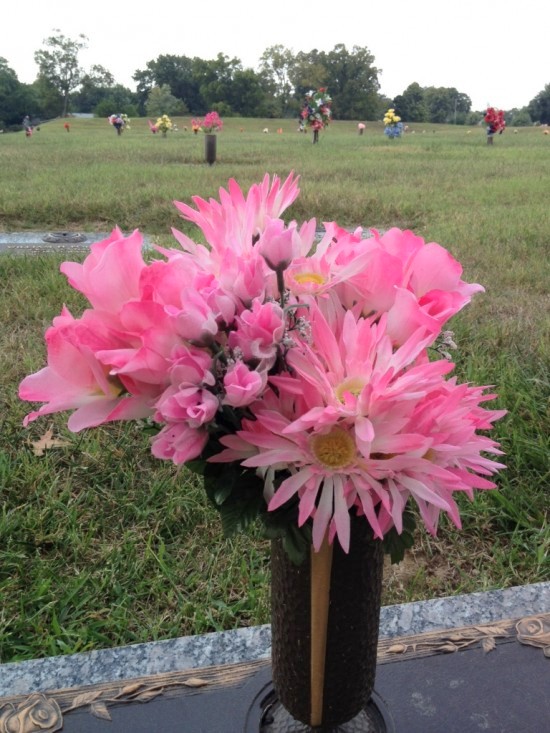 Evergreen Cemetery sits along a stretch of tires stores, fast food joints and check cashing shops on Preston Highway. Large silver maples, lopsided Bradford pears and chlorotic pines are scattered around the grounds. Vases of plastic flowers insult the departed.  Yellow goldenrods and purple ironweeds breathe life, growing in a ditch at the edge of the cemetery.

One gnarly floribunda rose, wizened by the years, stood in a far corner, unblemished by powdery mildew, black spot or Japanese beetles. Single pink blooms burst forth, defiant in the late summer heat.  Rosa ‘Else Poulsen’, I’d like you to meet Wilson Pickett.

Special thanks to Mike Shoup of the Antique Rose Emporium for identifying ‘Else Poulsen’.