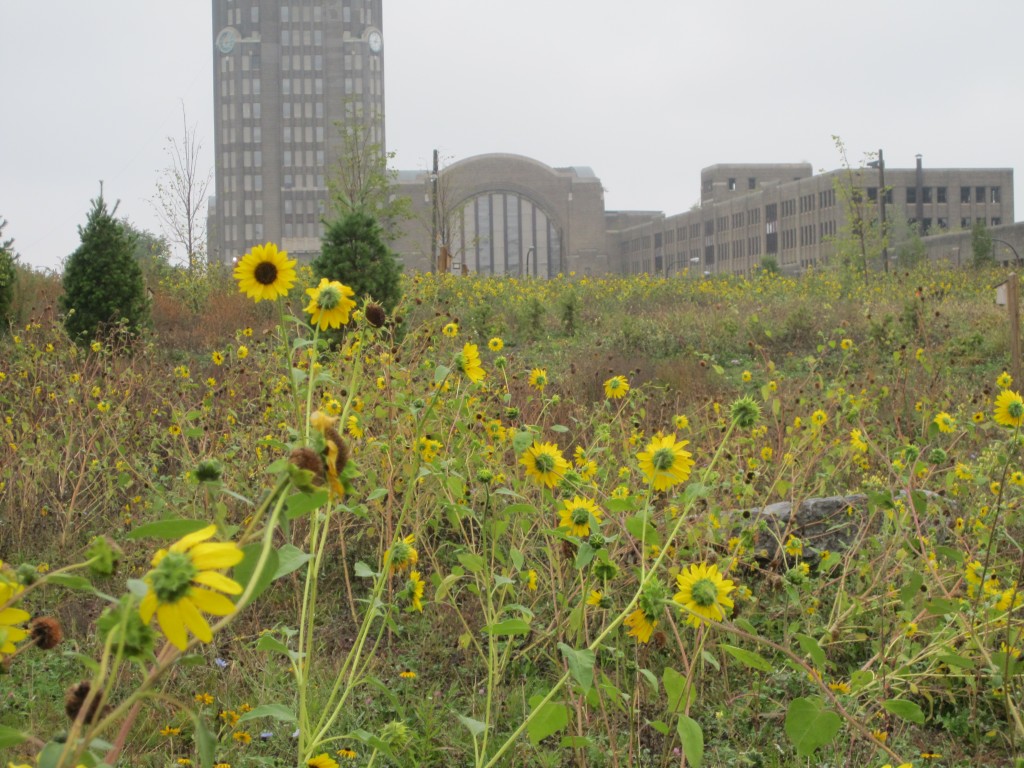 There is a climactic scene in the charming if strange independent movie Elvis & Anabelle. The lead male character, Elvis, a budding mortician, is about to commit suicide when he notices out his window that a field of sunflowers has magically burst into bloom outside his window. The sight revives his spirits, he makes one last effort to win back his love, and all ends well, pretty much.

Phytoremediation is one of the reasons sunflowers dominate in the Urban Habitat Project, a demonstration garden that is meant to revive some neglected and abused acres surrounding Buffalo’s Art Deco Central Terminal, a former train station that is gradually being brought back to productive use. 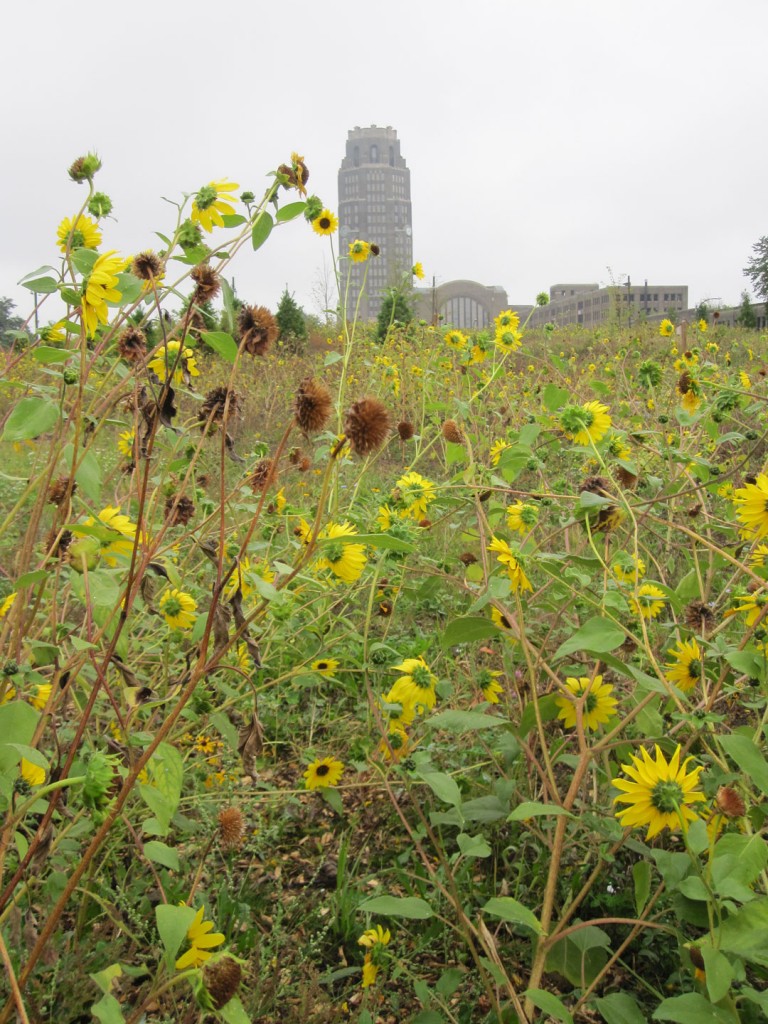 The sunflowers are joined by native perennials, fruiting trees and shrubs, bat houses, a wetland area, and other elements designed to provide habitat for birds, bees, and butterflies. Now a Registered Monarch Way station and a designated Bat and Pollinator Conservation Site, the area has long been hosting turkeys, foxes, weasels, blue herons, and, of course, deer. The UHP is the brainchild of local landscaper Dave Majewski, who intends to beautify a blighted section of Buffalo as well as educate the public and city officials that unmowed and natural does not mean “hazard,” “dangerous,” and “eyesore.” This is definitely the type of planting that—were it to appear in the front yard of a middle-class suburban or urban (depending on neighborhood) property—might raise a neighborly outcry.

I enjoy the sunflowers and the whole planting. I am not even close to suicidal but walking through this site on a late September afternoon did revive my spirits.