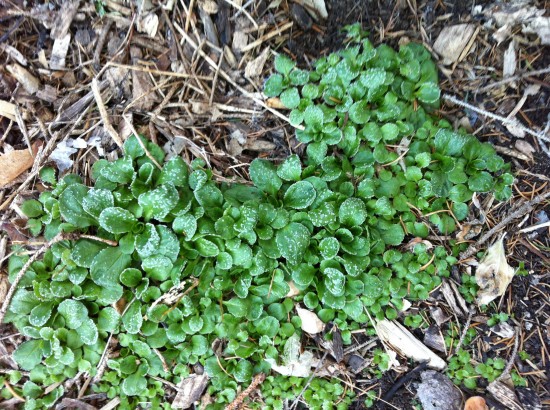 I’m convinced that once the basics are in place in a vegetable garden–namely a lot of sun, good soil, and sufficient water–timing is the most crucial factor for success. Vegetables generally go from seed to plate in the course of a single season. This is a dramatic transformation, one that requires a lot of powerful forces to align properly, including the fool shaking the seeds over the ground.

But timing is also very subtle, given the vicissitudes of weather, the variations of micro-climates, and the fact that the plants themselves have their own opinions about when to do what. Last year I wrote a piece for Organic Gardening about the ways that plants measure out the seasons, which is why crops that will bolt in spring won’t necessarily do the same thing under similar conditions in fall.

Given all this subtlety, timing is something best learned from long observation in the backyard, rather than from a book.

Unfortunately, I don’t have long observation helping me at the moment, since my current vegetable garden is now just finishing its second season. In many ways, this garden puzzles me, bordered as is it on its north side by giant moisture-sucking Norway spruces, and shoehorned in among various grandfathered permanent features including fences, rock walls, two cherry trees, and a mature viburnum juddii that despite my general ruthlessness in favor of vegetables is just too beautiful to saw down. Oh, and let’s not forget the unpredictability contributed by an army of urban squirrels. Anyway, stuff doesn’t always behave normally in this garden, and I tend to be constantly mystified by what disappears and what grows.

So when I sowed lots of carrot seeds on the spruce-dominated side of the garden at a normal time in spring and nothing germinated, I forgot about them. But then, I had the spruces trimmed up this summer, and suddenly there was light, and now in November, I am noticing little carrot seedlings.  Undoubtedly, they will freeze and expire, but still, an interesting development.

In my previous vegetable garden, which was in Zone 4 rather than 5, nothing germinated at this time of year but mache.

But here, I am noticing all kinds of germination: pea shoots from spring peas that dropped off the vine, tomato plants even from this summer’s tomatoes. This suggests a long winter of musing how to take advantage. Is there a way to protect some of these volunteers so they shoot up in spring?

Is there a way to sow stuff in fall so that it will take off as soon as the snow retreats?

If you pay attention in a vegetable garden, you figure out all kinds of ways to rig the system in your favor.