I stopped by the USDA research farm a couple of miles from my house to get a tour of their compost research, led by my former neighbor Walter Mulbry.  But any notion that the target audience here is gardeners or even homeowners is way off – this is about composting manure from dairy farms, like the 100-cow farm here.  Walter told me that figuring out what’s best on this small operation would work for 90 percent of the dairy farms in the U.S.

In other ways the dairy barn here is a typical “freestyle” barn, meaning the cows can roam freely, as the cows shown do to eat, lick salt, and use the mechanical back scratcher that they love.  The cows are here for nine months at a stretch when they’re producing milk, after which (as “dry cows”) they’re rewarded with two months in the pasture, where after being artificially impregnated they await the births of their calves and the beginning of milk production again.

So let’s follow that waste, shall we?  After moving along the slanted floor, manure and urine are held in an underground tank, then in this lagoon, which is typical of what a small farm would use.  Next, the solids are hauled away and spread in rows using surplus army trucks to pull the spreaders. 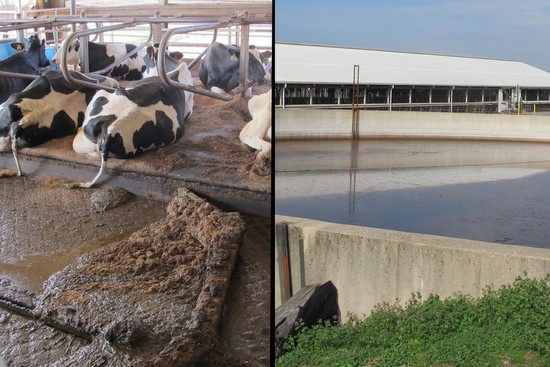 The solids sit in these “wind rows ” for 30 day, where they heat up to 150 degrees and are turned five times using this machine (the aptly named wind-row turner).  This machine is a four-foot turner, though larger ones can handle 20-foot rows.

Less than 25% of dairy manure ends up feeding crops, so the primary focus of this research is to reduce the loss of all those nutrients – in storage, in spreading, where half goes into the air as gas, and from microorganism action.  If manure could more efficiently direct nutrients into crops, there’d be less nutrient run-off into the waterways, and less need for farmers to buy fertilizer.  Besides efficiency, the compost that’s spread on crops has to be free of weeds and pathogens.

One solution used widely on large farms is to turn manure into biogas that then produces electricity.  It’s called “green power.” 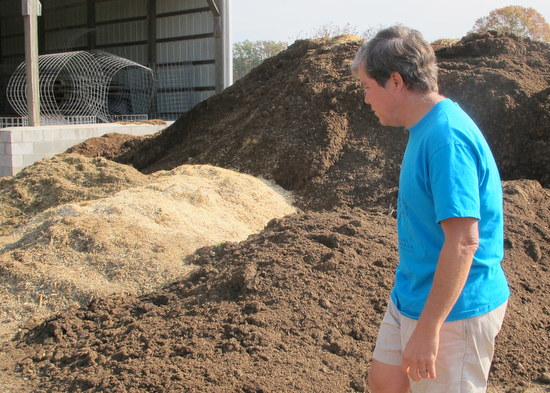 Walter Mulbry is a 25-year veteran here at this USDA facility, where they’re especially proud of their research on removing pathogens and heavy metals from biosolids taken from wastewater.  Their findings became the EPA standards for treatment of biosolids (to wit: 5 turns, with 3 days in between).  Though Walter studied molecular biology and started his career researching toxins in solid waste, he soon discovered that even more dramatic environmental improvements could be accomplished from managing nutrients in waste.  Nutrients are the primary environmental problem in agriculture, not toxins.

Walter says this is a beautiful place to work and loves it here.  On the gorgeous fall day I visited, he was dressed not just in casual Friday garb but in farm clothes – even for this guvmint job, just outside D.C.   Here in the midst of 6,600 acres of farmland, Walter seems as happy as a pig in manure. 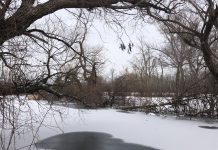 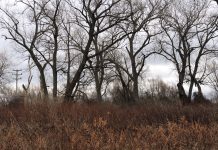