In roaming my new neighborhood, one of my favorite stops is our Community Center, built in a simplified Art Deco style with five bas relief sculptures along its front facade.  (They’re sometimes called friezes but friezes are generally higher up,  just under the roof line.)

This building, like the whole town of Greenbelt, was built in the ’30s and the sculptor chosen to embellish it was Lenore Thomas, who won quite a few commissions from the Resettlement Administration during the Depression.  She was given complete freedom in her choice of subjects for the sculptures and chose the Preamble to the U.S. Constitution.  She used the workers building this new town as models for the faces and clothing shown on the sculptures. 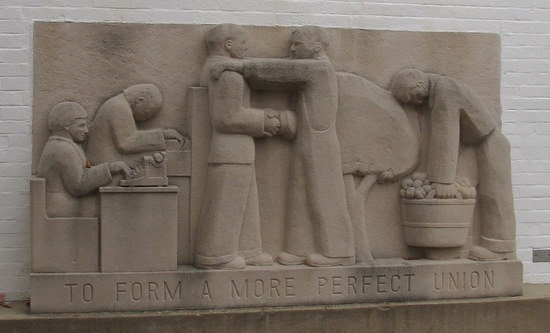 “To form a more perfect union.” 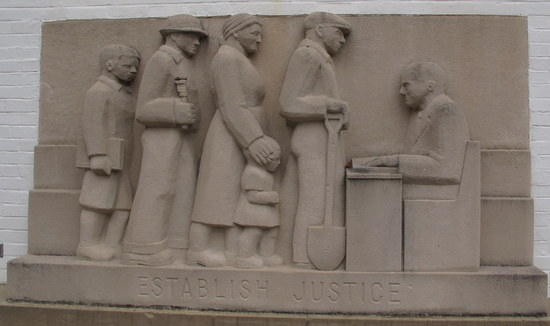 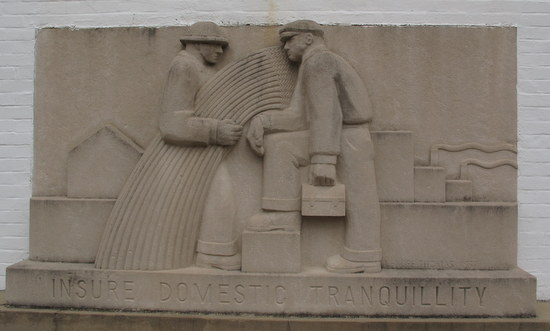 “Insure domestic tranquility,”  using images of a wheat gatherer and a factory worker. 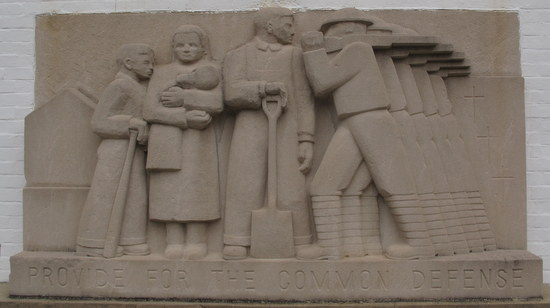 “Provide for the common defense.” 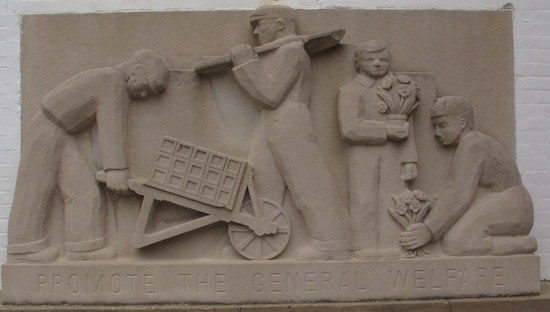 Finally,  my excuse for writing about this here on a garden blog.  “To promote the general welfare” depicts construction workers and people growing and holding flowers.  Not just gardeners, but ornamentalists!  Gotta say, growing gorgeous plants sure promotes MY general welfare.

From plaques near the bas-reliefs I learned that it took Thomas and an assistant a year to build the five sculptures.  And I noticed this politically incorrect quote from the sculptor herself:

We want to keep the designs bold and simple and sufficiently obvious so that, with the lettering beneath each panel, any workman or child can understand them.

Which makes me thankful that we’ve moved beyond assuming that “workers” are stupid.  Or at least admitting as much for the record.

Click here for close-ups of these and other sculptures by Thomas here, including of her Mother and Child, the centerpiece of Greenbelt’s little town center. 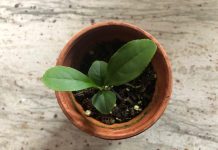 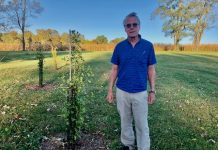 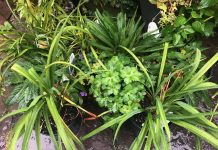