Welcome to the business side of gardening – the trade show!  First let’s get the name out of the way first – because what kind of name for a trade show is “OFA Short Course”?  See, it started 85 years ago as the Ohio Florist Association show, but it grew into something huge and international, and now that it’s merged with the ANLA (American Nursery and Landscape Association), it’s on its way to a new name, finally.

And the “Short Course” part of its name is a tip-off that unlike most trade shows (strictly booths with people selling their wares) this one has a slew of talks and seminars (140 of them) and they’re well attended.

I’ve attended a trade show or two but had never seen so many big machines for growers: 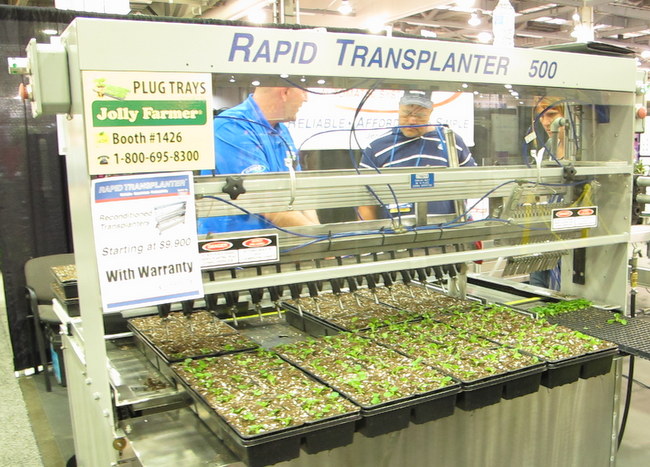 There were also plants, lots of them. 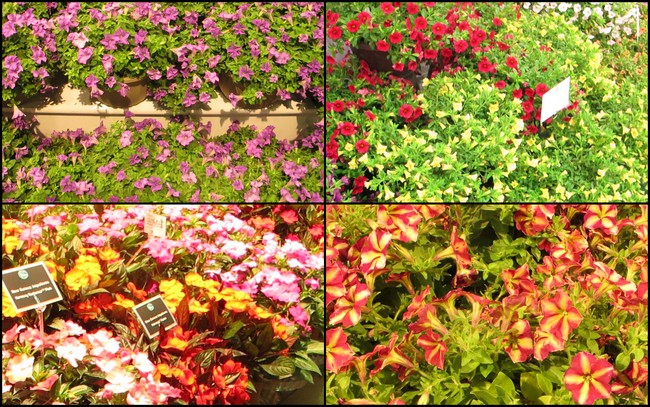 Annuals galore.  But it was a particular perennial that caught my eye – the ‘Cheyenne Spirit’  Echinacea below left that blooms in 4 or more colors on a single plant, thanks to 11 years of research.  Like all new Echinaceas, it could be a dud but the Ball Hort salesman I spoke to swore by it.  More will be revealed. 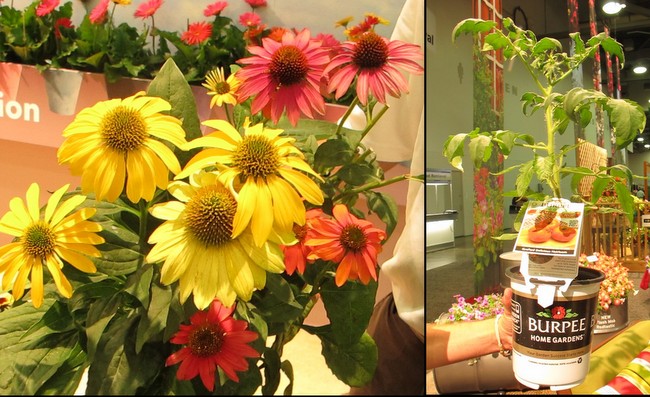 I also learned that the grafted tomato on the right is a hot-seller (at $14/15 each) because it combines the best qualities of hybrids and heirlooms in one plant.  I’m told that the result is great taste and yield plus resistance to disease. 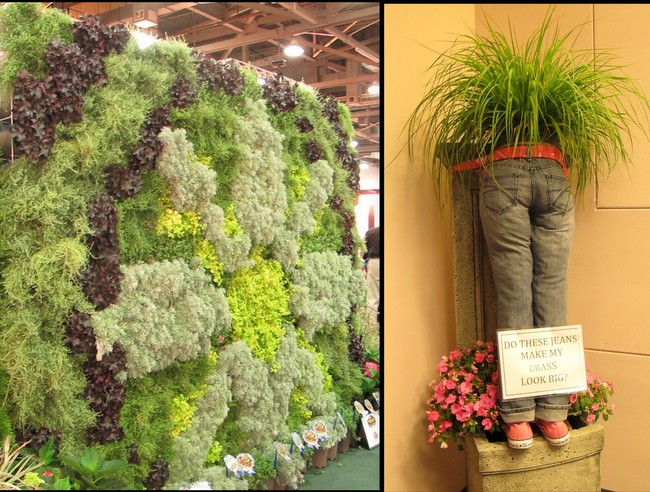 The show included lots of ways to display plants – mostly in containers but also this cool wall.  And a touch of humor is a welcome sight in any trade show.

At trade shows I’m always happy to report running into some People I Actually Know, and here are a few I found at OFA. 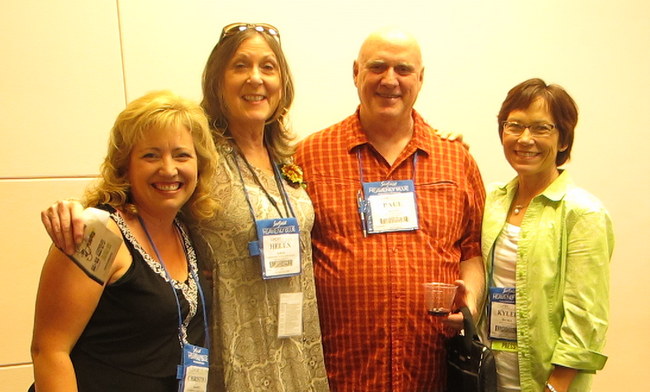 Katie Moss Warner was at the show for America In Bloom.  She’s the past prez of the American Hort Society, past head of gardens at Disneyworld, and a force in the world of gardening.

From the let, perennials expert and frequent guest-Ranter Allen Bush.  Christina again with another force in gardening – Shawna Coronado.  And Michael Geary, CEO of the show and of ANLA, talking to us “press” at the nice luncheon they put on for us.  “This is the New  York fashion show of our industry.” 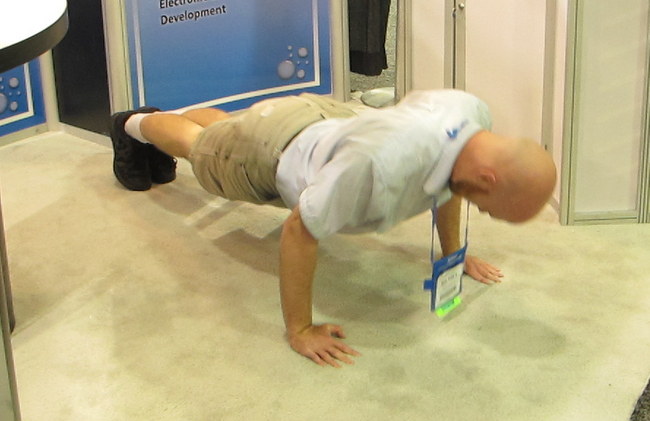 I don’t know this guy but admire his ability to man a trade-show booth and keep fit at the same time.

The Battle of the Shows!
In other industry news, OFA is expanding to include lots more space for retailers and it’ll then be the “world’s largest trade association of independent garden retailers.” Yes, they’re going after the Independent Garden Center Show,  and I heard lots of enthusiasm for that move.  Seems there are more than a few past IGC attendees who’d like an alternative to a show that’s so personality-driven – especially when it’s the personality of CEO Jeff Morey.  And I can see why.  When I attended his show I was shocked that the opening ceremony concluded with attendees being led in prayer, a very Christian one at that.  Way to be inclusive, Jeff!