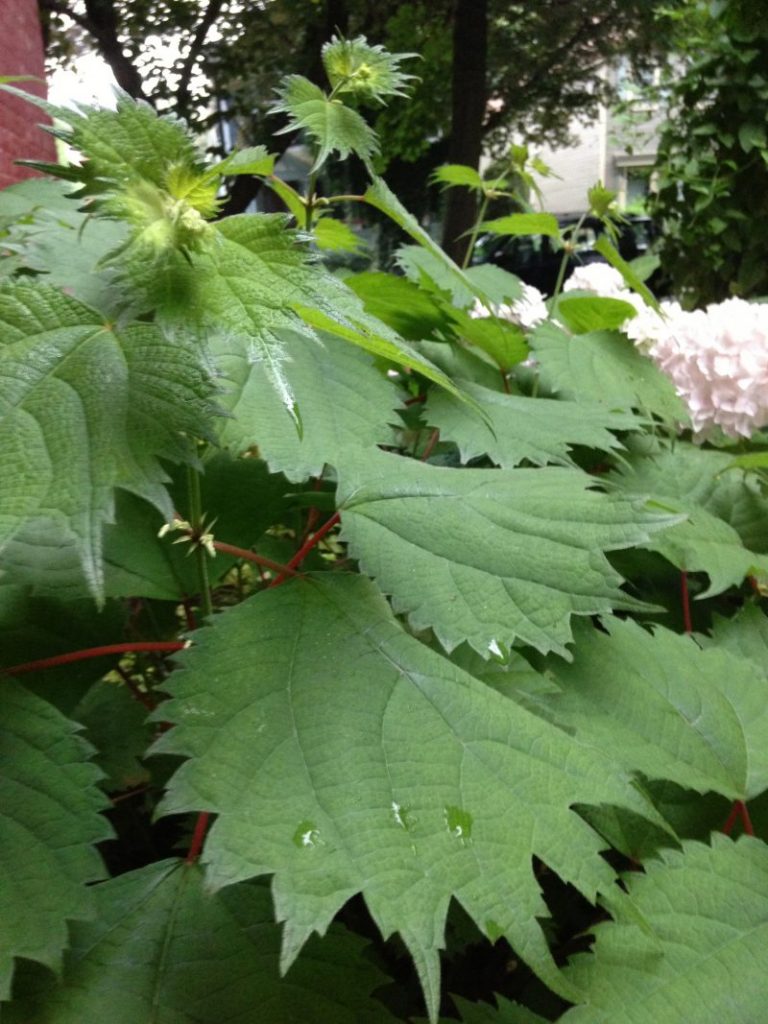 No one will be surprised that I was seduced by the beguiling rhetoric of Plant Delights owner Tony Avent when I ordered this plant (above):

We were thrilled to find yet another in the overlooked genus boehmeria that makes a great garden specimen. The deciduous Boehmeria platanifolia makes a 5′ tall x 4′ wide texturally enchanting clump of upright stems, clothed with fascinatingly bold, deeply-incised green leaves, each attached to the stem by a bright red petiole. The top of the stems are adorned in late summer…I use the term “adorned” loosely…with floral stalks that look like limp pipe cleaners. Visitors to the garden seem quite enchanted with this…we hope you feel the same.

I was one of those visitors. At the Plant Delights show garden outside of Raleigh, this looks like a large, vigorous shrub, and it didn’t take long for it to achieve those proportions in my Buffalo garden. All the promises were realized, including the lush profusion of deeply incised leaves, the red stems, and even the limp, pipe cleaner flowers—lots of them (in bud now). On the other hand, I can’t say that this unusual plant—seriously, I probably have the only boehmeria in Buffalo—gets that much attention from garden visitors. One person mistook it for a ligularia, and congratulated me for doing so well with it. Otherwise, no one has ever mentioned it. Usually, I have to point it out myself.

But you know, it doesn’t matter. Every time I walk by this plant I think of my decision to order it from Plant Delights and marvel at its success in its small dank corner. This obscure plant gives me almost as much pleasure as all the showy lilies that Garden Walk Buffalo visitors marvel over at the end of July. 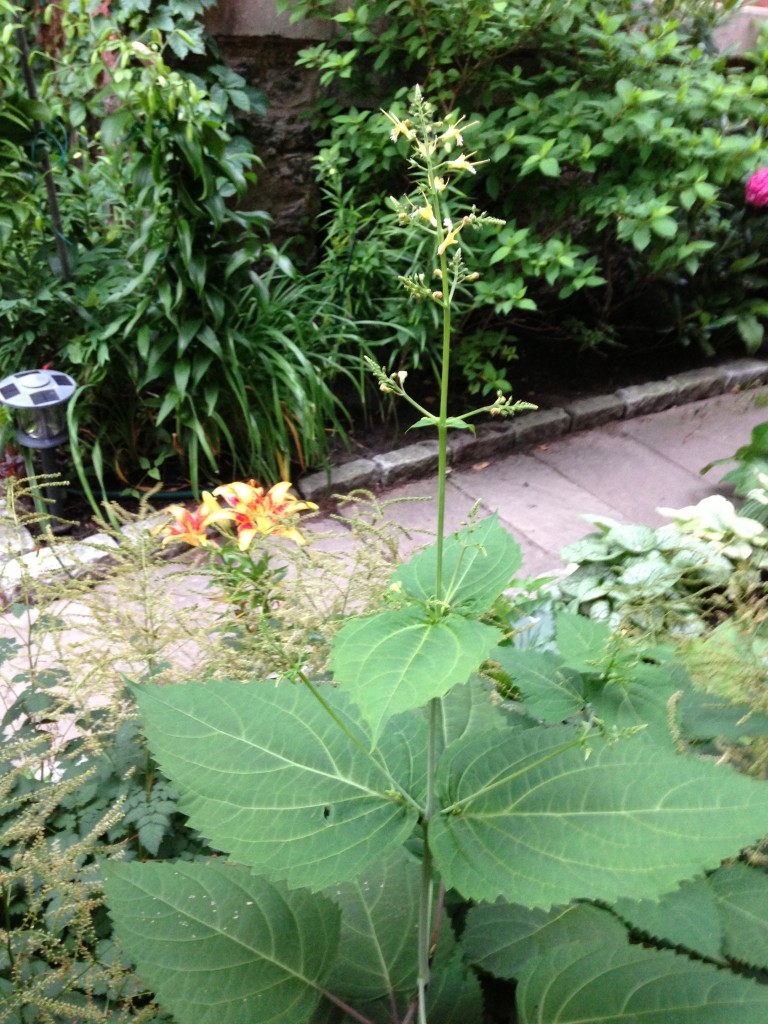 A year ago, I added another lesser-known perennial to the shade garden. I purchased Collinsonia canadensis (stoneroot) from an Ithaca nursery; at the time there were no visible signs of the plant showing above the soil of its black plastic gallon pot. I had faith, however, and bought it on the strength of its promised height and shade tolerance.

The promise was quickly fulfilled, and this year it looks like the plant is spreading to the same shrub-like proportions as the boehmeria. Not that anyone seems to notice. No landscaper or garden designer would ever choose these unruly specimens—they’d have good reasons. But I love my big, leafy, obscure plants. Probably for the same reasons.