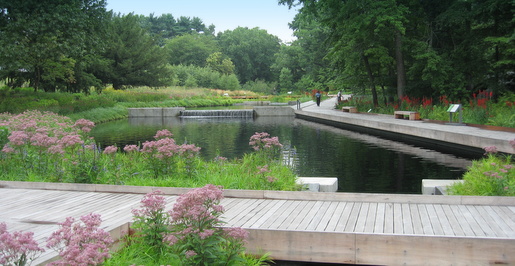 While I was visiting New York City earlier this month I didn’t JUST visit the High Line.  Also on my agenda was the Native Plant Garden at the New York Botanical Garden, about which I’d read so muc 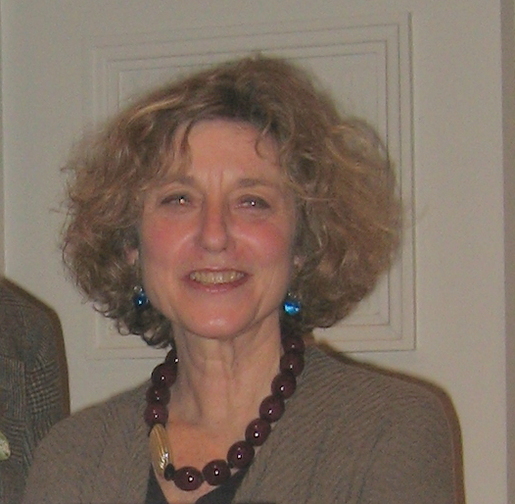 h when it opened this spring.  It was designed by DC-area landscape architect Sheila Brady.  She’s now co-owner of the famous Oehme van Sweden firm, which is credited with creating what they called “the New American Garden,” composed of sweeps of grasses and other perennials, the naturalistic look that’s become so popular over the years – thankfully.

Here’s how Adrian Higgins describes the designs of OvS, from his review of this garden in the Washington Post:

Their designs were not necessarily new or American, but they were using massings of grasses and perennials to create blocks of color and texture in a way that was novel and gained attention. About half the plants were of American origin, although some had been given legitimacy in Europe. 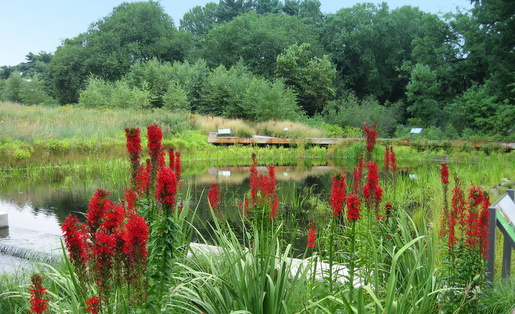 How to Wow with Native Plants
I think there are great lessons for the eco-conscious home gardener in the success of this new garden, with its use of plants native to “the Northeast,” according to its website.  Actually, Brady and her team avoided a strict definition of “native,” and instead drew on plants native to a huge chunk of the U.S. – from Virginia to Southern Maine and as far west as the Great Plains.

And perhaps more importantly, the garden was designed to be beautiful, rather than to replicate how things would look without human intervention.  Again I’ll quite Higgins:

The garden rejects a conventional idea of presenting native flora as replicated eco-systems and instead gathers American plants with a gardener’s eye for color, texture, combinations, seasonal peaks and other aesthetic ambitions. The planting schemes are complex, and besides the mind-boggling number of plants involved — 90,000 perennials, grasses, bulbs, shrubs and trees in a 31/2-acre area — Brady and her collaborators have used varieties bred for improved garden performance.

So, the third tip for choosing native plants that wow is to include cultivated varieties – because they’ve been cultivated for “improved garden performance.”  I know that stricter adherence to what’s “native” wouldn’t allow cultivars but this garden, with its public role and $15 million price tag, needed to look terrific – and it sure does.   I saw it this month, in its first season, and it wow’ed me.

The “Split Rock” above is a “glacial erratic” – meaning it’s not found where it’s believed to have originated.  The split was caused by hundreds of freeze-thaw cycles.  Next to it and elsewhere throughout the garden is Milkweed in bloom.

This style of native-plant garden seems to be spreading to other public gardens.  The Brooklyn Botanic Garden recently opened its expanded Native Flora Garden with a more designed and garden-like look than it had originally, when its design goal was to exactly replicate what was there hundreds of years ago.  I saw it a couple of years ago and agree that it wasn’t exactly pretty.

In conclusion, I think this native plant garden will go a long way to promoting the use of native plants.  Well done, Sheila Brady and the NYBG!