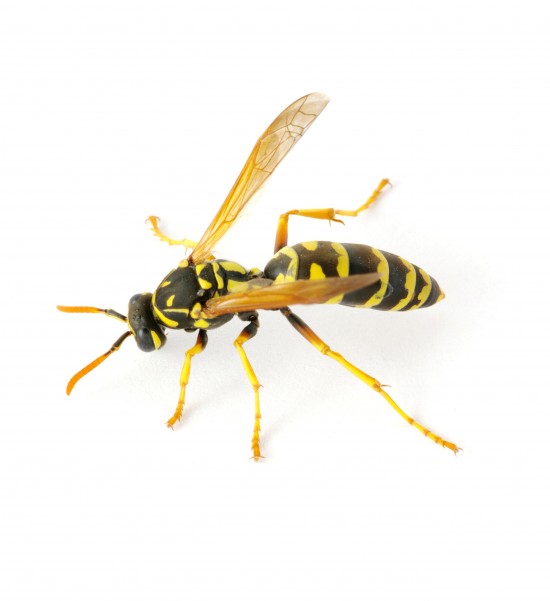 Sure, I’m organic.  I don’t use any chemical fertilizers, fungicides, insecticides, or -cides of any kind.  For that matter, I don’t even use organic pesticides in my garden. If the bugs want to eat it, let them. I can always order a pizza.

But then.  Then!  A colony of wasps moved into a vertical planter mounted on the fence right outside my kitchen door.  This was my fault–the planter didn’t get watered while I was away (I failed to ask anyone to water it), and it dried up and became a nice safe box, perfect to hold a busy colony.

At first the wasps were interesting.  I mean, a colony of anything is interesting.  But I’d read that they get more aggressive as the season goes on.  And this is right outside my kitchen door, in an area I have to walk past regularly, so I can’t stay out of their flight path.  Also, the fence is actually closer to my neighbor’s house (and windows) than my house, and our neighbors are a couple of severely disabled guys and their caregivers.  Wonderful people, and the last thing I want to do is introduce a wasp nest into their lives.

Then I did see them start to get more aggressive.  Something had to be done.

I asked around, hoping to find a Wasp Whisperer who would come take the whole colony away. A few years back, somebody came up this way regularly to collect colonies because their venom had some medical use.

Or–really–whatever they wanted to use them for, I just liked the idea of safe, quiet, quick removal.

But the Wasp Whisperers were not around this year, and other advice didn’t pan out.  I tried spraying the planter box with the hose, giving it many long, long soakings from a safe distance, but this did nothing to deter them.  I tried a few other measures that people suggested. And in case you’re wondering whether the planter could have simply been bagged and lifted off the fence–no.  It was screwed in really well, and access to some of the screws was behind what is now a wasp’s nest.  Maybe not great planning on my part, but there you go.

So then you know what happened? I had to go out of town again.  And again, and again.  And I had about twenty other things to take care of before I left.  Plumbing problems, car repairs, all the stuff that needed doing.

And so I added “wasp removal” to my list, along with all the other regular stuff.  Which meant that the day came when I picked up the phone, called the most eco-friendly pest control company I could find (which is not to say they are organic), and asked them to come out and deal with it.  “Dealing with it” meant that a guy showed up in some protective gear, had me sign a form and bring the cat inside, and then he went over and sprayed the hell out of it, and I wrote him a check, and we don’t have wasps outside the kitchen door anymore.

So is that it?  Am I “organic until the wasps really start to bother me”?

Does it help if I feel guilty about it?

And now I am once again faced with a pest infestation and six weeks of travel coming up and a pile of errands and chores to do before I leave.  We have mice in the kitchen!  Most likely encouraged to come up through some gap in the floorboard because a month ago, when we had raccoons under the house, I called the raccoon guy, who went under the house, assured me that they were away for the afternoon, and showed me what to board up to keep them out.  So now there are no raccoons under the house–and no neighborhood cats, either.  I always used to see them darting in and out from under our patio, and now maybe I know why. They were getting the mice, and now nobody’s getting the mice, and the mice are getting us.

Plugging up holes, setting traps, letting the cats/raccoons hang out under the house again…here I go with another long list of options that I hope does not end with “call the pest control company.”

Actually, I’m not using rodenticides, no matter what, no matter where.  So I guess there is a line I won’t cross.  There it is.  Where’s yours?