I’ve posted about the big famous gardens I saw in New York City earlier this month (here and here), but I also got a kick out of the small gardens all around me. 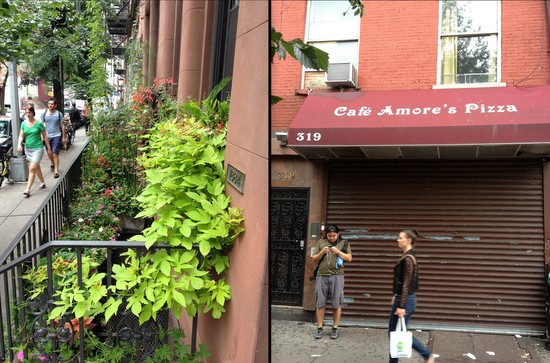 Greenwich Village, where I was staying, has lots of charm and gardeners, including the terrific one who lives in the house on the left.  In contrast, a crappy pizza joint offers zero curb appeal for the apartment I stayed in (via airbnb).  But to my surprise, the five apartments above the pizza place share an amazing rooftop garden, shown below. 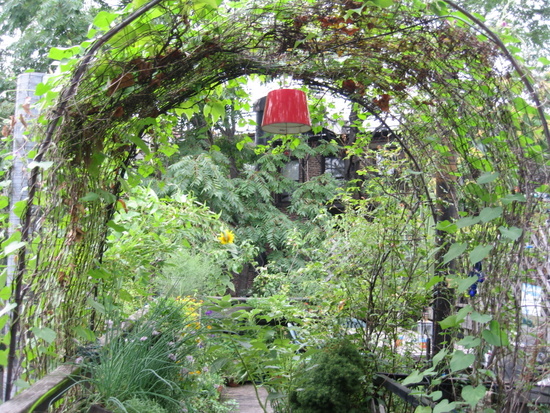 I was told that the primary gardener here is my temporary landlady, a film director who was spending the month in Europe. 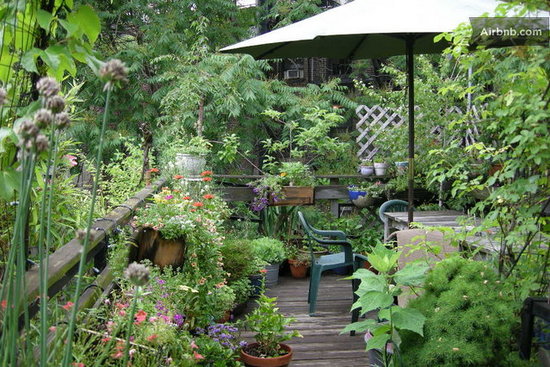 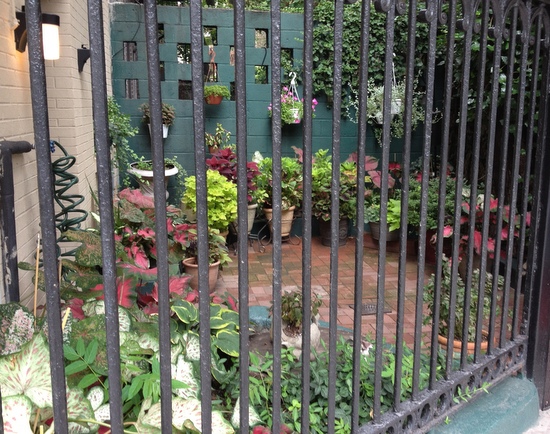 Back on street level, this private garden caught my eye. 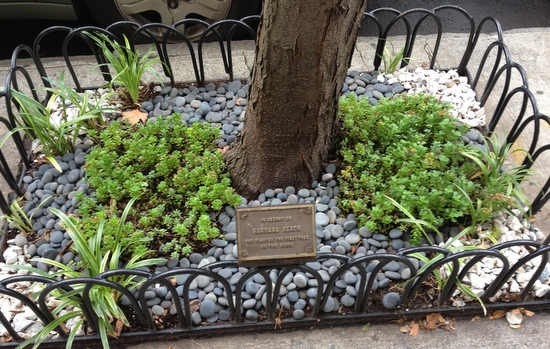 Tree pits are important bits of land in any city and they’re usually boring.  This one shows how much design thought can go into a tiny space. 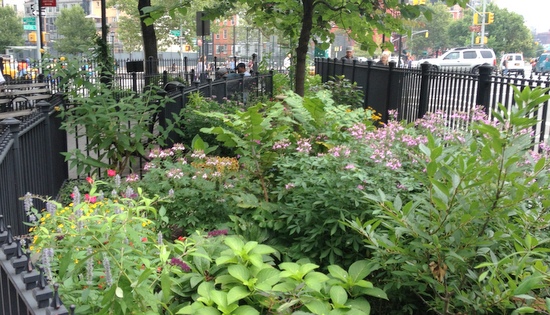 This pocket park around the corner is chockful of interesting plants, plus paths and containers.  New York seems packed with these tiny but prominent gems, which are almost nonexistent in D.C. 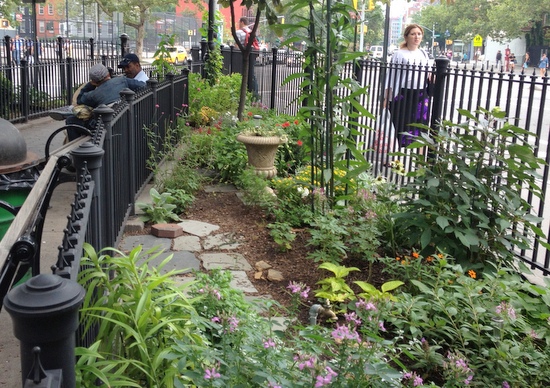 This sunnier, more colorful pocket park below is maintained by Green Infrastructure, a program with 2,500 such “Greenstreets” to its credit. 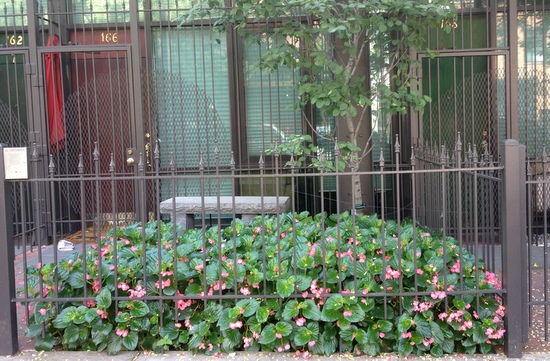 This is part of an entire block of townhouses planted with Begonias, some mixed with Liriope.  It’s hard to capture the effect but in person, I was wowed.

Here’s something I’d never seen before – a “viewing garden.”  (Photo via Google maps).  Which explains, I guess, it being completely fenced-off to everyone but the gardeners.

West of the Village I found Pier 45 and other much-used parkland along the river.  Again I was surprised how nice a bit of lawn can look, in a city with so little of it.

No lawn here in the dog park, but plenty of seating for owners, and a triple-pool water feature. 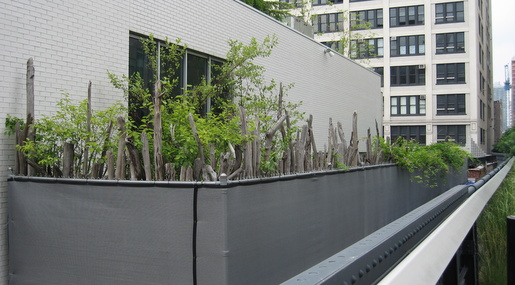 Finally, this balcony is just feet away from the High Line, so the owner naturally needed a bit of privacy.   Very cool solution!