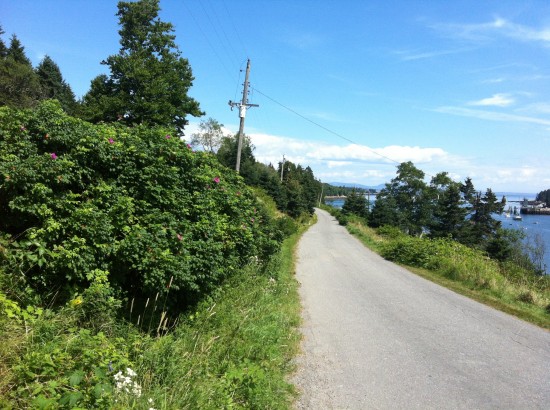 When I first started gardening, I wanted the crazy roses I only saw in books, never in real yards.  The giant shrubs and climbers with the beautiful small flat double flowers.

I had recently moved to upstate New York, zone 4, back when it meant something to be that far north.  When it was possible that the mercury would shrink to below 30 below every night for several weeks at a time. The new friends I was making, older than me and experienced gardeners, said roses could not survive such cold, except for rugosas.

So I ordered rugosas, a full hedge of them.  The problem?  They bloomed all summer, even after the Japanese beetles arrived on July 1. So my experience of these roses was a lovely scent–but flowers that were roiled with screwing and defecating bugs.  Not an appealing sight.

But I always did my research, and careful study, including Michael Pollan’s wonderful essay on roses  in his first book Second Nature, convinced me to try some roses my friends were unfamiliar with: once-blooming old European roses.  They thrived, particularly the albas.  Their beautiful big leaves had a bluish cast.  Their incredibly delicate flowers in pink and white had a wonderful flat, full shape, as if all stray petals had been lopped off by the swords of fairies.  They smelled great.  They bloomed for three full weeks…and finished hours before the Japanese beetles emerged from the ground to give the lie to the garden’s innocence.

I forgot about rugosas.  Until this last vacation week, when my friends Tom and Martha took me on their lobster boat to Long Island off the coast of Maine.  No Japanese beetles.  Just the salty air rugosas are famous for thriving in.  There were giant hedges of them.  They were beautiful, in a wild way.  I detected no fairies present at all.