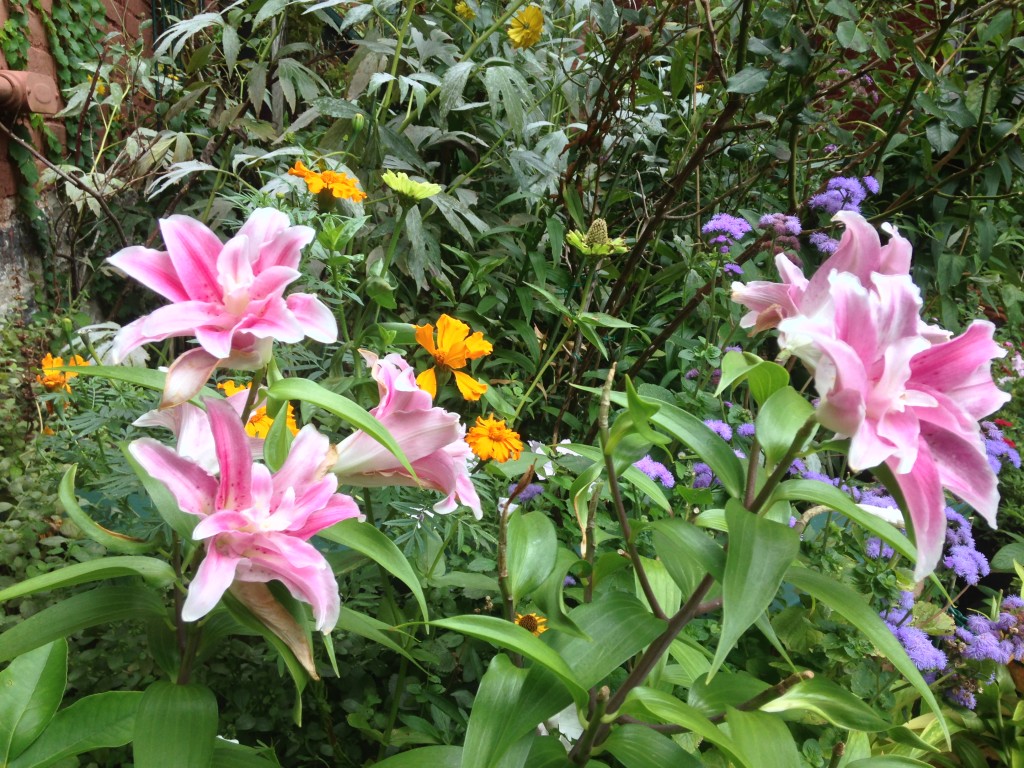 I’m sold. I first posted images of these here last month, when they had already been blooming for a week or so. Well, they’re still blooming and I can envision at least a week more. That’s 5-6 weeks of flowering and scent from a lily plant—enough for them to earn a permanent place in my garden, though I’ll likely keep them in containers. 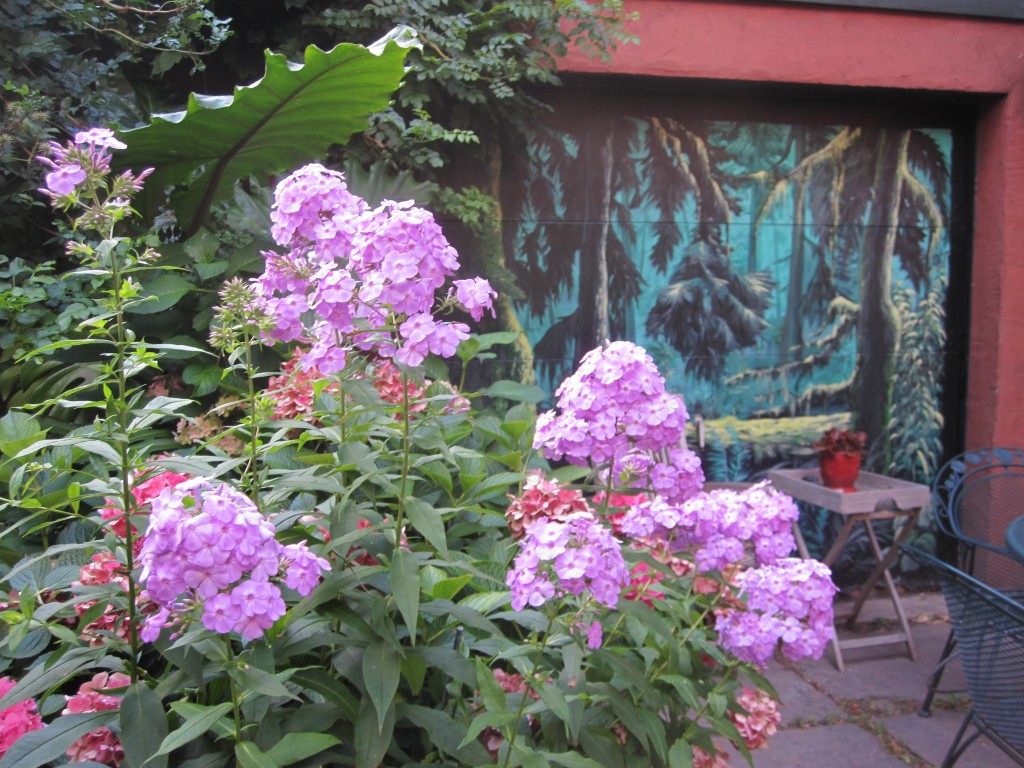 Plant of the season: Phlox Jeana

I bought 3 of these plants from Select Seeds a few years back and now there are at least a dozen, all about 5 feet high, and in bloom since late July. No mildew whatsoever.

“Community cats” (the new term) had been in the regular habit of visiting my garden, leaving unpleasant reminders and occasional plant damage. Coincidentally, I was offered a trial of Havahart’s Spray Away, a motion detecting, solar-powered device that sprays water in the direction of whatever it detects, making a scary rat-a-tat sound as it does so. It’s placed near the gap where they run in and out, and I’ve heard it go off a few times. No sight, sound, or smell of cats since then. I’ve also drenched myself thoroughly attempting to demonstrate it for friends, so there’s that.

Speaking of cats, there was a very interesting interview on NPR’s Fresh Air with anthrozoologist John Bradshaw, who has plenty to say about feral cats, some of which you’d expect (it’s inadvisable to feed them) and some that you might not. Bradshaw suggests that as more and more cat owners choose their cats from shelters and as house cats are routinely neutered, we may be selecting for cats that are bred for street life, and it’s possible that house cats will become—gradually, over time—less friendly as a result. There’s lots more.  Check out the interview here.