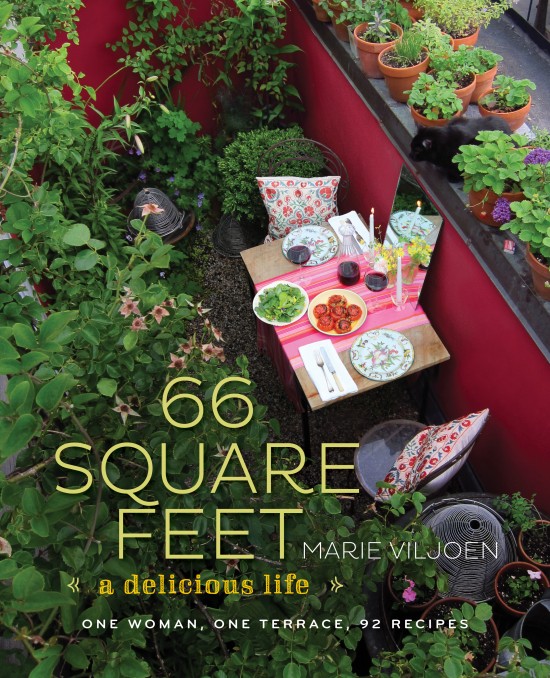 It started with the pigweed that came up in the rose pot on the edge of my terrace. I didn’t know it was pigweed (and even “pigweed” is problematic since the common name belongs to more than one plant). But eventually I whittled down the rose-invader’s ID to Amaranthus retroflexus, and that started me thinking. Amaranth. Aztecs. Ancient grain.

Well, yes. We all know the stately ornamental plant. Statuesque, with rich color, and long tresses of flowers that yield showers of minute seeds – the pseudo-grain of old, a nutritional powerhouse.

Now regard the sprawling green weed squeezing the roots of my Abraham Darby.

At the time I spotted this weed my interest in foraging was still in its infancy, but my desire to learn about new foods was strong.  I started reading. West Indian callaloo? – a blanket term which includes the weedy Amaranths. Huh. And I remembered morogo – a comfort-food stew based on garden weeds – that my second mother, Tipsy Titoti, makes in Cape Town.

So I cooked and ate my pigweed. 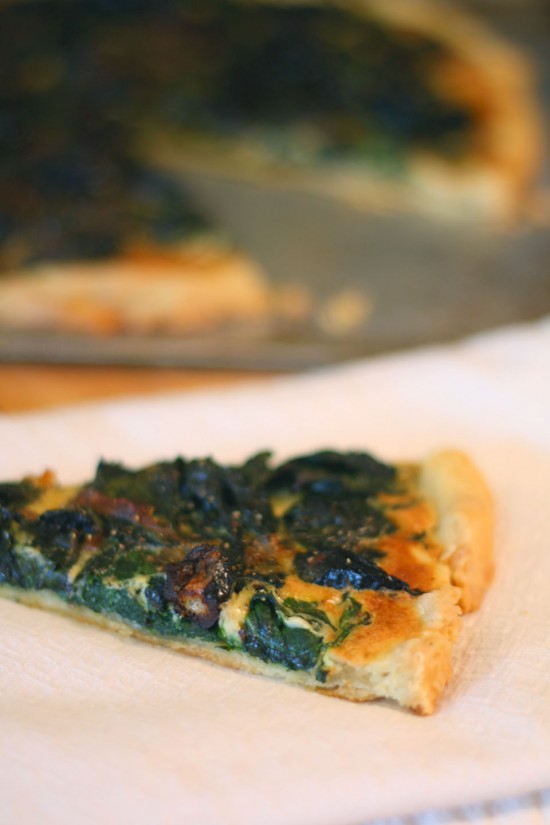 I never looked back.

But I did look up. To the pots that are situated on the silvertop above our apartment, and where there is space to grow some vegetables, a blueberry, Cape gooseberries, salad leaves, and the occasional pumpkin. And pigweed? I headed straight up there and shook my pigweed seed heads about. They grew. I harvested. Cutting re-cutting their bountiful stalks.

Soon, I added lamb’s quarters (Chenopodium album and spp.) to my weed menu.  In summer every year, with pigweed, it tops a southern French-style tart I bake. This year, I learned that quickweed (it grows so damn fast) or gallant soldiers (Galinsoga parviflora) is an excellent leafy green, too, and tossed it with lemony tagliatelle.  I had hated the stuff, which was constantly clogging my tomato pots, ripping up mats of soil whenever I weeded it out.  Raw, it tastes like snap peas; cooked, much like Swiss chard. 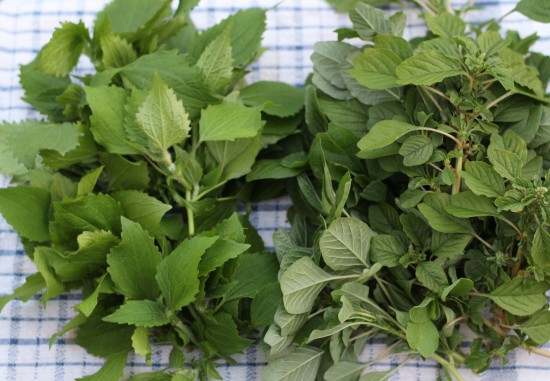 Recently, I gathered enough of these three vegetables and some handfuls of male pumpkin flowers – that’s a whole other story: male flowers: what are they good for? – to cook down into a tender mound destined to feed 60 people. I mixed in some ramp leaf oil that I made last spring, some preserved lemon and powdered sumac, and stuffed the filling into dozens and dozens of phyllo triangles as a snack for a launch party for my new book, in which weeds feature, amongst the other flora of New York and my terrace. I asked my publishers to print some menus for the party.

“Don’t mention the pigweed!” I was exorted, “No one will eat it!” So didn’t. Miffed, I listed only the lamb’s quarter, and snoot-appeal ramps.

And guess what? The phyllo stuffed with weeds disappeared within minutes, an hour ahead of the pork rillettes and the avocado cream. There weren’t even any crumbs left.  Poof.

You could argue that anyone would eat anything folded into a buttery sheet of crispy pastry. Cucumber beetles, even.

But I say it’s because these weeds taste good.

And it’s time to take the pig out that weed. This is a vegetable that deserves a name with respect.

Personally, I vote for “garden Amaranth.”

Do you have a better name for pigweed?  Post it in the comments below for a chance to win a copy of 66 Square Feet – A Delicious Life . 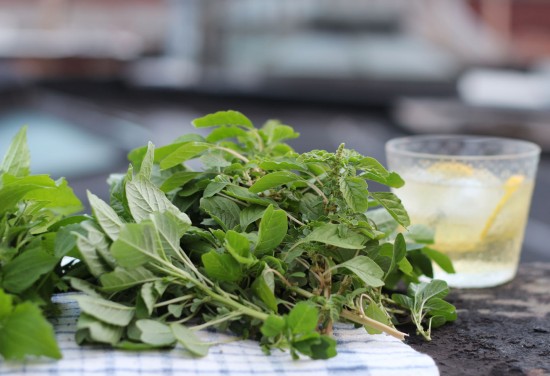 Marie Viljoen blogs daily about gardening, foraging and eating. She teaches at The Brooklyn Botanic Garden and writes for magazines and newspapers about plants and the people who eat them.

Her new book is 66 Square Feet – A Delicious Life (Stewart, Tabori and Chang), inspired by the author’s blog, named after the size of the author’s tiny terrace