I just learned that DC-based but world-class landscape architect James van Sweden died a few days ago after a long illness.  Landscape Architecture Magazine has a nice summary of his importance here and will surely pay homage to him in an upcoming issue.  I had the pleasure of interviewing Jim twice – first at his Oehme van Sweden office on Capitol Hill and more memorably at his home on the Eastern Shore.  I posted about the latter visit on GardenRant back in 2009 and am sharing it again because – just because.

I’ve admired the landscapes of Jim van Sweden and his firm for decades now, and their lawnless “New American Garden” style is finally gaining real traction in the U.S. So when he invited me to the Eastern Shore (of the Chesapeake Bay) to see his country garden, I hit the road.What I found were not one but two of his works – the landscape around his own home, designed by architect Suman Sorg, and Sorg’s garden next door. (Nice barter between old friends.) He calls his garden the “ugly one” because it’s all meadow and big sweeps of dramatic plants, including Rudbeckia maximum, Little Bluestem, Panicum, Mountain mint, and a few I didn’t recognize.  It all adds up to my kind of ugly. 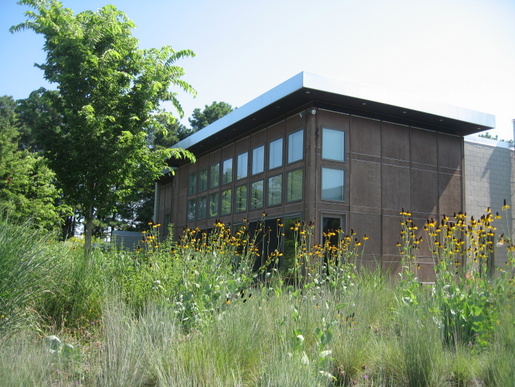 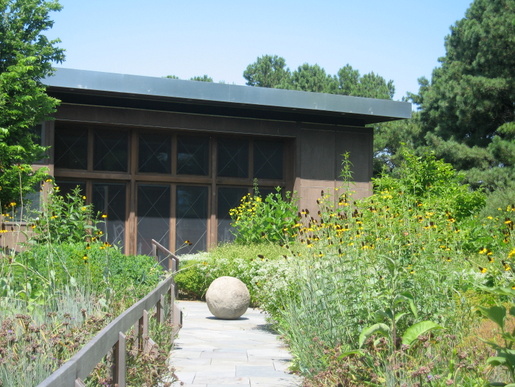 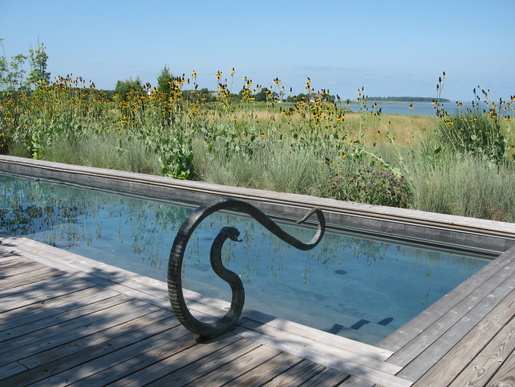 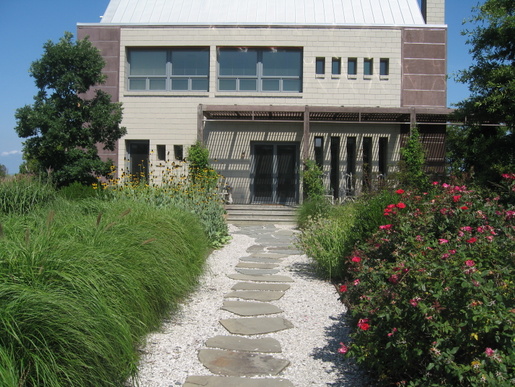 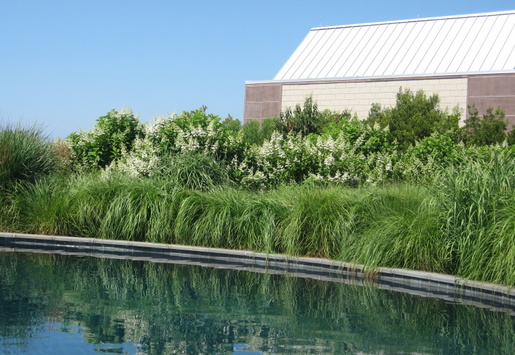 After ogling the gardens and the seaside view, I sat down to pump Jim for stories, and boy does he have them. My favorite was about designing Oprah Winfrey’s $9 million country garden near South Bend, Indiana. She wanted to replicate the gorgeous field in “The Color Purple” and Jim had to give her the bad news – that that was a temporary movie garden (mostly cosmos in bloom) and that a real meadow would take 5-6 years to mature. But Oprah got with the program and spent long hours with Jim choosing every single plant. So what’s it look like? Photos exist but have never been published. (Maybe we can get an exclusive! I’ll summon some blogger chutzpah and ask.)

So how do you sum up the long award-winning career of one the greats in a short blog post? Well, you don’t. But I can send you to his books. And here’s 10 Q+As with him by Garden Design Mag, with full bio and photo. In one answer he declares that he’s anti-lawn and has been for 30 years! As he told me, he’s been designing sustainable gardens all along, since they were called low-maintenance.