One of the many press releases coming my way recently was from High Country Gardens, and I found myself wanting all of its new introductions, especially the Salvias. 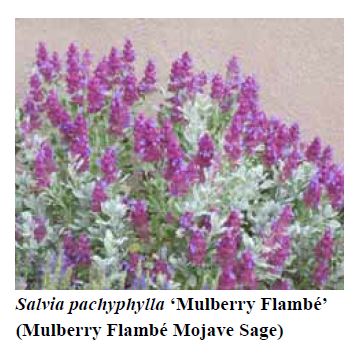 Loved by hummingbirds but NOT by deer or rabbits!  But then I read this quote from David Salman, the company’s chief horticulturist, and was reminded of the many desert-loving plants I’ve killed in my wet Maryland garden (39 inches of rain yearly): “The plants we offer are easy-to-grow, beautiful, and adaptable to a wide range of climates, cold hardiness and low-water conditions.

Low-water only?  So I called David to find out more and to generally whine about my plant losses.  He told me to not even try the far Western-type Salvias (like S. nemerosa cultivars and SW natives S. dorri and S. pachyphyllia), which will indeed perish in the East.  But I should try the European types, like Salvia Greggii and hybrids, which do fine here “with good drainage.” 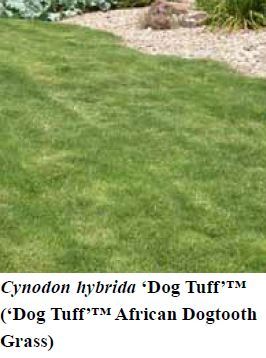 Another HCG introduction is very exciting to lawn reformers like myself – it’s called “Dog Tuff.”  It’s described as very xeric and tolerant of play (by dogs or, one supposes, humans) and dog urine (no test done for tolerance of human urine).  David told me it was brought to the U.S. 30 years ago and discovered by a Denver nursery owner about 20 years ago a few years ago growing on the Colorado ranch where the daughter of the rancher had planted it upon her return from South Africa those decades ago. Now it’s proven its mettle at the Denver Botanic Garden and elsewhere and being introduced to the trade just this year.  Similar to Legacy Buffalo grass, it requires little water or mowing (just every 4-6 weeks) but unlike Buffalo grass, by its third year it’s so dense, it’s weed-proof.   Yes, it needs sun but great news for Easterners – it’s so adaptable, it should be fine in wetter climates, up to 40″ yearly!  It’s even okay in heavy soils.  Dog-Tuff can’t be grown from seed, though, because it’s a sterile hybrid of two S. African grasses.  So, it’s sold as plugs – and I’m writing to U.Md. turf researchers today to relay David’s offer of plugs for them to trial here. 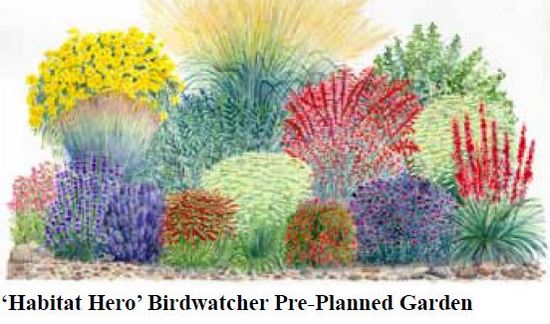 You know those preplanned gardens we seen in catalogs that are (to my eyes) utterly unappealing and also so unreal, those the plants don’t all bloom together, as shown?  Yeah, those.  But there are two of them in HCG’s new introductions, the one above having one the Green Thumb Award from the Direct Marketing Association.  So I rudely asked David – do people actually buy them?  David says boyoboy, do they buy them!  They’re very popular, especially with beginners, who feel more confident using them.  And they actually look great in the garden, which is no surprise since these are designed by none other than Lauren Springer, whom David hired for the job because he didn’t want to duplicate the “horrible designs” used in the typical preplanned gardens.  Btw, this particular pre-planned garden of 14 bird-attracting perennials shouldn’t be tried where rainfall is more than 25 inches annually.

Grasses for the Mid-Atlantic?

Because I whined so much about HCG’s plants not growing for us Easterners, David assured me that several fabulous grasses would grow well here and he’d send me some to trial.  Yay for whining!  The shipment will include, from left, ‘Blond Ambition’ blue grama grass (2011 Plant Select winner), ‘Pink Flamingo’ Muhlenbergia, and Muhlenbergia reverchonii (2014 Plant Select winner).

High Country Gardens is now owned by American Meadows, which is based in Vermont.  Its greenhouses are in Denver, but the research facilities are still in Santa Fe, where David works as its “chief horticulturist.”  Under this new arrangement David is freed up to write and do plant production, rather than run the business.  Here’s his blog, which he updates weekly. 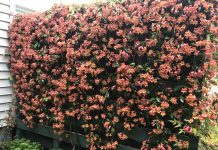