Every January I attend the Mid-Atlantic Nursery Trade Show (MANTS) in Baltimore and even if nothing were new there of interest to me or my imagined readers, I’d love the dose of plants and plant talk and running into people I know.  The show, now in its 44th year, is beloved by the City of Baltimore for bringing thousands of people there this time of year.  Last year it attracted almost 11,000 attendees and almost 1,000 exhibiting companies and this year was even bigger.

Of course the show isn’t for the public but for the “trade,” and people are there to write up orders for the coming season.  Thus lots of the booths are of no interest to me or the typical gardener (e,g, industrial growing supplies) and my guess is that at least half of exhibitors are tree-growers, some from as far as the Pacific Northwest.  So I walk briskly by them and try to find booths more interesting to regular gardeners. 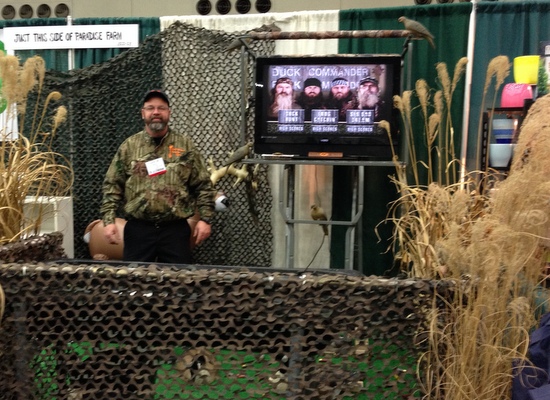 Lo and behold, there was an actual tree-grower whose booth deserved slowing down for!  I don’t even watch “Duck Dynasty” but I recognize those mugs and those beards, and love a dose of humor on a convention center floor – even the “bitter gun owner clinging to my religion” dig at President Obama!  The display had nothing to do with trees, of course, but exhibitors note – everyone stopped at this booth! 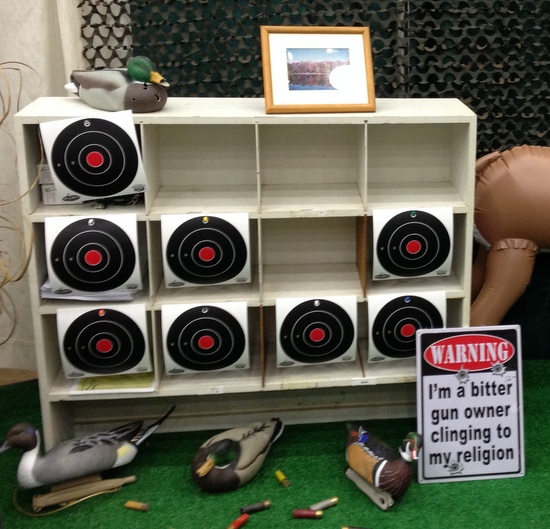 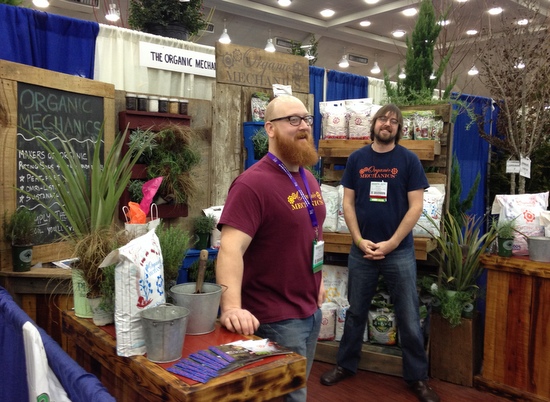 Politically and culturally I probably have more in common with Michael Betterly and Mark Highland, the equally hirsute guys from Organic Mechanics.  Hey, how do you tell the hippies from the anti-hippies these days?  By reading their bumper stickers, I suppose. 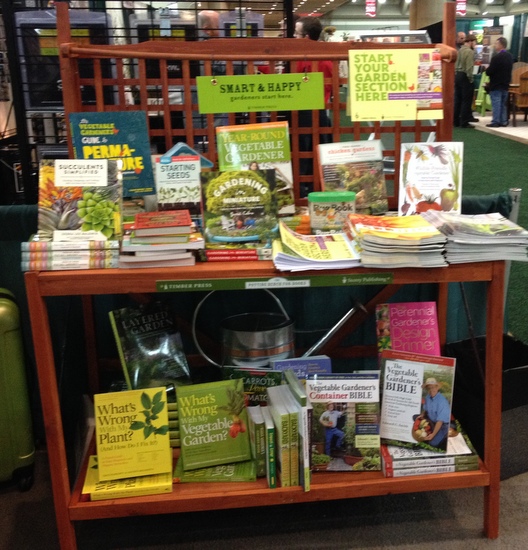 Loved seeing Timber Press at the show (especially the book with my former garden on the cover – gets me every time.  And I noted it’s on the “best-selling backlist.”)  And I love this cool display bench for garden centers.

In Timber’s 2014 spring catalog I’m most excited about two new releases – Ranter Evelyn Hadden’s Hellstrip Gardening, and Living Landscape, the much-anticipated collaboration of Doug Tallamy with his pal Rick Darke.  Because as smart as Doug Tallamy is, he doesn’t give a damn about appearances, but designer Darke sure does. 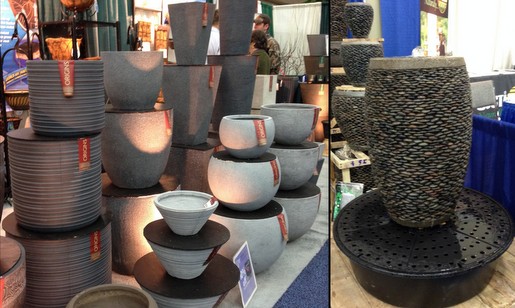 As for products I’d like to see in my local garden store, my top choices are the good-looking, lightweight and winter-proof pots on the left and the plug-in fountain on the right.  Love the sound of water; have no intention of ever having a pond.  Plug-ins forever! 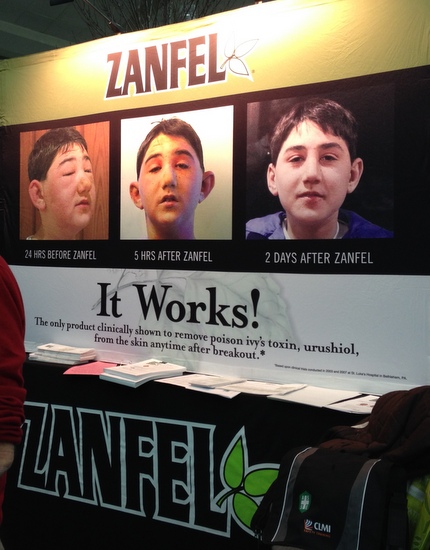 One last booth that caught my eye because it was jam-packed with people talking about the product.  But a little research about this poison-ivy treatment tells me to save money by choosing Mean Green Hand Scrub instead – $20 for 60 ounces versus $40 for a 1o-ounce tube.  Thank you, savvy Amazon reviewer!

For an overview of the show and some nice interviews, I like this video by Doug Oster for the Pittsburgh Gazette.

I also enjoyed the first-ever breakfast and meet-up for the garden media – so thanks, MANTS, for making that happen!  Another treat was lunching with one of our new Rant partners – Allen Bush, manning the booth for Jelitto Seeds.