Richard Benfield is gradually infiltrating this blog, one Ranter at a time. He’s the Central State Connecticut U. geography professor named the world’s leading authority on garden tourism – and that was before his Garden Tourism book was even published.  So naturally he’s been to Buffalo, the city leading the charge for garden tourism with its fabulous Garden Walk, and there he is chilling in Elizabeth’s garden, a photo I grabbed from her 2011 post about garden tourism.

Then last month I got to hear Richard expound on garden tourism to DC’s public-garden employees and volunteers at the National Zoo, part of the Smithsonian Gardens’ terrific in-service training when it’s too damn cold to garden, anyway. (Though it proved to be a great chance to see pandas munching bamboo in the snow.)  He’s shown above left with Cindy Brown, Smithsonian horticulturist and pal of mine. 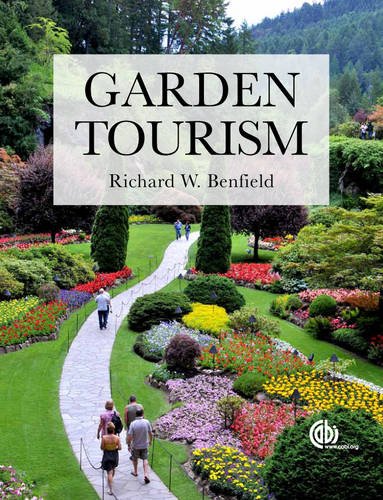 Here are some take-aways from Richard’s talk.

– The American Public Garden Association doesn’t track visitor numbers – maybe, Richard half-jokingly suggested, because it’s packed with botanists, pure plant geeks who don’t really want visitors tramping through their garden in the first place.  So he started collecting data on the subject in 1997, and has learned a lot.

– Interestingly, domestic garden tourism is year-round.  Data from the Travel Industry of America indicates travel occurs in these percentages by season: spring 23%, summer 33%, fall 24% and winter 20%!   Seniors especially travel year-round, and also spend more money than any other group, in addition to being the most sophisticated and adventuresome group of tourists.  (Go, Boomers!)

– Tour operators say that having gardens on a tour is a strong factor in people choosing it.

– There were an estimated 78 million visitors to U.S. public gardens in a recent year – more than to Las Vegas and Orlando combined! Over a third of world travelers visit a garden during their trip.  Yet the economic impact of garden tourism has not been calculated.

– What kinds of ads for public gardens work? Ones that show families or romance or as outlets for stress relief, not just gorgeous gardens.  But gardens had better not market solely to two-parent-with-children-at-home families, which only constitute 24% of all households domestically.

– Compared to beaches, garden-visiting is quite varied, with people strolling, reading, having weddings, taking photos, romancing, and so on.  And about romancing, Richard noted that gardens are “ethnically acceptable” places to do that, as evidenced by their acceptability by Orthodox Jews as a place to court.  All right!

– Compared to attractions like casinos and amusement parks, gardens lift our spirits, and are inexpensive to visit.

– When surveyed about why they visit gardens, the top answers by visitors are: to be outdoors, for the beauty, stress relief, and as a place to socialize.  Note the absence of: to learn about plants and gardening.  Other studies have shown that learning about conservation is also not a big draw for visitors.

– Ninety percent of visitors to public gardens are happy with their visit and 96 percent say they’re likely to return.  Garden visitors spend an average of 2.5 hours visiting individual gardens.

– The majority of garden visitors are female, and “older,” but visits from younger people are on the rise.

– Entrance fees don’t seem to deter visitors, as shown by the popularity of North America’s most visited gardens – Longwood and Montreal – both of which have fees.  Montreal Botanic Garden charges $33 and had 1.5 million visitors last year.

– Making gardens more fun is a successful strategy for increasing visitorship.  For example, adding Lego statues to a garden in Ames, Iowa increased visitorship from 90,000/year to 350,000/year.  And the giant, smelly Titan arum at the U.S. Botanic Garden really drew the crowds.

– Listen up, garden centers!  Apparently many of them are seeing increased business thanks to new signage at their local public garden, which are starting to include codes for cell-phone users to look up local sources to buy each plant.  It’s a practice used widely used in Massachusetts.

In 2013 the very first Conference on Garden Tourism was held – in Toronto – and the word is getting out about the value of garden tourism, and how cities can succeed at it.  Of course Buffalo is a great example, but so is Santa Barbara, where the gardens have consolidated their garden marketing efforts due to the lack of government or other funding for marketing, and it’s working.  Canadian cities, unlike their American counterparts, do receive government assistance to market their gardens. 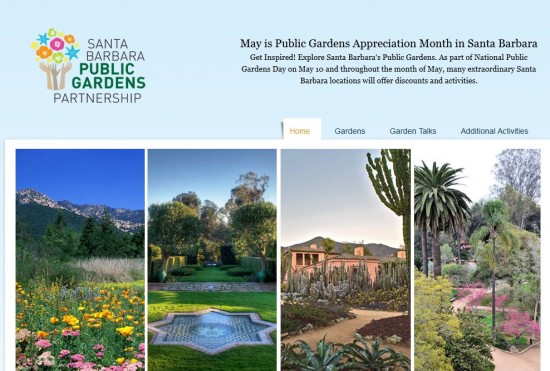 DC Gardens, Here We Come?
Richard’s talk was so convincing, it got me talking with people at DC’s public gardens about a project to promote them collectively.  We may not need to convince people to visit DC – the city’s already a huge draw – but letting people know we have more than just cherry blossoms would be the goal.  Another would be to attract more locals, especially the hoards of veg-gardener wannabees eager to learn, and who have no idea that public gardens teach. 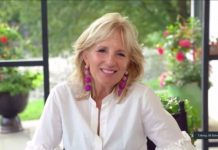 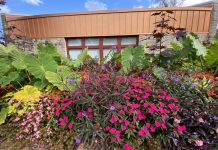