Kurt Bluemel defied the odds most of his long, illustrious life, so no one was ready for the inoperable, rare liver cancer that was diagnosed a few weeks ago.

After all—and perhaps for evermore—this is the legendary Der Gras König, the King of Grasses. Our king’s legacy deserves a long reign.

Kurt Bluemel is a great American success story. War-torn refugee immigrates to America in 1960 and makes a mark with his spade and his intellect. He digs graves with proficiency and plants gardens with panache. He starts Kurt Bluemel, Inc., in 1964 in Baldwin, MD, then proceeds to help turn American landscapes toward broad sweeps of ornamental grasses and perennials. He keeps an internationally renowned nursery and design business humming along for over 50 years.  And he leads the American Horticultural Society and the Perennial Plant Association.

I had been in Death Valley and the Mojave Desert with Kurt and the Ratzeputz Gang in early April. The news of Kurt’s illness was deeply unsettling to all of us.

The doctor at first gave him a couple of months to live. A few days later it looked like it might be a couple of weeks. And then maybe he’d be lucky to make it to the weekend. I flew to Baltimore last Wednesday afternoon to meet the Ratzeputz Gang so we could see Kurt. We didn’t make it. Kurt died in the early evening, an hour before we could get to the Hospice facility. The charismatic lover of life was 81.

Our first instinct was disbelief, followed by, “Wait a second, Kurt, you’re not going to give us a chance to see you one more time?”

It was closing time at Chili’s Restaurant in suburban Timonium, Maryland, before we had our last shots of tequila last Wednesday night. We had begun our disorderly and anguishing good-byes to Kurt.

The next morning we drove to Kurt and Hannah’s place in Baldwin, MD.  It was a beautiful Thursday. The place looked lusher than ever. The propagation house was filled to the brim with seedlings and cuttings. Stock plants were being lined out in outdoor beds; the research and development greenhouse was filling up again. (There is good mojo at Kurt Bluemel, Inc. The loyal staff is proud of their work. It shows.)

We lingered solemnly in the garden. This is the playground and trial ground of a plantsman who never had a boring day.

Kurt’s extensive, private peony collection was still showing late season color. I’m a sucker for big, blowsy peony blooms. The semi-double, pink flowering ‘Mons Jules Elie’ caught my eye. And, in the garden, there were Baptisias, Rodgersias, Chrysogonums, Iris and other perennials that we recognized in bloom. And, of course, his beloved ornamental grasses were everywhere.

There were plant surprises that left us scratching our heads. Asphodelus aestivus was new to me. Pierre Bennerup remembered that Kurt had collected seed on Mallorca in 1994, when we traveled there as the guest of founding Ratzeputzer, Klaus Jelitto, to celebrate his 65th birthday. The recent cold, Maryland winter didn’t faze the Mediterranean native plant a bit.

I never could figure out how Kurt could grow Lewisias so well in Maryland’s summer heat.  Summers are just as hot in Louisville. Captain Meriwether Lewis and William Clark began their expedition in Clarksville, IN, across the river from Louisville, in 1803.  Lewisia rediva, a Portulaca relative, was discovered in 1806 by Lewis in Montana’s Bitterroot Mountains and named in his honor. I’ve failed to grow Lewisia in Kentucky countless times.  Kurt would often tell me I didn’t know what I was doing.

Just a couple of years ago, Kirk Alexander built a mountain stream for Kurt and Hannah, down their back garden slope, during a miserably cold and wet March. The construction was a stunning artistic and engineering job. The plantings have filled in beautifully. The steam was covered with mats of blue-flowering forget-me-nots.

The Ratzeputz Gang—Kirk Alexander, Pierre Bennerup, Dave Schultz, Steve Still, Georg Uebelhart and I—spent Thursday afternoon and evening with Hannah and her daughter, Nan Kirsten Forte, and son-in-law Steve. Kurt’s sister, Monica Burwell, was there, too. So, too, were Kurt’s daughter, Cathy Betz, and her sons Alexander and Christopher.

The nursery will continue. It’s in good hands. Hannah hopes to return to the office in a few weeks. Cathy Betz tends the Eastern Shore operation. Kurt’s grandsons, Alexander and Christopher Betz, grew up on the nursery and have been groomed to assume a larger role. Dave Schultz, who has had more experience with perennial and ornamental grass production than anyone, anywhere, will carry on at Kurt’s Florida Floraland operation. He will be invaluable to everyone during the transition.

We gathered at the table, held hands, drank fine Bordeaux, reminisced and told silly jokes that Kurt had loved.

We laughed and cried. 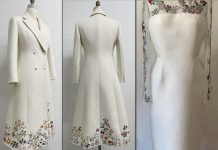