Hey, bloggers among you, have you ever checked to see which of the photos you’ve published are pinned to readers’ Pinterest boards?  It’s kinda fun, and here’s how.  For this blog I went to: www.pinterest.com/source/gardenrant.com.   You get the idea. 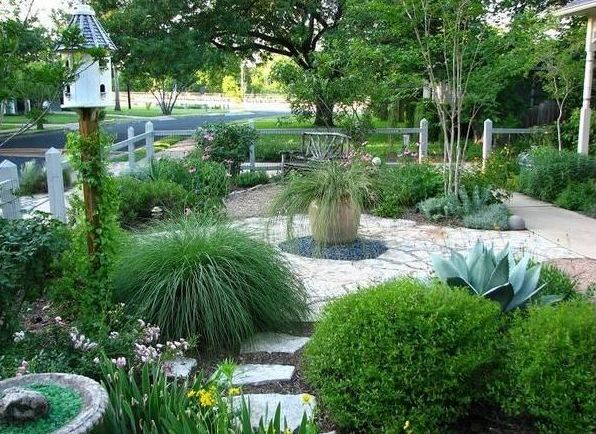 Pinterest only displays the most recent but I’ve been checking for a few months now and in all of Pindom there’s one Rant photo that’s apparently more beloved than any other, and it’s by another blogger of her very own garden – Pam Penick at Digging.  It was a year ago that her guest post with the photo above was posted but there it is, month after month living seemingly forever on Pinterest.

I was glad to see that Evelyn’s book covers are very popular.  Also popular  is a Saxon Holt photo of succulents, and Elizabeth’s rose photos from her very own garden are huge this time of year. 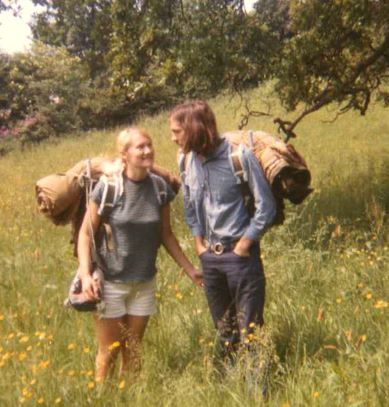 Above, three more photos I’ve seen lots of – Jim Charlier’s Buffalo garden in the center, and progress shots from my former and current garden.

Sometimes it’s fun to discover what boards your photos have been pinned to, and the comments can be a treasure trove of ego-stroking – or not so much.  Someone pinned this photo of myself as a 20-year-old backpacker and the Pinterest board it now lives on is called “Barefoot Hippies.”  I can’t find it now but I swear to you that most of the photos there were bare-everything, not just feet. 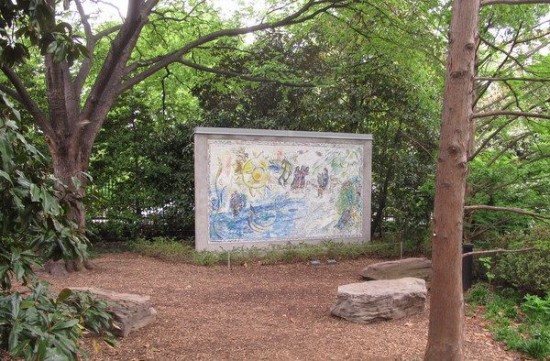 Another photo pinned is of a huge Chagall mural at the National Gallery of Art’s Sculpture Garden and I love this comment by the pinner:   “Cool mural in city garden.” Try this at home, city gardeners!

Browsing Pinterest always leads me to my complaints about it, though.  Like when a pin is linked to just the photo,  instead of to the article it illustrates.

The much bigger complaint about Pinterest is aimed at the unknowable quantity of photos that were pinned but not linked back to the source, which is always the case when the link is to Google  Images or Flickr, both common practices.  I’m just a blogger with a camera, not someone trying to make a living as a photographer, so Pinterest bugs me especially for them.