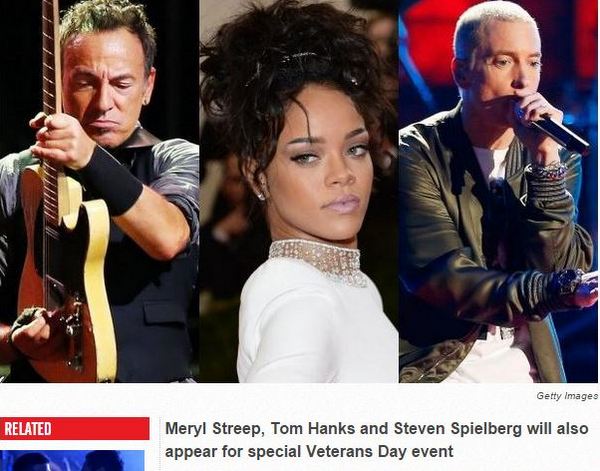 Tonight, in celebration of Veterans Day, one huge concert will take place on the National Mall, with headliners like Bruce Springsteen, Rihanna and Eminem. You can watch live it on HBO if you’re a cable subscriber, whether or not you pay extra for HBO. Or if you live nearby you can be one of the 800,000 expected to attend, thanks to heavy promotion and great weather.  (Though it sure won’t be easy attending, and warnings and instructions abound in local media.)

But enough about the show; what about the damage those 800,000 people might do to the  Mall’s newly restored and super-expensive lawn?  Well, Rant readers, rest assured that your local correspondent investigated the preparations for the concert and has concluded that the turf will probably survive. Or so I’m assuming, because the extent of the turf protection is massive, as you’ll see.

Above is the stage, some color-adjusting TV device I don’t understand, and what looks almost like an ice rink. 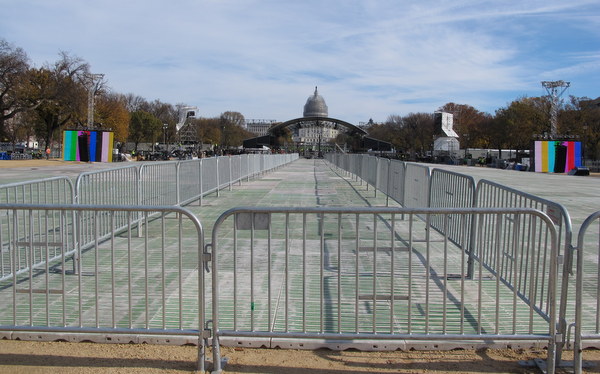 But in this closer shot you see it’s some kind of green and white panels being installed.  The Washington Post explains:

The flooring that will be installed is called Terraplas, according to the Trust for the National Mall. It lets in light and water and won’t harm the turf. It can be removed afterward. And all will be well as long as it’s not down for too long.

According to new Park Service rules, event organizers have to pay to protect the grass, and I’m sure that acres of Terraplas aren’t cheap to rent, install and remove.  But hey, neither is the turf, with its $40 million price tag. 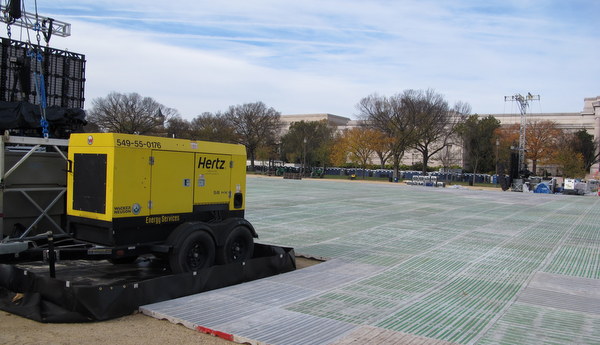 Still, I can’t help but wonder about the cost of this whole turf-protecting operation and how many events have room for it in their budget. Very few, I imagine, which is how many events we’ll be seeing on the Mall in the future under the new turf-protection regime. Unpopular as these new rules are (they supposedly limit our right to assemble, among other complaints), if we want turf here instead of bare soil and mud, something had to change. 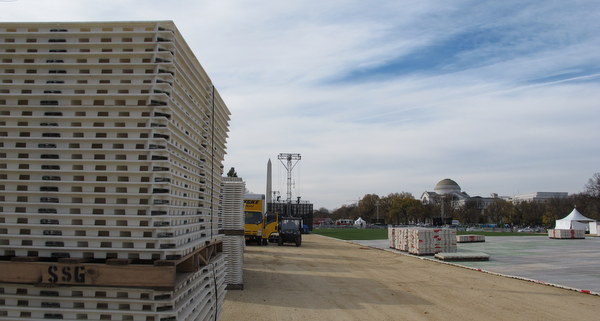