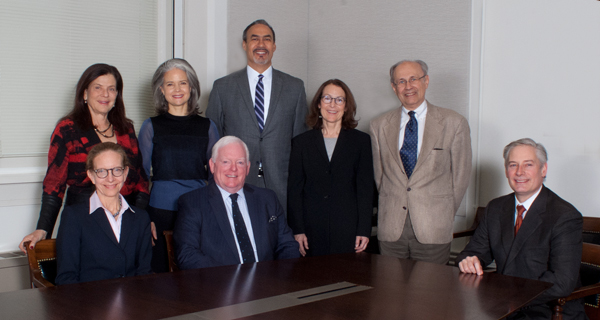 Here in DC, big projects that affect the look of Washington and our enjoyment thereof must be approved by all sorts of agencies, but my favorite and the one I’ve seen make the most improvements through their review is the oddly named U.S. Commission of Fine Arts.  Its website explains that they review important projects like memorials, public spaces, public art, big urban design changes, military cemeteries around the world, but also coins and medals, and even private homes if they can be seen from a national park.

Since the Commission’s beginning in 1910, when Frederick Law Olmsted, Jr. was an original appointee, it’s never had more than one landscape architect serving at a time.  So it’s a really big deal that suddenly, three of the seven commissioners are landscape architects. They are Dean Beth Meyer at U.VA, Mia Lehrer  from Los Angeles, and DC’s own Liza Gilbert.

So why the change from architects to landscape architects?  Maybe it’s because of the 2009 sustainability goals for federal properties, which requires lots of landscape expertise on the CFA.  Landscape Architecture Magazine boasts that “The appointment of three landscape professionals confirms that landscape architecture’s contributions are fully recognized at the highest levels of government,” and that’s no doubt true.

But wait; two of the architect members are really urban designers and planners, so their expertise overlaps with that of landscape architecture, and they pay plenty of attention to outdoor spaces.  One is Miami architect/city planner Elizabeth Plater-Zyberk, a leader in the New Urbanism movement and a designer of Seaside, Florida. The other is architect/urban designer Alex Krieger, who teaches at Harvard and consults for cities all over the world.  Filling out the current board are architect Phil Freelon and Chairman Rusty Powell, who happens to also direct the National Gallery of Art.  On the far right in the photo is top staffer Tom Luebke, also an architect.

Two others with landscape expertise have served on recent Commission panels – Witold Rybczynski, a big writer and thinker about cities, and landscape architect Diana Balmori, an early advocate for less lawn.

All over town, the memorials and big projects that visitors and locals see and love have been made better by these folks, who serve without pay.  Expenses only. And as a long-time resident and lover of this city, I thank them for their service.

I’m writing about this little-known agency now because I recently retired as its provider of transcripts for 18 years, during which time I sat at their table while the world’s best (and occasionally worst) architects, landscape architects and artists presented projects, which the Commission members then discussed openly and with surprising frankness when it was needed, which was often.  And unlike virtually all the other clients I ever worked for in that capacity (especially Congressional committees!), I’ll actually miss the Commission of Fine Arts, in no small part because of its cumulative smarts about landscapes and urban spaces, now more than ever.

I’m sure I’ve learned a thing or two about design from attending so many design review meetings over the years (and previously, the city’s urban planning board).  One that comes to mind is something I heard former Chairman J. Carter Brown say dozens of times to applicants – “Have the courage of your convictions!” – which has occasionally emboldened me to be less timid in my garden-making, and occasionally in life.

Plus, the landscape architects who’ve appeared before the CFA over the 18 years have left their mark on me, turning me into a cheerleader for the profession.  That’s what happens when you hear geniuses like Lawrence Halprin, Laurie Olin, Peter Walker, Michael Van Valkenburgh, and Kathryn Gustafson passionately present their visions for great outdoor spaces.  At least that’s been the effect on this gardener.

Finally, I’ll miss the terrific staff and have threatened to stop by sometime when I’m near their offices in the fabulous National Building Museum.