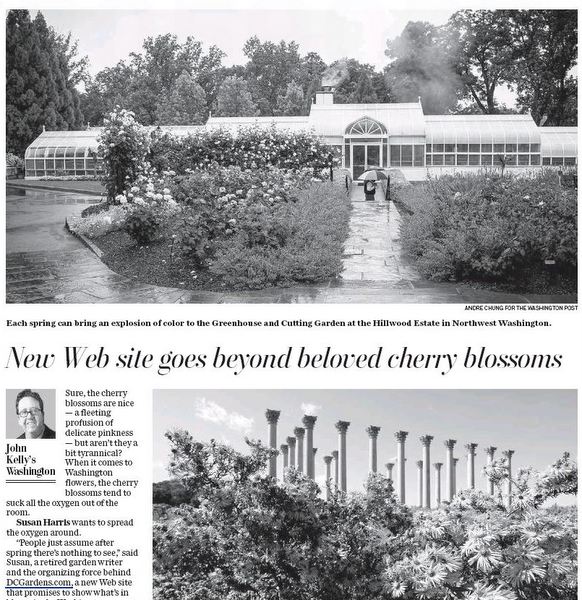 DCGardens.com and its local supporters are loving the feature about it in the Washington Post this week. Reporter John Kelly chatted me up for an hour and then called a photographer I recruited to join the cause after spying him with his tripod and expensive camera at the National Arboretum.

The story looks best in print, with large photos of Hillwood Museum and Gardens (top) and the Arboretum (bottom).

Online Kelly links to DCGardens several times and also to our Indigogo campaign.  In my daydreams I didn’t imagine publicity this helpful. 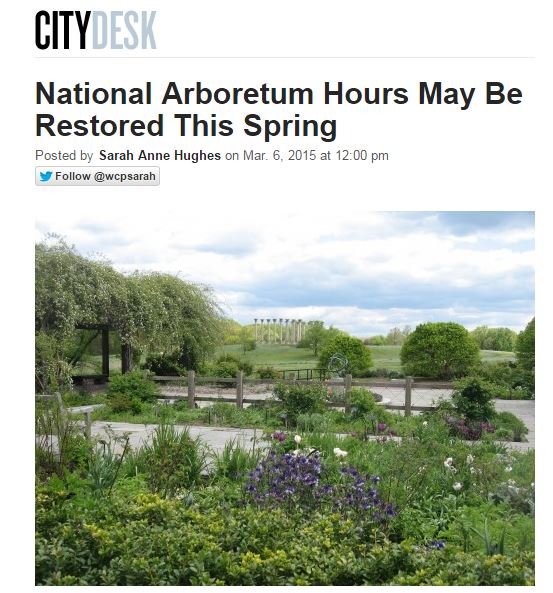 I also contacted Washington City Paper, and they published a terrific piece about restricted public access to the National Arboretum, including our campaign for its full opening. Reporter Sarah Hughes lives near the Arb and loves it.  City Paper used three of our photos in the story so we’re pleased as punch. 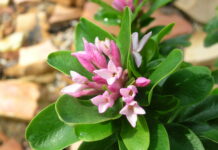 Fear, Loathing, Capitulation, Relapses, A Cry for Help, and Another Empty Promise to Do Better; In a world of unfairness and charlatans, these are...