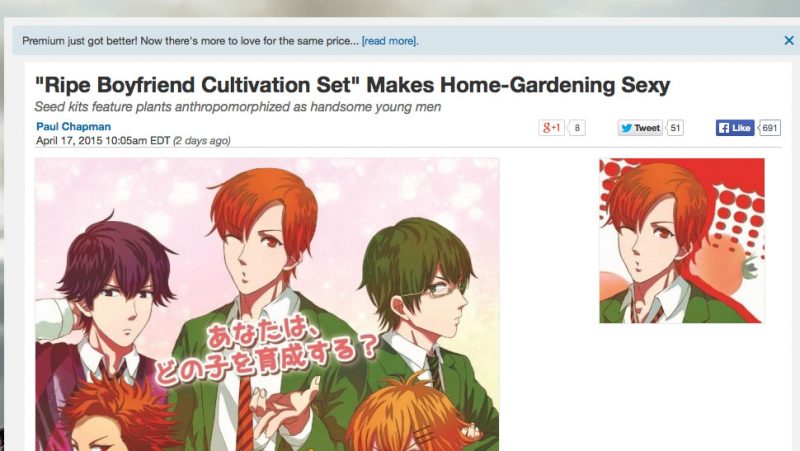 What do gardening and Japanese anime culture have in common? There are probably a number of strange intersections, but this is the only one I know about. And it’s weird. The Ripe Boyfriend Cultivation Set home gardening kits ask us to imagine vegetables and herbs as sexy young men. (Sexy in that anime kind of way.) You get seed packets, potting mixture, and containers. Each variety is represented as a different hottie, with some obvious characteristics—baby carrot has orange hair, eggplant purple, and arugula a dark sage green. Their cute preppyish outfits are also color coordinated. 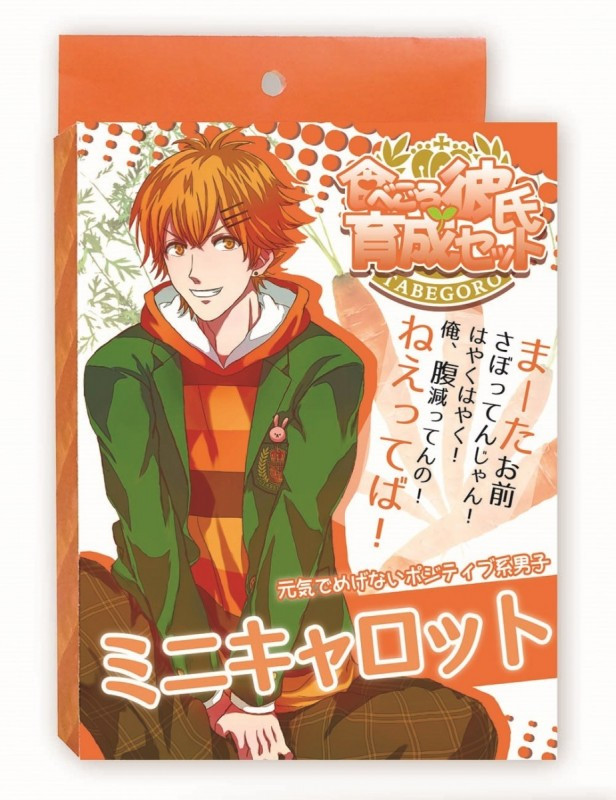 There are no girl veggies, and I can’t decide how the sexism is intended—is it than only women would grow vegetables, or is it that it would seem too abusive to grow, cook, and eat girlfriends? And that’s only the hetero speculation. Here’s how Crunchyroll.com, where I saw this, explains it:

The idea is that you’re supposed to nurture the crops as you would nurture a relationship with a sexy, sensitive guy. In a sense, the plants become your boyfriend. Then, when he is ripe, you devour your boyfriend. Or chop him up and add him to a stew. 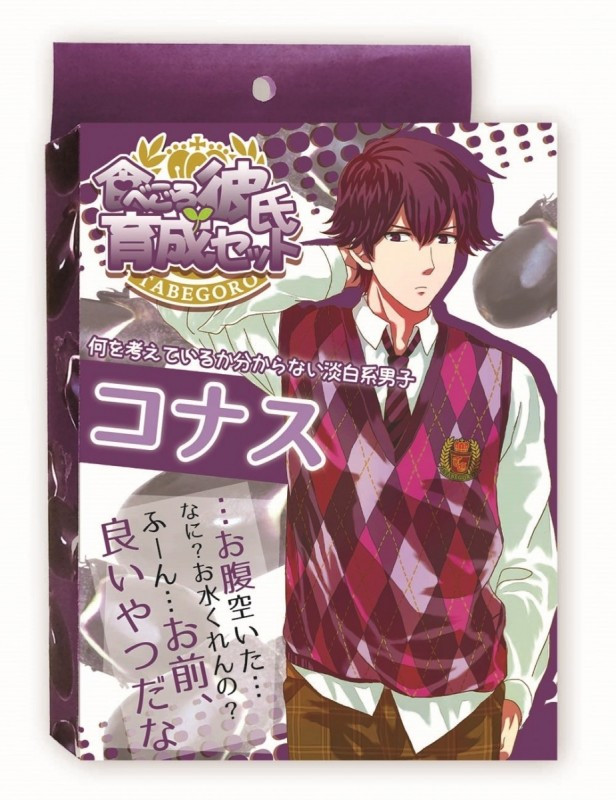 Pagan sacrifice, fertility rites, and plain old cannibalism all come to mind. And the scene in Animal House when they discuss whether cucumbers are sensuous or sensual. It seems a harmless enough gimmick, though I kind of doubt  it would seriously  encourage young people to grow healthy food.