It would be a stretch to call our reconstituted former hay field a prairie. What we have is a beautiful contrivance—a make-believe prairie.

Contrary to popular belief, Central Kentucky never had any prairies or savannas. The Inner Bluegrass was a deciduous forest with maple, bitternut hickory, ash, elm and walnut with “dense canebrakes” of native bamboo.

Any openings would have been created by herds of buffalos, until Native Americans made clearings and white settlers started building strip malls and car lots.

Now there is a prairie—of sorts. It’s the first of its kind on Knox Lane in Salvisa, Kentucky.

There are plenty of installed prairies or meadows—whatever you want to call them—scattered around Kentucky. Nearby Shaker Village has over 1,000 acres in native grasses and perennials.

I first visited real prairies in Kansas and Nebraska in late May 1997 with my Jelitto colleague Georg Uebelhart and with Larry Vickerman, formerly of the Dyck Arboretum in Hesston, Kansas, and now with Denver Botanic Gardens at Chatfield, Colorado.

Larry gave us our first introduction to these remnants that had escaped development and the moldboard plow. The Great Plains are beautiful. I was immediately seduced. Baptisia minor can do that to a man already smitten with the botanic world.

The following year I was invited to speak to the Hardy Plant Society in Eugene, Oregon. I wanted to share my new love. I pitched a proposed talk: Plants of the Great Plains. They took the bait.

Two minutes into the slide show, I knew I was dead in the water. I tried desperately for the next hour to convince the audience that Post Rock, Kansas, was as thrilling, for sheer plant enjoyment, as England’s Chelsea Flower Show.

They weren’t buying it. I could read it in their eyes: Where were the towering English delphiniums? I thought they’d be fascinated with the humble Delphinium carolinianum subspecies virescens that I saw growing in a ditch in the Kansas Flint Hills. 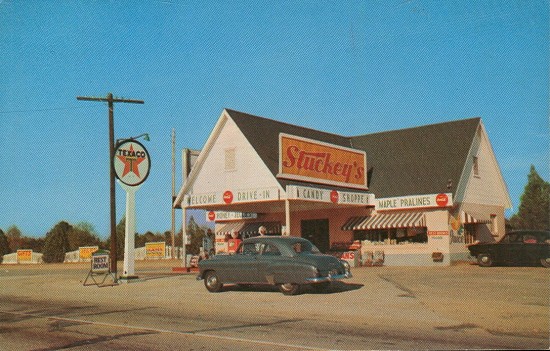 I understand, now, why the audience looked at me so quizzically. The common approach to driving across Kansas is to step on the gas and hightail it out of there. I can only guess that none of Oregonians had every stopped in Kansas except, perhaps, for a Pecan Roll at Stuckey’s.

Or, I realize now, it is possible: My talk was dull as dirt.

When I started itching for my own Fruited Plain four years ago, I called nurserywoman Margaret Shea of Dropseed Nursery in Goshen, Kentucky. A do-it-yourself prairie was new to me. Well, not entirely new, but Margaret helped bridge many of the gaps.

I was earnest at the outset of our new, two-acre prairie adventure. I wanted to sow only native provenance seeds, sourced from wild areas in the region, but eventually I started to stray. It’s all such elaborate mimicry, anyway.

I veered off course in 2013 and planted seeds of Baptisia minor, collected from a site in middle Tennessee. Asclepias verticillata and Rudbeckia triloba ‘Prairie Glow’ came from Jelitto Perennial Seeds. (There are perks for being on Jelitto’s payroll. I have the key to the company’s extensive inventory of nearly 4,000 seed items.)

I hadn’t drifted too far from my original intent. The sown species were still all Kentucky natives, although they weren’t strictly local provenance.

I’m excited about this fourth year. I’ve learned a lot. I love my native flora and am very protective of what grows on the farm. But, as a gardener, I grow what interests me. And this means native and non-native trees, shrubs, perennials and bulbs are all welcome inside my big tent botanic revival.

My conscience is clean. There’s no doubt that I have added substantially to the potential for pollinators, butterflies and that this naturally benefits everything within our flight of fancy.

But there are non-native misfits, not of my doing, growing on the farm as well. I’m battling garlic mustard and making some progress. There’s considerably less of it than when I started. I wish I could say I’ve whipped wintercreeper and bush honeysuckle into submission, but that may never happen. I am trying, but there’s still a lot of it.

Our prairie is not gardenesque. Nothing is staked or clipped. Still, it’s nonsense to think you can simply cast seed onto bare dirt and get anything but a smidgen of it to germinate.

Our prairie wasn’t cheap to develop, and it required several hours of work each week during the first three years to get it established. (Don’t let anyone kid you that there are teenagers around, willing to lend a hand for a little spending money.)

The prairie is not static: It will look different this coming season from the way it looked last year. Well, that’s true of our gardens, too, but the prairie will be mostly on its own from here on. I’ll continue to spot-weed a little bit, burn it every few years, but by and large, seeds will blow around our little prairie and a very small percentage might—if we’re lucky—germinate and carry on. And the black locust, boxelder and walnut seedlings can’t be burned out. I’ll have to contend with them.

What else have I learned?

I had an awakening with our first burn—with the help of my good friend, the landscape architect and pyro pro, Mac Reid. I discovered that I am a pyromaniac. The burn was very exciting. I’d like to burn a prairie every night.

And I’ve crossed a threshold.

Not only is the notion of a prairie in the Bluegrass region of central Kentucky a lovely manipulation, there is no way—I repeat no way—to get rid of a few unwelcome species. In the first three years, I did what I could do with Canada thistle, Johnson grass, chicory, Queen Anne’s lace and burdock, but nut sedge can’t be budged.

When I burned the prairie on a still night in January I learned that the annual weedy foxtail is a great fire starter. So the foxtail is here to stay.  And I doubt nut sedge can be shaded-out by other, taller species like compass plant, goldenrod, switch grass or asters, but time will tell.

I’m relaxing my rigid ban on planting non-native Kentucky species in our prairie. I’ve always had a soft spot for hollyhocks. I asked Jelitto to send me 100 grams of the Russian yellow hollyhock, Alcea rugosa. I sowed it around the prairie in March.

The current count stands at one sown non-native species.

I hope I can make a happy home on the prairie for a longtime Russian friend.