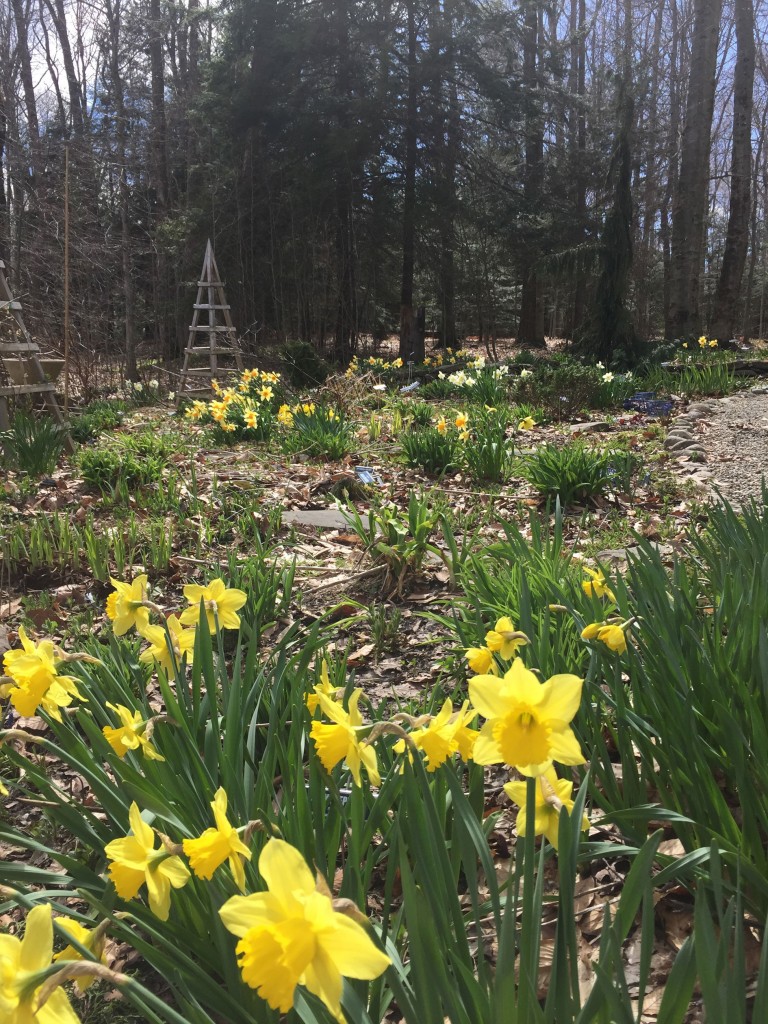 Of the thirteen-plus acres they own in the exurban wilds of outer Hamburg in Western New York, Mike and Kathy Shadrack garden only about three and a half, but these cultivated areas represent hard-fought victories wrung from continuing struggles with shade, slopes, rocky soil, and hungry animals.

The Shadracks’ property, Smug Creek Gardens, contains a shallow slate creek (which runs under the house), a terraced slope, a deck overlooking the creek, and surrounding wooded areas, the closest of which make up the two hosta gardens (Both Shadracks are  authors of Timber Press hosta books). We’ve featured these gardens before—they were part of the 2010 garden bloggers event—but after a recent visit to get audio for a radio segment, I got a much better idea of what it takes to create and maintain a property like this.

The terraces were carved out of a slope near the house—their soil amended and many tons of stones brought in to form the dry stacked walls. In summer, you tend to overlook structure to focus on plants, but in spring, with most of the main action underground or just emerging, it’s much easier to appreciate the bones of Smug Creek.  And it’s easier to see how the Shadracks protect their large collections of hostas and daylilies—both considered prime gourmet deer fodder. 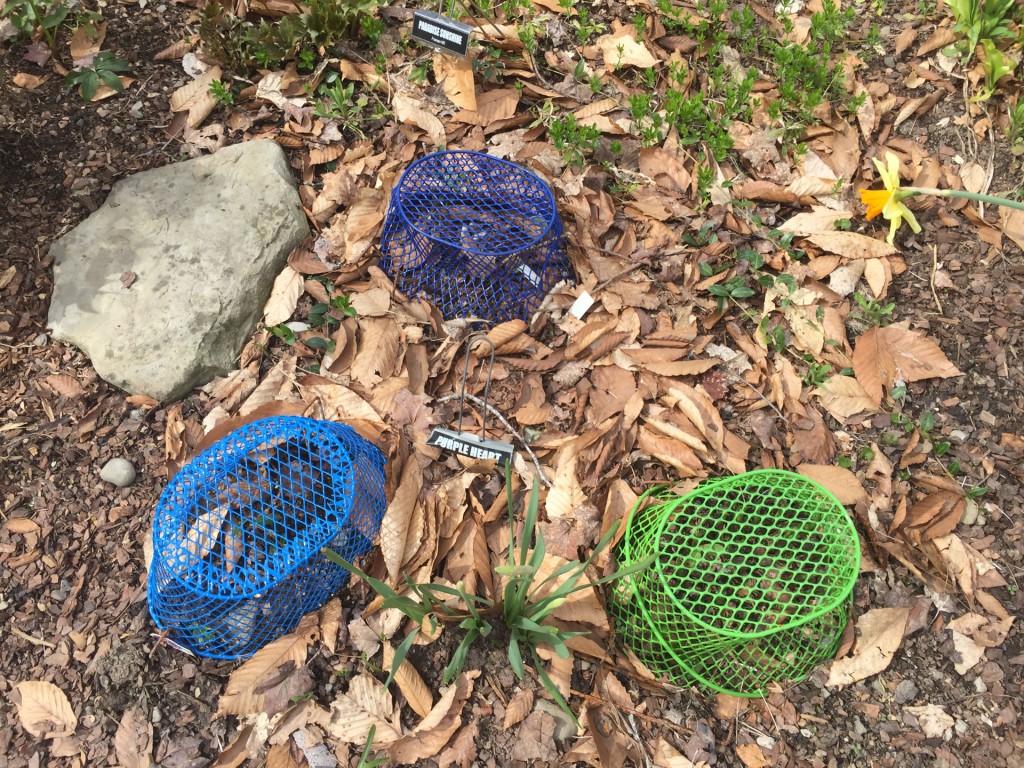 The property is surrounded by a network of fishing wire and protective netting; in addition, crude teepee-like arrangements of fallen tree limbs help confuse and annoy deer. More protection from critters large and small is provided by baskets held in with landscape pins. Kathy also sprays (Liquid Fence, etc.) regularly, changing the formulas every so often.

Other obstacles that have confronted the pair include the woods that surround them. Originally, Mike intended to show off his hostas in as natural a setting as possible—as underplantings—but he found that the roots, shade, and slope of his woodland were hostile to this scheme. He’s had to move the hostas to a flatter, less treed area, sacrificing some of the picturesque in favor of the practical. 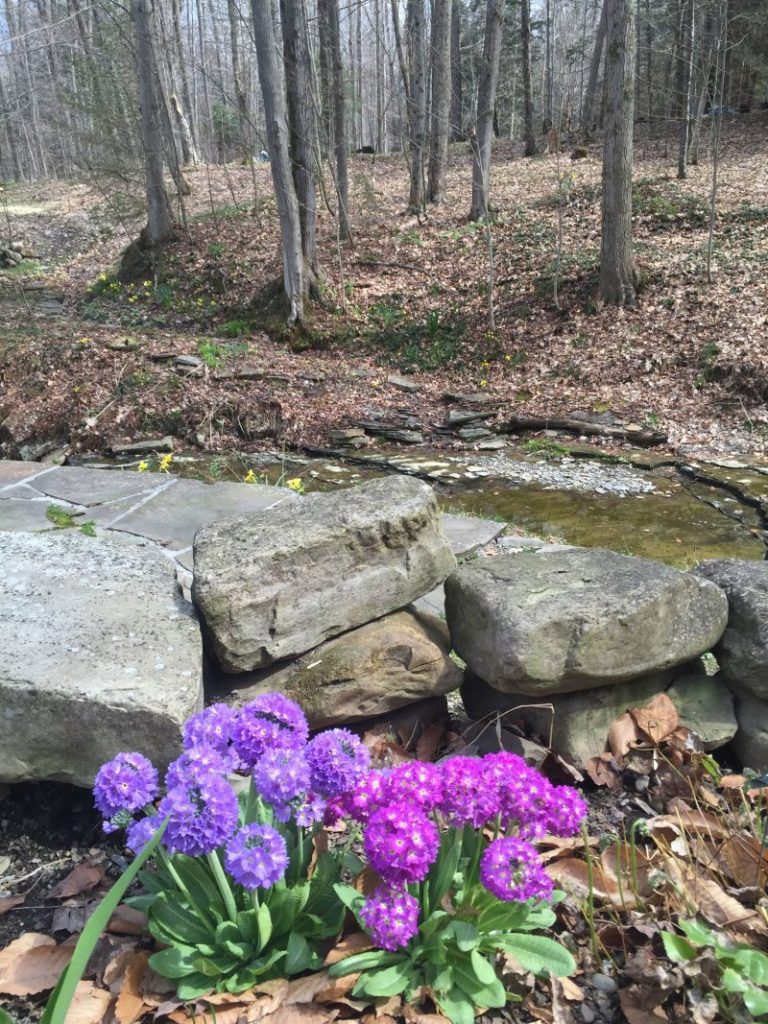 Right now, Smug Creek is a beautiful setting for daffodils, primroses, and natives like erythronium, sanguinaria, early trillium, and more (though Mike maintains he’s “getting sick of yellow”). I’m looking forward to returning to see the colors of summer.