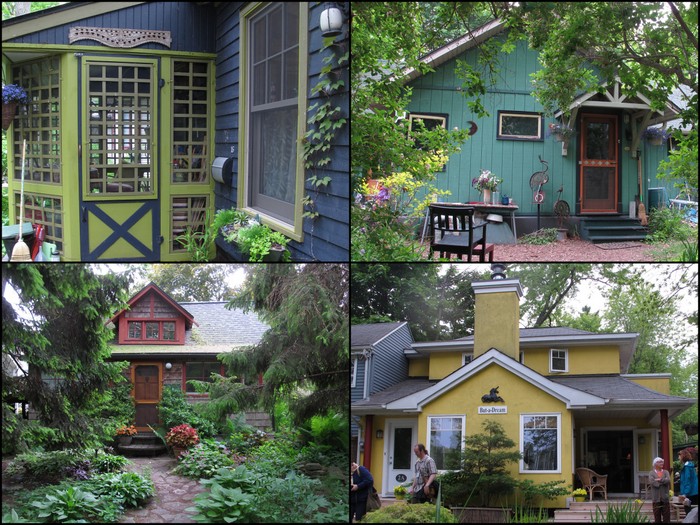 My favorites of all the gardens we saw on the Gardenblogger Fling in Toronto weren’t grand – anything but. They were the small funky ones on the just-offshore islands known collectively as Toronto Islands, which we reached by ferry. We toured gardens on two residential islands – Ward’s and Algonquin, and I might have related to them more than most because they remind me of where I live. But judging from the early blog posts about the Fling (see the links for Friday), the charm of these island communities was widely appreciated.

And from comments overheard that day, everyone appreciated the lack of cars (allowed only for government vehicles), the lack of conformity, and the use of color. To quote one blogger: “The gardeners weren’t afraid of color and jammed plants into every corner possible.”

The Ward’s Island community began in the 1880s as a tent community, rented out to visitors by the island’s one hotel, and by 1899, there were eight summer tenants on the island paying $10 rent for the season.  By 1913, there were enough tents that the City of Toronto, which owns the island, organized the community into streets, and the tents evolved into a cottage community.

Eventually the city decided that all the homes on Ward’s and adjacent Algonquin Island should be razed so the area could be turned into a park, but in 1970 the owners of the still-remaining 250 homes fought to stay, and won.  In 1993 the Ontario government established a land trust to own and manage the islands and allowed residents to purchase 99-year land leases from the trust. (Wiki has more.)

But enough info – let’s get to the photos.  Scroll down for thoughts on living there.  First, Ward’s Island: 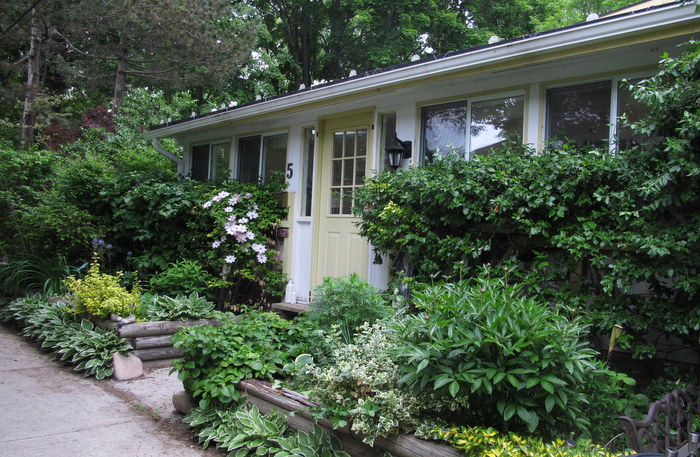 Next, some scenes from Algonquin Island, where the residences were built on a sandbar starting in 1938.  Fortunately, there were lots of gardeners involved, and enjoying slightly larger yards than on Ward’s, they went nuts. 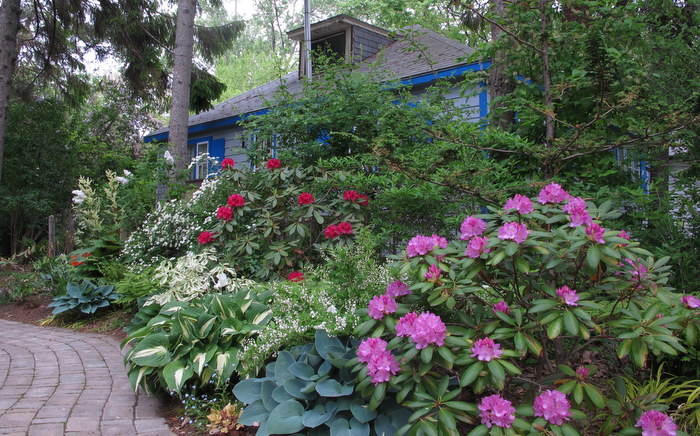 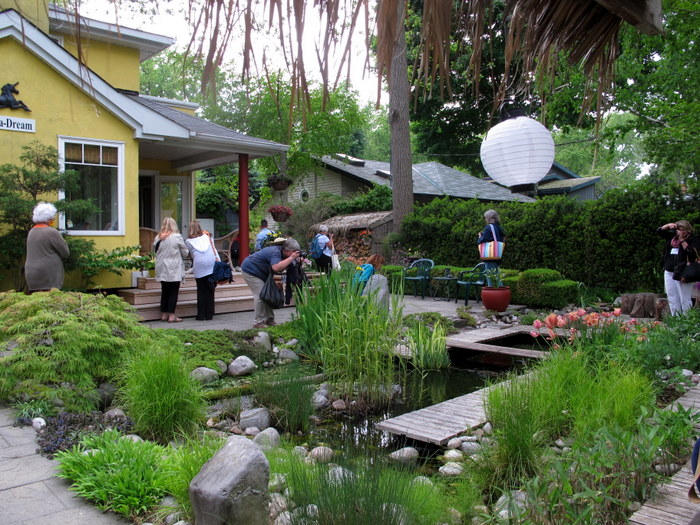 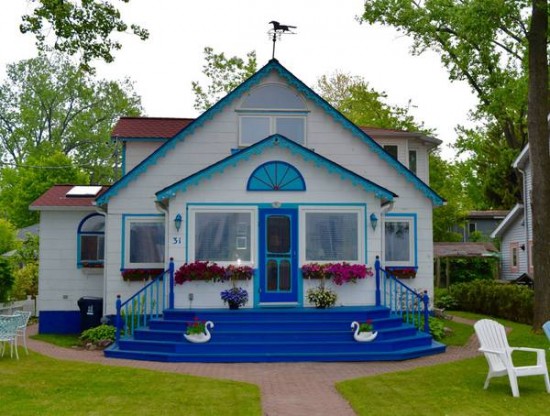 Above, a home that Jim Charlier aptly compared to a Wes Anderson movie set. (It’s Jim’s photo and I don’t know which island it was on.)

Living on the islands

Here’s what seemed so familiar to me about these communities.  Like my town, the Algonquin community was established in the ’30s by the government, and on both islands there’s no private ownership of the homes. That means there are rules (written by the residents, one hopes) but also a common vision and a tight-knit, very active community that’s filled with interesting people, judging from the ones we met that day.

Visually what jumped out at me were the roads that were more like inner sidewalks.  That reminded me of Greenbelt’s sidewalks passing through what’s now our back yards. They were originally intended as front yards, though, with cars relegated to the other side – the service side.  Here’s a couple of pretty inner walkways near me. 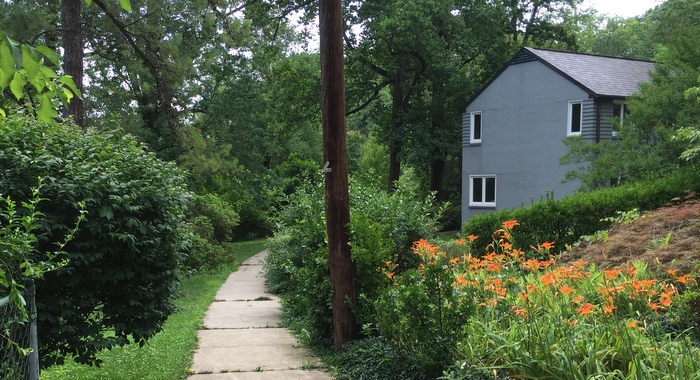 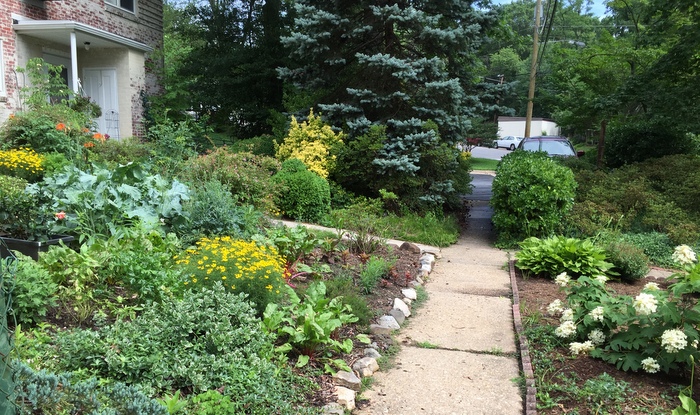 Some differences jump out, though. The islands are very isolated, far more so than I could tolerate for long, especially in winter, and we learned that most of the residents stay there all winter. (Mention of travel difficulties in winter have been deleted after clarification from commenters.)  Plus, there’s not a whole lot to do there besides these impressive offerings in the summer.

But I’ll admit to some pangs of envy – for their plant-packed gardens and the abundance of color.  And all that charm.

Gardening on the islands offers its own challenges, starting with the sandbar origins of the ones on Algonquin. Still today there’s the unimaginable hurdle that many of us commented on – that every single thing on the island has to get there by boat or plane. Yard waste may even have to go back the same way. Combined with Toronto’s winter weather, the fabulous gardens on Ward’s and Algonquin Islands are an impressive testament to the will to garden.