On the first day of our Toronto garden exploration, we spent an hour or so in High Park, the city’s largest public park. It features 399 acres of public space, including picnic areas, a playground, formal and informal gardens, an ornamental lake, and a mini-zoo, but we spent our time in one small wilderness area, talking about the preservation of native species and the threat of invasives.

As they attempt to nurture such desirable natives as lupines, columbine, witch hazel, red-osier dogwood, lobelia, and others, the tiny staff in charge of restoring and maintaining the original natural communities of High Park do continual battle with such species as Norway maples, European buckthorn, bittersweet, garlic mustard,  and a nasty character I’d never heard of before—dog strangling vine (Cynanchum rossicum and C. louiseae). We saw one area where the Norway maples had been allowed to run rampant—a dark, dreary enclosure that brought back unpleasant reminders of my front garden in high summer.

Besides pulling seedlings, girdling, and trying biological controls such as natural predators, the restoration staff also uses herbicides as a last resort. This is tougher in Ontario, where the cosmetic use of lawn and garden pesticides is banned. However, they can be purchased for control of poisonous plants and for other limited applications—and you don’t exactly have to prove you have a poison ivy problem. The High Park stewards use gloves to carefully apply glyphosate on a plant-by-plant basis, and spent a lot of time explaining why it was necessary. The Americans on the tour seemed in complete sympathy—I am sure many are accustomed to utilizing glyphosate in emergencies. In any case,  the park stewards have a formidable task before them. 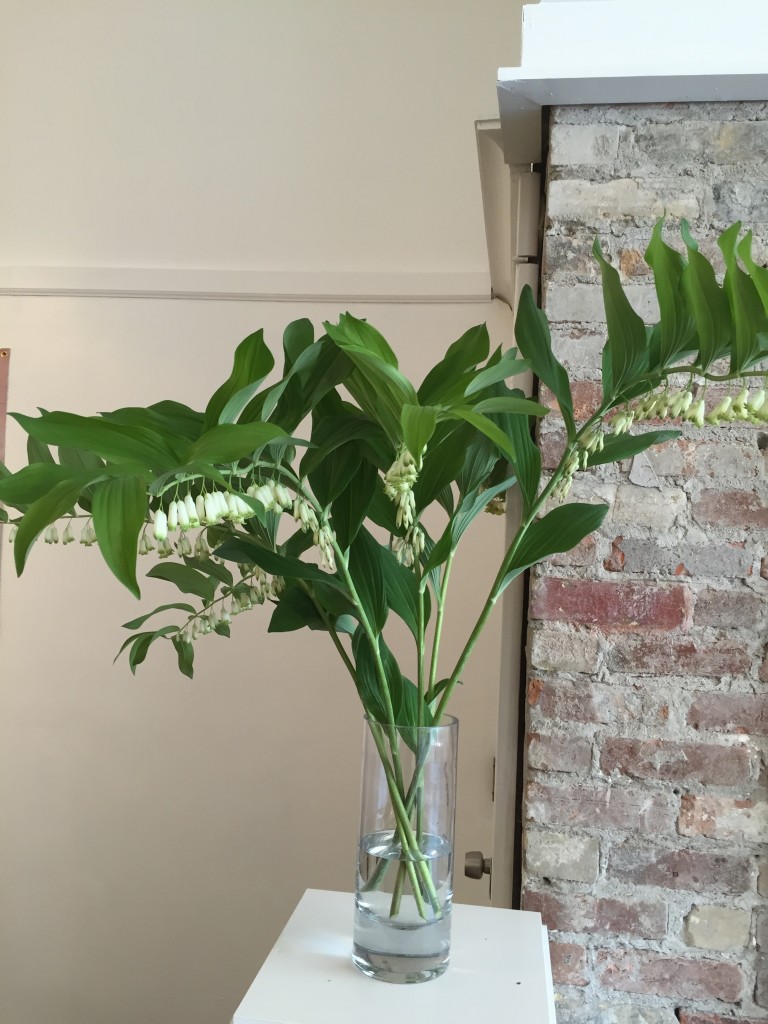 Later that day, we went to visit a residential neighborhood in Parkdale. I spent a lot of my time walking around looking at front yards, and it seemed to me that many Torontonians have taken to native plants as easy and relatively carefree ways to fill their front gardens. I saw very little turfgrass, but did notice many casual mixtures that involved some easycare natives that are favorites of mine: Solomon’s Seal, ostrich fern and the lovely woodland anemone. There were non-natives as well, but rare was the yard that didn’t include a couple patches of the plants I’ve mentioned, as well as—often—geranium maculatum. It was as though some of the philosophies discussed during out High Park tour were being put into practice. I doubt there’s a real connection, other than— often—these particular plants do well. I know they do for me. And sometimes they can surprise you—see my friend’s bouquet of Solomon’s Seal, above.