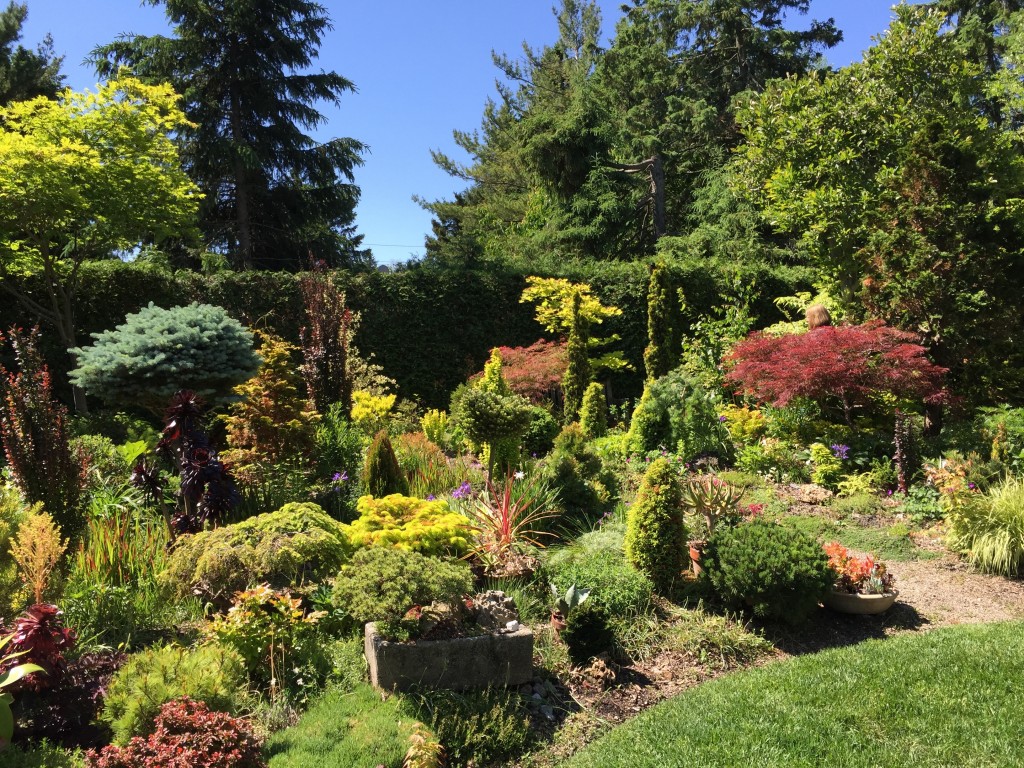 The quote comes from the last words of a recent essay by Umberto Pasti in the New York Times. Many of you will also recognize his inspiration—Fortune favors the brave, a Latin proverb that’s been used as the motto of regiments, clans, battleships, and many other entities. However you say it, I like it as a gardening motto. As Pasti describes it in the essay, it’s pretty much been my gardening methodology. I’ve tried plants I love in the wrong places, took them out and tried again, and basically recreated and revised as the years went on, following a cycle of failure, success, and survival.  I’ve always enjoyed my garden for what it is—messy, sometimes weedy, overgrown where I have favorable conditions, undergrown where I have shade and roots. 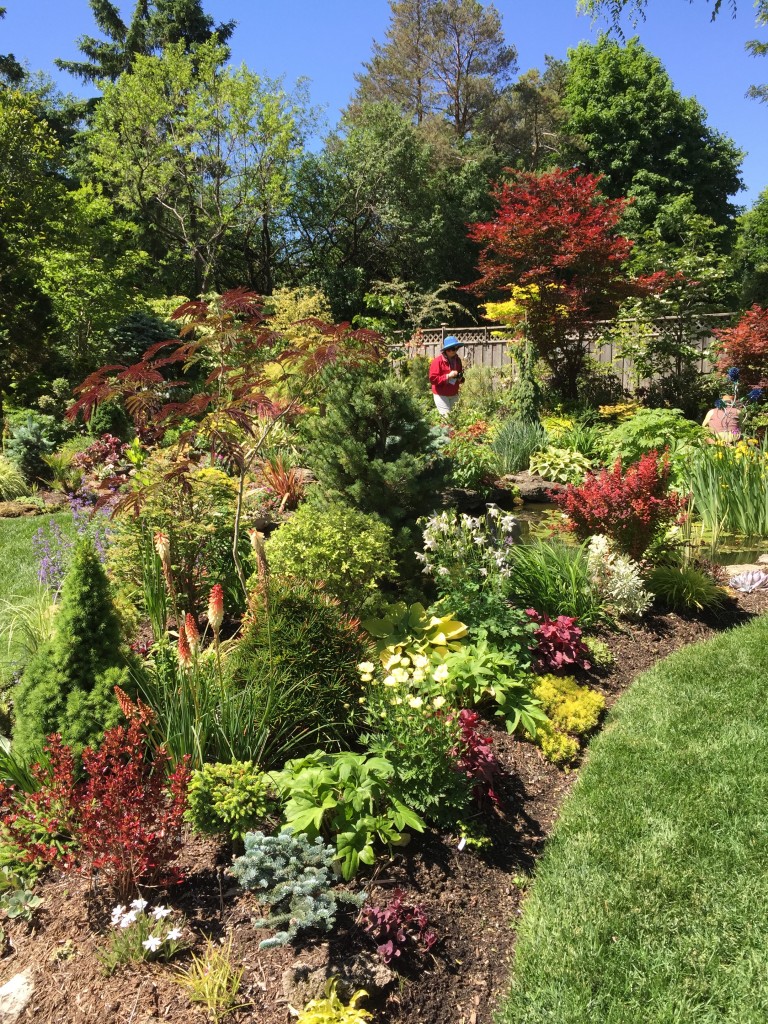 None of these things are true of Marion Jarvie’s well-kept garden in Thornhill, north of Toronto. We visited it as part of last week’s garden bloggers get-together. Jarvie is a plantswoman and her garden is a specimen garden; i.e., there are many single examples of specific cultivars (one of each rather than many of one). Jarvie is also a collector, who focuses on types of dwarf conifers, Japanese maples, and other small trees, as well as many, many varieties of interesting perennials. Most plants are labeled. The colors I remember are reds and yellows, and retained an impression of feathery and grassy textures contrasting with compact, thick plant profiles. 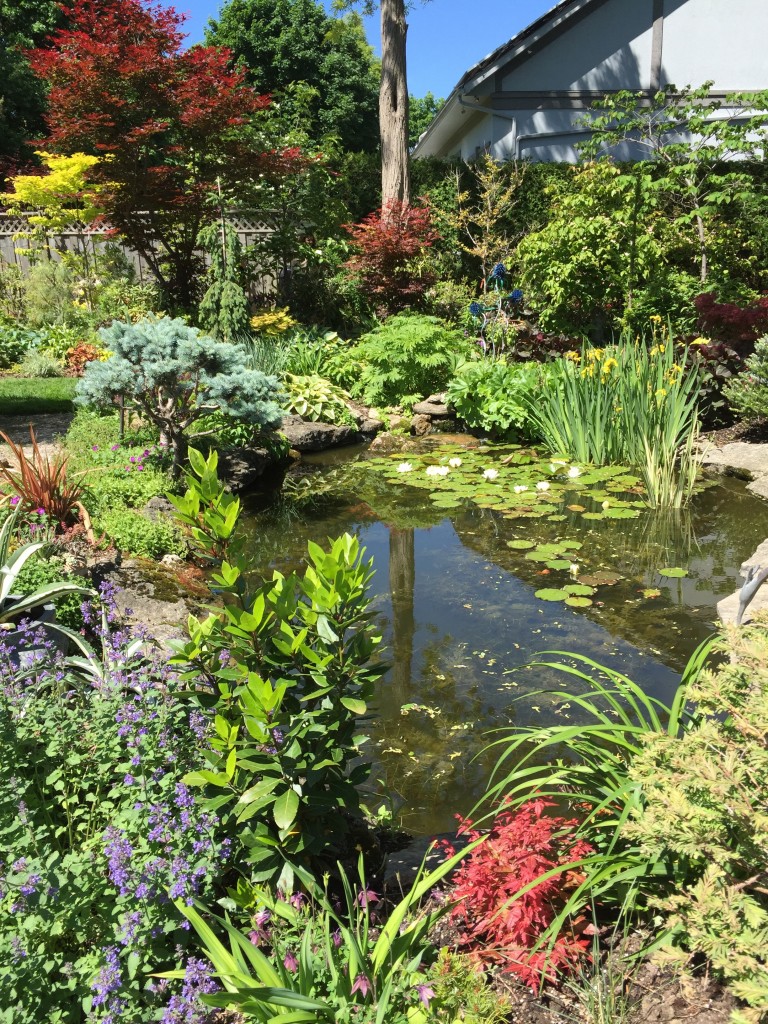 Though her garden is hardly “abandoned” to nature, I still like Pasti’s motto for Jarvie. She has been very bold in gathering so many different plants in one garden and she’s been rewarded in that she makes it work. Colors and textures contrast and complement everywhere you look. An informal pond in the center of the back garden provides a respite and a gathering place; there’s also a pergola, pathways, and higher levels of plantings in the back of the garden. It is not a huge space, as gardens go, but walking it is an exploration, with discoveries everywhere. I found them delightful.