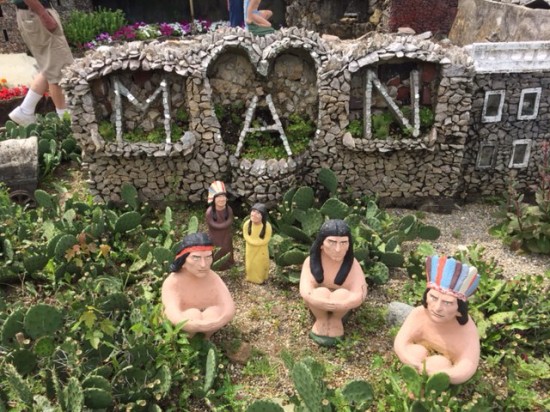 I had no idea what to expect from the Hartman Rock Garden. Richie Steffen pitched it to me as a garden like no other.

I was in Columbus, OH, a few weeks ago for the Cultivate ’15 trade show and had some time to kill.  The Cultivate ‘15 is a huge international gathering of hundreds of horticultural vendors peddling seeds, plants and garden doodads. Thousands of green industry folks came to see what’s new. I worked the show for three days, with Mary Vaananen, my Jelitto Perennial Seeds colleague.

Mary set up the Jelitto Perennial Seeds booth the day before the show opened. I drove that day, past thousands of acres of rain soaked corn and soybeans and a couple of dozen cell towers, to Springfield, OH. 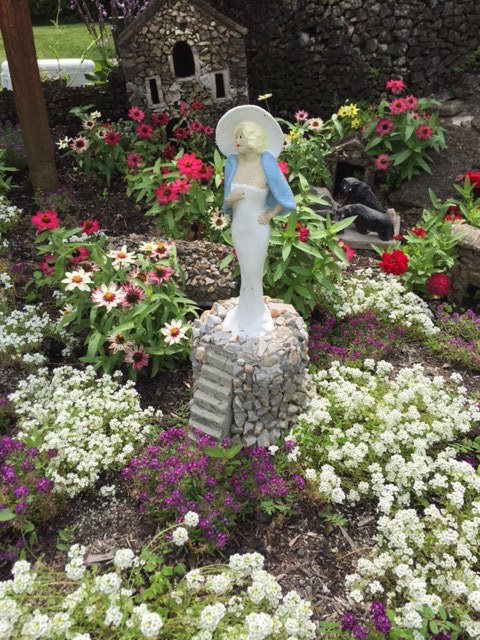 During Richie Steffen’s visit to Louisville a few weeks earlier, he told me about this American folk art site. Richie’s mother had only found out about the garden in late spring (via Roadside America’s website) while on a family cross-country car trip.

Richie didn’t want to spoil it for me. He told me little except that the garden was the wildly eccentric creation of a visionary artist.

He was right on the money. 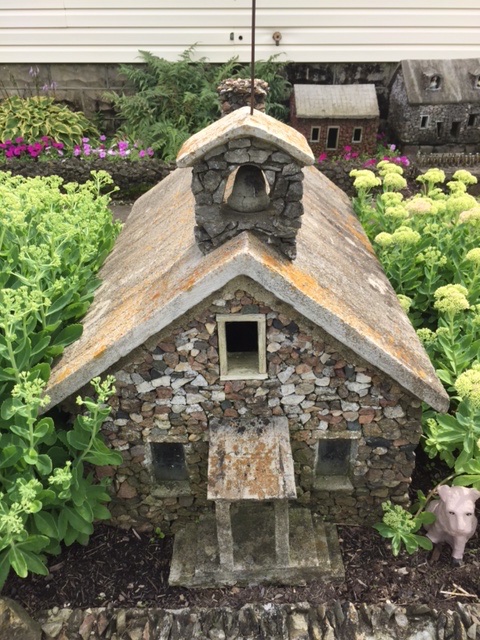 Harry George “Ben” Hartman, a molder by trade, was laid off in 1932 during the Great Depression. He grew bored in no time and thus began building, over the next 12 years, what his wife described as “a garden of love.”

Rod Hatfield is the Hartman Rock Garden’s Artist in Residence and caretaker—an unpaid position. (Hatfield’s day job is Creative Director at the Turner Foundation.) I met Hatfield at the garden. He told me that Ben Hartman had been a man “brimming with creativity.”

Hartman had a peculiar inventiveness that must have struck many as odd. Visionaries often seem as if they’re unhinged from the conventional. Yet Hartman’s focus itself was quite conventional: schoolhouses, churches and his native land were all celebrated. It’s how he represented these things that makes his work so odd and intriguing. 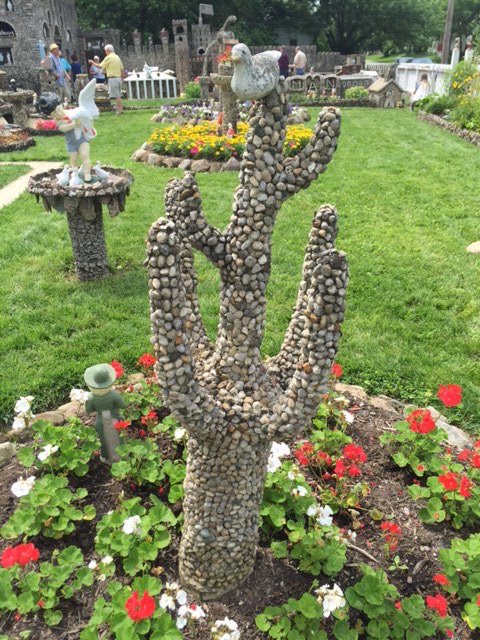 Hartman himself laid hundreds of thousands of small stones before his death in 1944 from silicosis—the wages of dusty foundry work.

His wife Mary worshipfully maintained the garden, but following her death in 1997, their co-creation soon began to deteriorate.

The corner of Russell and McCain was buzzing on a hot, rain-free Saturday afternoon. Five hundred visitors showed-up. (The Hartman garden, that day, was also a highlight of the local garden tour that benefited the Women’s Association of the Springfield Symphony.) 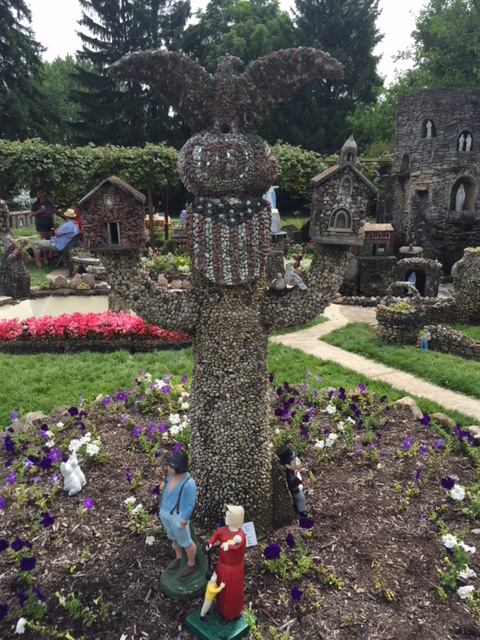 Dozens of intricate small rock buildings and sculptures were decorated with little molded figures of the Lone Ranger and Tonto, Joe Louis, Mae West, Huck Finn, Felix the Cat, Tecumseh, Christopher Columbus and Madonna of the Trail, among others.

Red geraniums and white annual alyssums took a back seat. This wasn’t a weekend for flowers. This was the one day a year when all of Ben’s statues are brought out for display.

Nowhere else will you see, as Rod Hatfield said, a “Tchotckepalooza” like this.