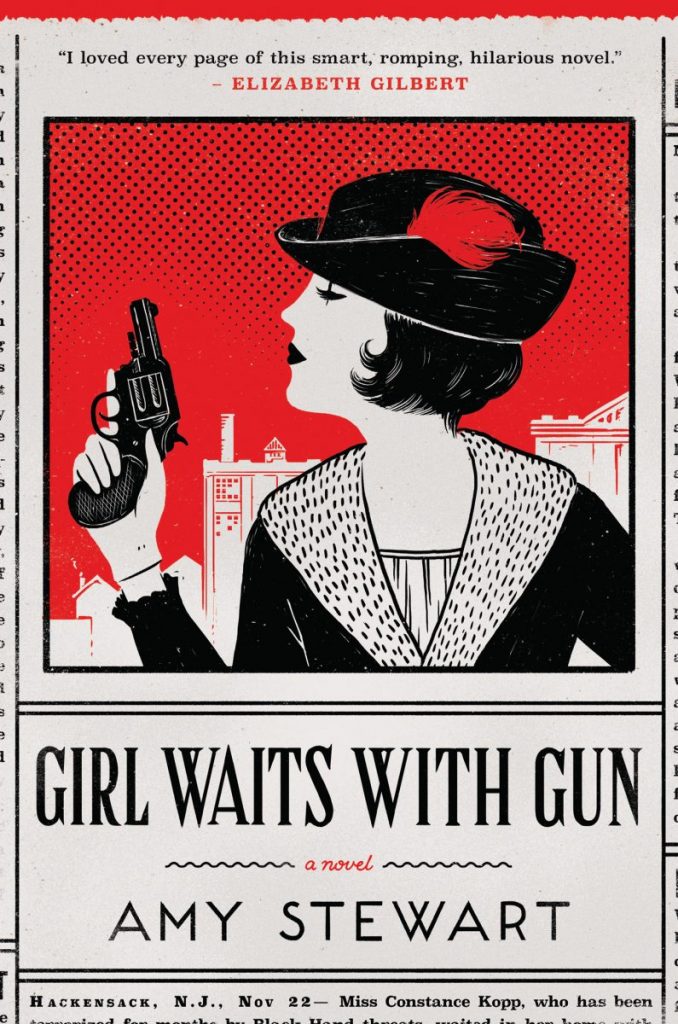 She kills me. As Garden Rant co-founder Amy Stewart moves into longform fiction, she demonstrates again her powers to surprise, entertain, and inform. Stewart’s latest book, Girl Waits with Gun, is a period adventure novel based on a 1914-15 true story—that of one of America’s first female deputy sheriffs. It is just as meticulously researched as Flower Confidential, Wicked Plants, The Drunken Botanist, or any of Stewart’s previous nonfiction titles; as the author stresses in an afterword, very few of the events in the novel are actually fictional. Unlike those earlier titles, however, Girl Waits with Gun has a plot, an unfolding narrative, and completely realized—and compelling—characters.

I love a nonconventional heroine, and here we have three—the Kopp sisters, with Constance as the gun-toting, fearless eldest; Norma as the gruff misanthrope; and Fleurette as the only conventionally “feminine” of the trio. They live together on a farm in the New Jersey countryside. Briefly, the action of the story involves the sisters’ persecution by  thugs who have wrecked their carriage, their only transportation. Their attempts to get restitution only lead to more trouble, eventually involving another woman who has also been victimized.

The story takes place at a time when the “Black Hand,” a precursor to the Mafia, was powerful and the labor movement was waging its first, mostly unsuccessful battles. It ignores the usual conventions of supplying romantic interest and challenges the gender typecasting we’d expect from turn-of-the-century America. The Kopp sisters refuse the help of their only male relative, don’t seek or accept male suitors, and run their isolated farm on their own. This isn’t a celebration of homesteading, so we get just a few details of what that involves, but there is enough to demonstrate how difficult life would have been for these women. They’re matter-of-fact about it, though—gardening must be done, animals must be kept, canning and preserving are routines.  These domestic tasks are not lovingly described; they occur.

As we see in alternating flashback chapters, the sisters have a secret that explains their unusual bond; this narrative helps develop their personalities, strengthening a corresponding bond between reader and character. My only cavil would be that advance PR for the book describes the sisters as “hilarious.” Though they have their eccentricities, it’s not a word I’d use. Much in the sisters’ backstory is tragic; the way they survive has its humor but also its poignancy.  This isn’t really a funny story, but it’s a real story and it sheds light on an obscure and fascinating aspect of American history. Stewart’s ability to use authentic vernacular and other period details is accomplished—it’s hard to believe that this is her first historical novel. I’d  heard  this book described as a mystery, which is not one of my favorite genres, but it’s much more than that. It’s a great yarn and an absorbing glimpse into America’s back pages.

Girl Waits with Gun in the first in a series about the Kopp sisters. Check here for Amy Stewart’s book tour dates and more.