We had heavy rains this Christmas season, with eerily warm temperatures in the 60s and 70s. The Salt River was swollen, while winter jasmines and even a few Asian cherries were in full bloom. The Christmas rose, Helleborus niger, delivered on a long-held promise to bloom on Christmas Day.

My former neighbor, Paul McKinney, would hail these winter warm spells as “one less day of winter.”  But last month we had two weeks of balmy weather, not just a day’s relief. I don’t want to go all snake-handler Pentecostal and say, “We’re going to pay for this,” but something’s cooking. (The Christmas roses are burnt toast, now. The temperature dipped to 8F [-13C] on Monday morning.)

There seems to be little dispute among climate scientists about global warming. Yet many ignore the worsening trend; others fret about what a warmed global climate will mean and try to make lifestyle changes.

The maverick scientist and theorist James Lovelock thinks our noble gestures of turning down the thermostat, recycling and windmills will barely put a dent in reversing the tide.

I can’t be sure what this all means. But I wonder what, if anything, I can do in the garden to become a better steward of the earth.

I am open to new ideas.

Kelly Norris and Gilles Clément kept me company during our twelve days of Christmas. At the same time, Allen Lacy passed away. I read thoughtful books from Norris and Clément while consuming enough country ham biscuits and Bourbon balls to last until the next Yuletide. I grieved over the loss of Allen Lacy.

But Norris and Clement got me thinking. Norris, a native Iowan, is an author, plant breeder, nursery owner, naturalist and the current Director of Horticulture at the Greater Des Moines Botanical Garden. Clément is a French garden and parks designer, ecologist, philosopher and botanist. Both are visionaries.

If you don’t know the name Kelly Norris, you need to listen up. I met Kelly five years ago at a Perennial Plant Symposium in Atlanta. I knew immediately that I wanted to embed a radio chip and follow his every move. This guy was going places. Few can match his energy. I know it’s difficult to keep up with a dervish, even with a radio chip, but you can enjoy his new book at your own pace.

I needed a dose of optimism during these dark and dreary days. Kelly helped me out. His Instagram account confirms what I first thought. He is “drunk at the punchbowl of life.” (This has nothing to do with ladling two cups of my family’s potent holiday eggnog.) 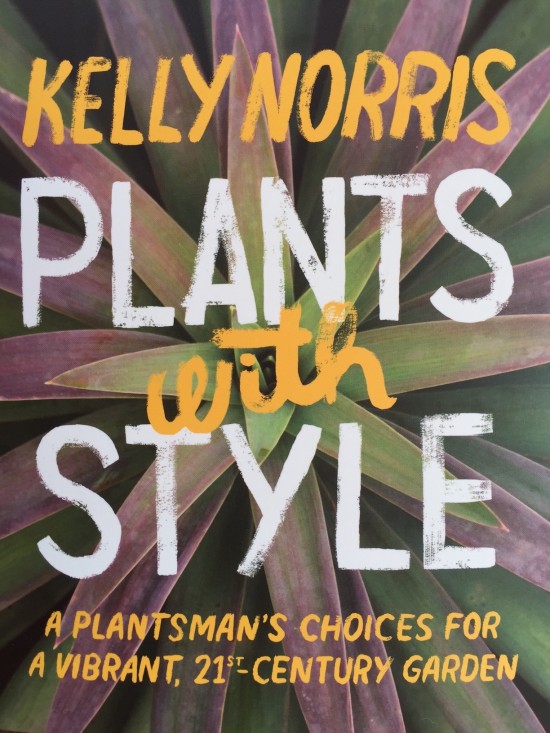 Norris is a Millennial who has packed a lot of horticulture into his young career. Timber Press recently published his Plants with Style: A Plantsman’s Choices For A Vibrant 21st-Century Garden. The book is both stylish and a well-organized manifesto full of wisdom. (Yes, a 28-year-old can be this wise.) His book brims with compelling plant ideas and recommendations along with beautiful photos. Chapters entitled “Big and Herbaceous,” “In Leaves We Trust” and “Weedy and Reseedy” were a few of the standouts.

And don’t miss “Essential Kitsch.” I’m glad he mentioned one of my favorites. “Few plants with such ethereal flowers are as unsought as Cynanchum ascyrifiloium, even as its cousin Stephanotis make perennial appearances as a component of wedding bouquets and related regalia.” 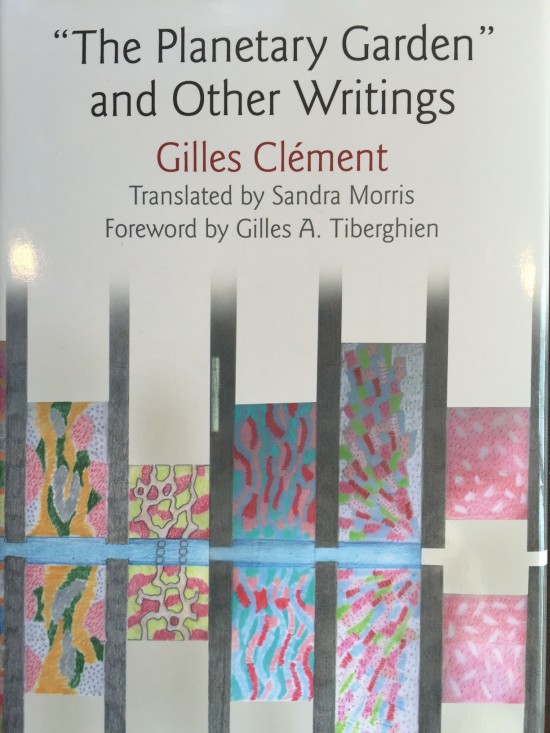 My stepson, a software developer and philosopher, gave me Gilles Clément’s The Planetary Garden for Christmas. Clément understands that gardening is at its best when undertaken on a small scale. He envisions that marginal and forsaken land will become increasingly important. “I am first and foremost a gardener: on the one hand, because I have a garden and on the other, because I think that the garden is at the forefront of our terrain as a whole, and consequently of the landscapes that creep into the garden.”

Clément adds: “All the known experiments in planetary gardening cannot be grouped under a single heading. It is possible to establish a typology of projects under way, referring constantly to the fact that the gardener invokes the sky but does not control it.”

Clément exhorts: “Marketed and patented, nature in its entirety might be regarded as a source of profit. In our role as teachers we sometimes present the tree as a material, commercial object. But we prefer the living being, the one which we share with the earth, the light, the air and water. And hope.”

Clément summarizes: “The world of gardens includes gardeners. Without them nothing would exist.”

Kelly Norris and Gilles Clément are big picture guys who garden on enthusiastic and sensible terms. I wish I could have arranged a few drinks together for Norris, Clément and Allen Lacy.

Lacy taught philosophy for many years at Stockton University and had been a garden columnist for the Wall Street Journal and the New York Times.  He was the author, or contributed to, more than a dozen books. Since, 2009 he was having the time of his life with the Linwood Arboretum that he co-founded.  It is the “smallest arboretum in the world,” Lacy liked to say proudly. (No one has come forward to dispute his claim.) The Linwood Arboretum is one acre big.

Lacy died at home two days after Christmas. He was another of the few remaining brilliant and entertaining old friends who brought me into their worlds years ago. Allen and I used to see each other every year or so and would stay up late smoking cigarettes, drinking and talking plants and gardens. I’m a bit weak on philosophy but I’ve always enjoyed the company of philosophers. They’re generally good drinking company. We’ve all quit smoking.

Allen’s wife, Hella, told me he died quietly surrounded by his family, the “private Eden” of theirs just outside the window.

The New York Times, following his death, wrote a story about his life and influence. One passage resonated.

Lacy eloquently sized up the nature of gardening. He was quoted from The Inviting Garden: Gardening for the Senses, Mind and Spirit (1998): “Gardening is not a hobby, and only non-gardeners would describe it as such. There is nothing wrong with having hobbies, but most hobbies are intellectually limited and make no reference to the larger world. By contrast, being wholeheartedly involved with gardens is involvement with life itself in the deepest sense.”

Gifts to the Linwood Arboretum can be made in Allen Lacy’s memory in care of Adams-Perfect Funeral Home, 1650 New Road, Northfield, NJ 08225