Have you heard that 2016 is the 100th anniversary of the National Park Service? Well, here’s the press release, and here’s Find Your Park, a growing collection of stories about people connecting with the parks. (The connection is easy for Michelle Obama – she lives in one, and has family connections to another one – the Pullman National Monument.)

The Park Service Centennial will be getting tons of attention when the Philadelphia Flower Show opens today because the theme this year is “Explore America: 100 years of the National Park Service.”  I’m attending the show next week, so more will be revealed.

I’ve already gotten into the centennial spirit, though – thanks to an art contest and exhibit by the Park Service and the U.S. Botanic Garden. They solicited artworks portraying indigenous plants in any of the 400+ national parks, in any medium. (The results are on display until October 2.)

Works by 78 artists were chosen from hundreds of entries showing off plants from such parks as Great Smoky Mountains, Manassas National Battlefield, Klondike Gold Rush and Acadia. Some of the iconic flora on display include giant sequoias, bald cypresses, saguaro cacti, mangroves, ghost orchids, and magnolias. Two shown above are Prickly Pear Cactus and the Staghorn Sumac. 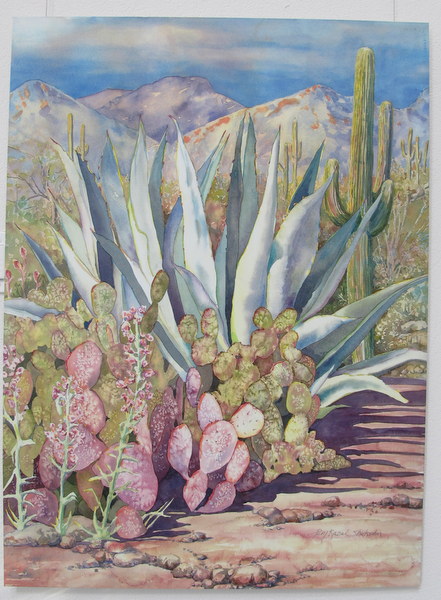 Another favorite of mine is this watercolor of plants found in Saguaro National Park, in a very garden-like grouping.

But to my surprise, the most compelling part of the floral exhibit was underfoot – floor graphics made from photos that park staffers took looking straight down to the ground in their park.

Maybe it’s because as a gardener, I spend more time looking at the ground than at distant vistas, no matter how grand they may be. 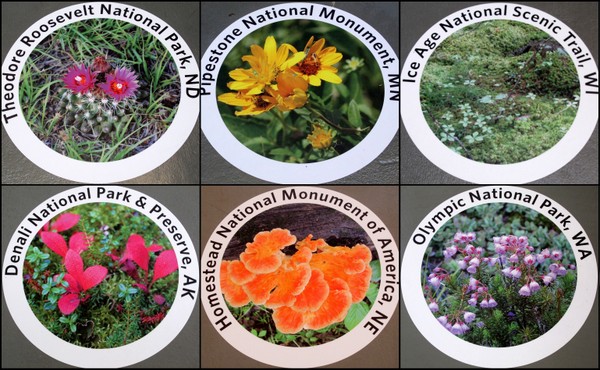 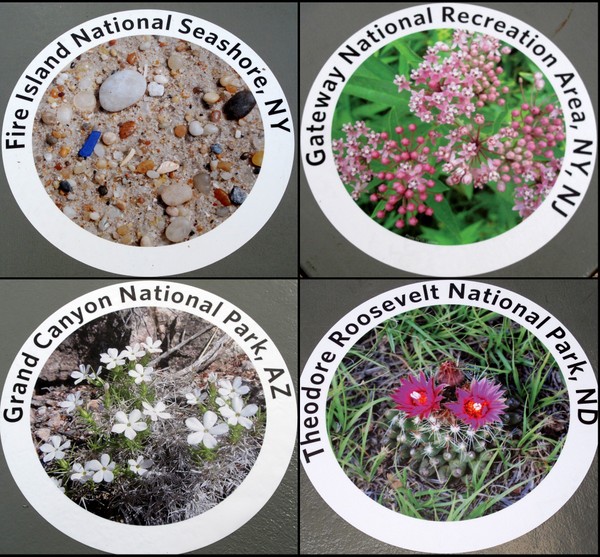