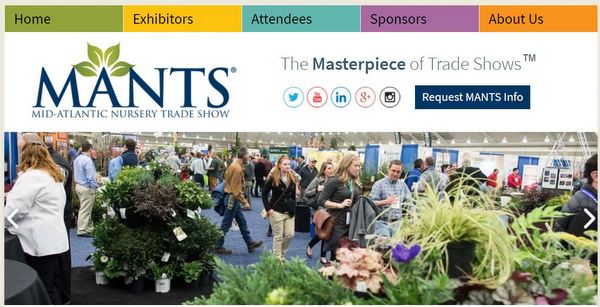 Yesterday I made my yearly pilgrimage to Baltimore to attend MANTS.  the largest nursery trade show in the East – by far. This year there were 900+ vendors in 1,200 booths, and over 10,000 pre-registered attendees. It was a blast for me – getting to see dozens of garden-world friends, and being surrounded by plants, no matter that they’re inside a convention center.

This is where the plant biz takes place – buyers placing orders with suppliers. It’s not for the public, so it’s a  big treat for garden writers to be invited.

Lunch was the highlight for me – nine of us garden writers at the Cheesecake Factory overlooking Baltimore Harbor. More garden-writer socializing took place at the Media Breakfast put on for us by the show (great breakfast burritos), and the GWA get-together in a hotel tavern the night before. Not to be sappy, but I’m awfully grateful to be part of this community.

Now for my favorite booths! Chosen not because they showcase the coolest new plants or interesting products but because the people in them are friends or nearly so. 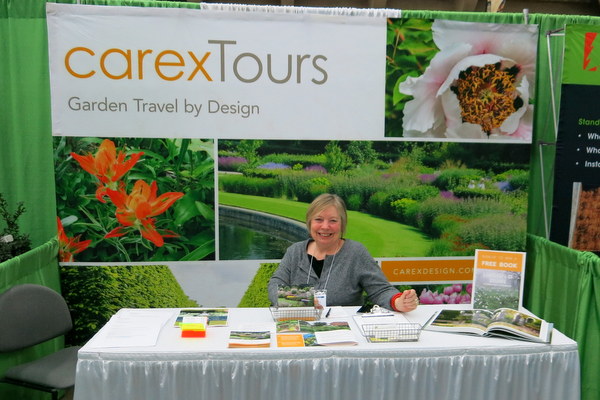 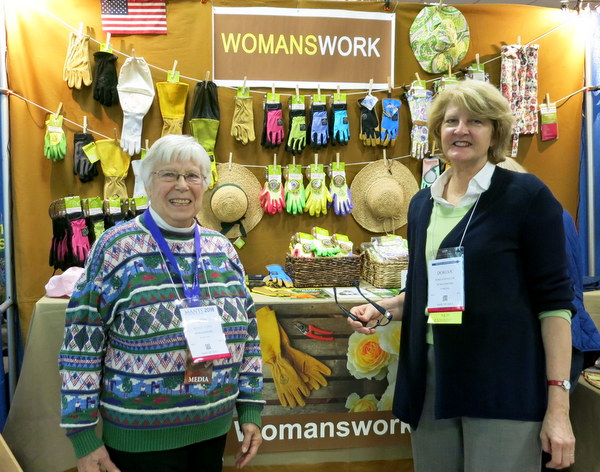 Products for women, by women, and endorsed by Oprah! 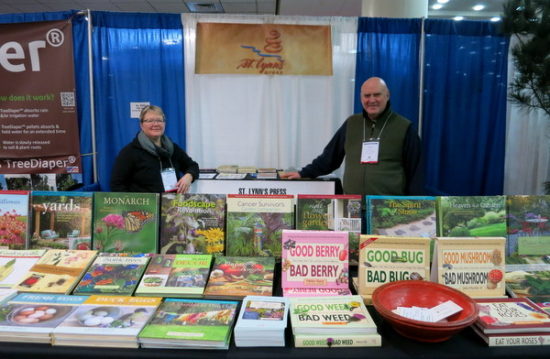 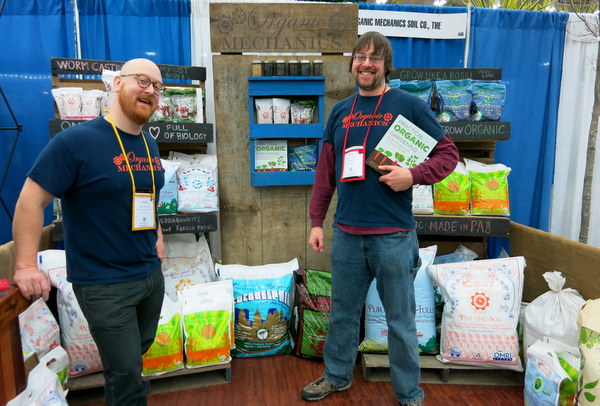 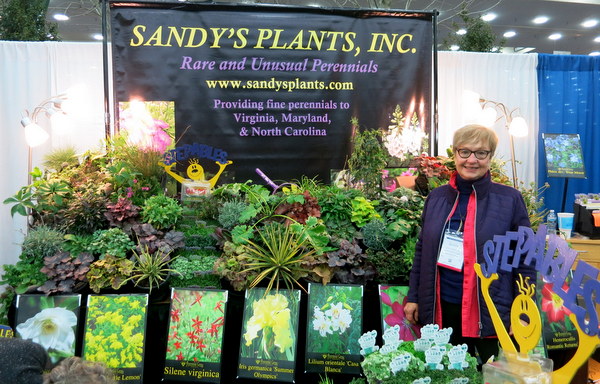 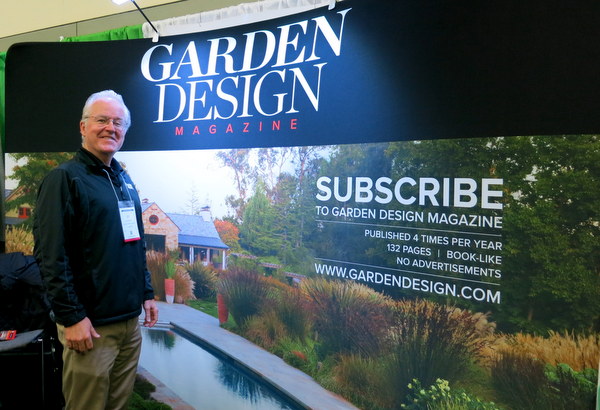 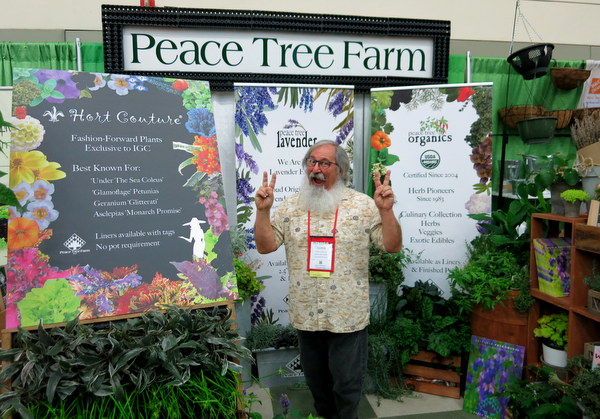 Lloyd Traven, one of my favorite hippie growers, co-owner (with Candy) of Peace Tree Farm . 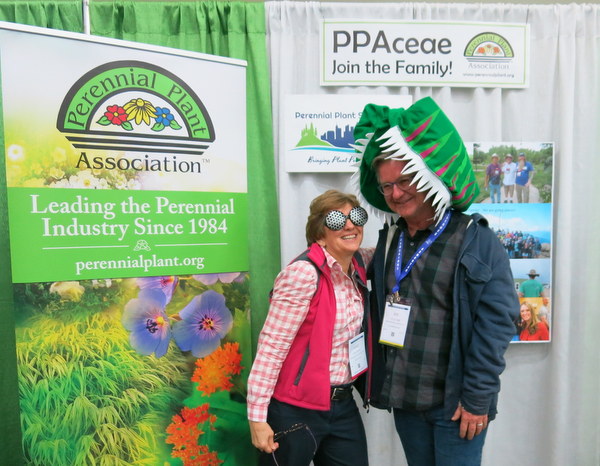 For the Perennial Plant Association, president Janet Draper with Joe Luebke, effectively debunking the myth that working for the feds makes you dull. Janet’s day job is as horticulturist for Smithsonian Gardens, while Joe’s horticultural domain includes federal buildings all over town.

They’re showing off Venus flytrap props to promote the upcoming national event in Raleigh, where the plant is native.

The National Arboretum’s booth touted some of their recent introductions, and one coming soon – a hemlock resistant to the lethal hemlock wooly adelgid! 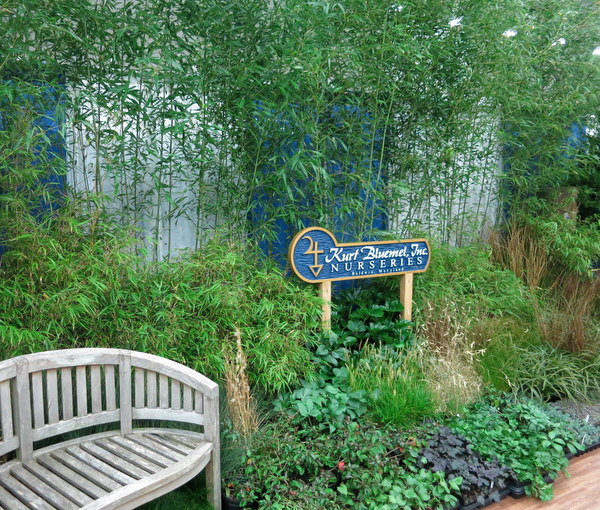