We who worry and wonder about our social-media-obsessed youth and the future of horticulture found some relief at a recent gathering of the Louisville Regional Science & Engineering Fair.

And it all sort of came down to kudzu – the vine that ate the South.

The fair was a gathering of our future leaders – grades six through twelve –  at the Kentucky Science Center in downtown Louisville, not too far from the monster metal bat fronting the Louisville Slugger Museum, itself mimicking the ash wood of yore.

Bioinformatics Whiz that I am, I was asked to help judge the plant sciences stuff.

We gathered on a rain-splashed Saturday morning, about ten judges in the plant sciences field in search of coffee, a 600-calorie doughnut and some instructions. The instructions were given by several people obviously accustomed  to be in charge, who gave us scoresheets on which we were to list the categories we were to judge; no student names or schools to be used.

Cutting right to the chase, I was to judge the following unscientific categories – Drought Companions, Seed Stress, WiFi Growth, Magic Flower, What’s in the Window? and Kudzu Killer – with students presenting exhibits on each.

The students approached all this with varying degrees of preparedness, diligence and nervousness. I well understood the latter; in all my years of high school I never could stand in front of a class and speak at the same time.

The Drought Companion exhibition was interesting; all about which plants can buddy up to one another to co-exist, or die of thirst. The Wi-Fi exhibit was something I had never thought about. I had no idea too much electromagnetic exposure can mess with seeds and plants – not to forget people. 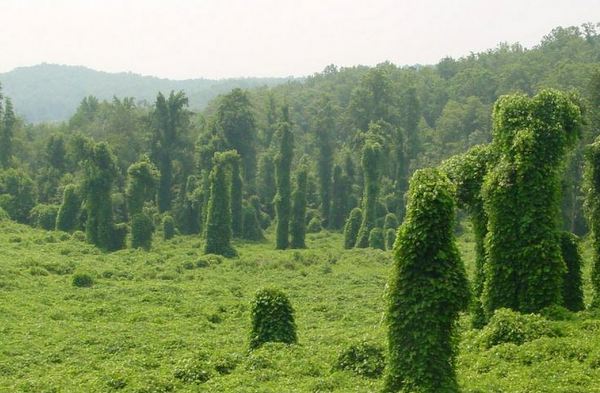 But my favorite experience was with the student – maybe a junior or senior in high school – who had taken on Kudzu and The Future of the South.

Or at least Mississippi.

It was an interesting match; this very bright high school kid researching a vine with a history that pretty much touches all the bases of agriculture, horticulture, ornamental and environmental stupidity. 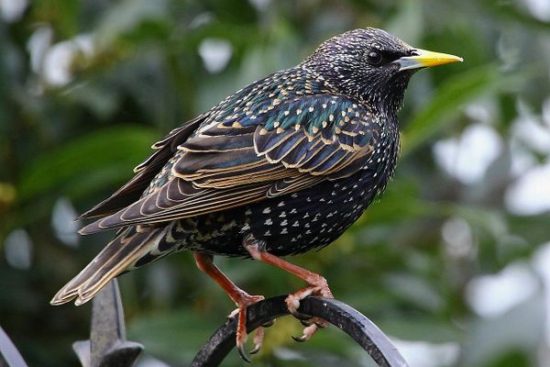 Its history ranks right up there with Eugene Schieffelin, who released 100 starlings – the perfectly Latinized Sturnus vulgaris – into New York’s Central Park in the early 1890s because he wanted to have all the birds mentioned in Shakespeare’s plays living North America.

The estimated population of their starling kin is now north of 200 million.

Somewhat the same for kudzu. The plant was first introduced to the United States from Japan in 1876 at the Centennial Exposition in Philadelphia and was so popular it was taken south-by-southwest from there to the New Orleans Exposition in 1883.

Oh boy, the thinking went, here’s a tough, useful low-maintenance vine that provides maximum exposure with minimum care. It was deemed so useful, in fact, that it was widely marketed across the entire South to create shaded porches, the problem being that if grandma sat out too long she would disappear in green froth.

The biological reasons for that are very basic. Kudzu can grow 60 feet a year, with 300-pound roots diving 12 feet into the ground, sucking up any water in the neighborhood.

It took a while for the kudzu literati to figure that out. In much of the early 1900s it was heavily marketed as a high-protein cattle fodder with a secondary use as erosion control. The fabled Civilian Conservation Corps workers spread kudzu across the Dust Bowl to prevent Oklahoma from blowing into the Atlantic Ocean.

Our government disaster involved distributing 85 million tax-payer-funded seedlings across the Southeast. By 1946 it was estimated about 3,000,000 acres of kudzu had been planted from Mississippi to Florida.

The problem worsened as boll weevil infestation and cotton crop failure across the same turf led farmers to abandon their fields while kudzu sprinted toward North Carolina.

It was about 1953 that somebody in the United States Department of Agriculture got up off his investigative asset and realized the plant could be a problem. It was only 17 years later – in 1970 – that it was declared a weed.

And yes, it’s hard to hold a good government investigative team down. It was only another 27 years – in 1997 – before kudzu was officially placed on the Federal Noxious Weed List.

At that point it had been found growing in Canada, Nova Scotia, Columbus, Ohio and all five boroughs of New York City – and about a mile from my house in Southern Indiana.

This would seem to be a daunting eradication task for a teenage kid at a science fair in Louisville, but she was ready. She was impressive. She had done her research. She smiled. She was confident. She rattled off about 15 minutes of kudzu facts, with illustrations.

She offered some possible solutions to the kudzu problem; chop the vine at ground level, strong herbicides, and the introduction of foreign-raised kudzu eating bugs, although once free, who knows what they will eat next?

Actually, all six of the young plantologists – ages maybe 12 to 18 – showed at least some devotion to duty, an eagerness to seek out and solve horticultural problems. Their research restored my faith in the American educational system – with one warning: