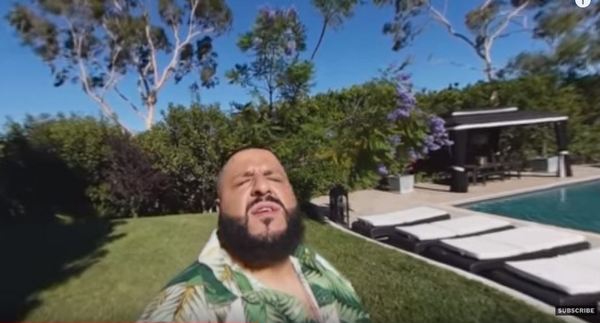 I only know about hiphop impresario DJ Khaled because of his star turn as a garden-lover in this video by the New York Times.

Gazing adoringly at the plants in his garden, he says:

I drink my tea. I come out here, me and my son. We meditate and catch a vibe. It feels like a whole other country.

The sun is shining on me.

The key is respect your Mother. Respect Mother Nature at all times.

From the Times I also learned that gardening is “the pastime that has kept him grounded during his ascent from Miami disc jockey to auteur of ubiquitous club bangers…In his spare time, Mr. Khaled tends, along with some hired help, lush gardens at this home and another in Miami, or at least looks at them while doing other things.

“Say I had to get on a conference call, I’d go outside by the hammock, by the flowers, and just sit there, and if it’s a stressful call, I really get close to the flowers,” he said. “People say, ‘Respect your mother.’ I say, ‘Respect Mother Nature.”

In the courtyard was a waterfall-laden garden of hydrangeas and poppies that Mr. Khaled called Jerusalem, “because I feel like I’m not in America right now.”

I love that by “catching a vibe” in his garden, this Muslim-American is transported to his Palestinian homeland.  Lucky that he’s gardening in LA and Miami, where so many of the same great will thrive. 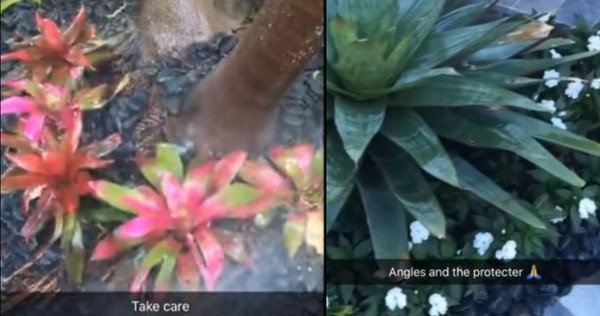 In another video, “DJ Khaled on Gardening” he says:

The other day the grass was brown.  Now it’s green coz I ain’t give up.

I call the white flowers [white impatiens] the angels and I call this flower the protector of the angels. How beautiful, man.

I found one more garden video with Khaled – the music video of his megahit with Justin Bieber, “I’m the One.” 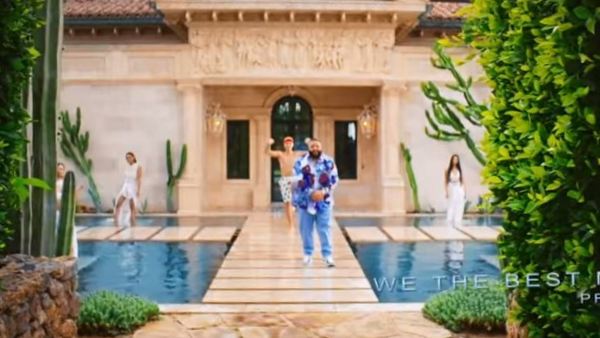 The garden in this video is owned by the Chance the Rapper (source) and has a whole other vibe, to say the least.

Grecian pools, hedges and busty dancers? Obviously not style, but it’s overlooking the ocean and I’d dance to “I’m the One” in it any time.