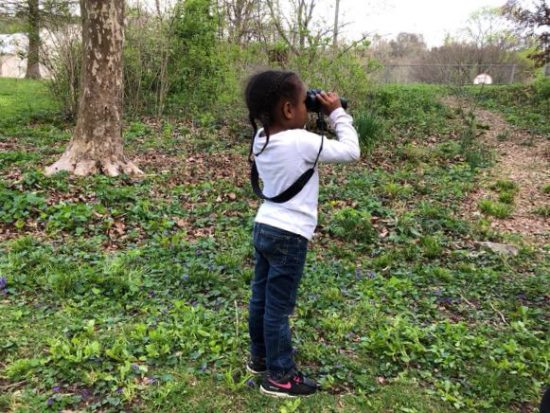 Every neighborhood needs a microforest. The ingredients require a passionate, knowledgeable conductor, committed volunteers and a patch of land.

Connie May is the Fantasy Forest conductor. Connie was the wildflower propagator at the beloved (former) Shooting Star Nursery for many years before she brought Fantasy Forest to life in 2012.

She had been inspired after reading how Doug Tallamy sustained wildlife with native plants. And then Connie had a brainstorm. A community garden had begun on one end of Dolly Graham Park, and there was adjacent land waiting for a good idea.

Why not a forest! 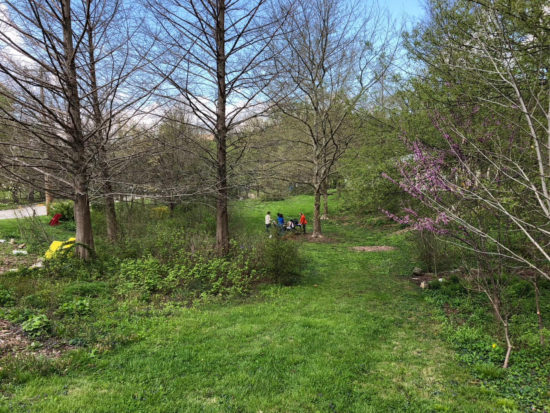 Connie received a small grant to get the ball rolling. “Nature is food for kids. If kids are not getting outdoors, they’re not being fed,” she said.

Two weeks ago in Frankfort, while I was standing on the corner of 2nd and Logan Streets, eight kids came running past me and down the hill toward the enchanted, woodland beds, as fast as their little feet would carry them. Buckeye leaves were unfurling. Shooting stars, Virginia blue bells, blue phacelias, redbuds and serviceberries were in bloom.

Jeri Howell led the kids in a chant. “Birds in flight” she said. Birds unite,” they responded. The kids pretended to be birds. 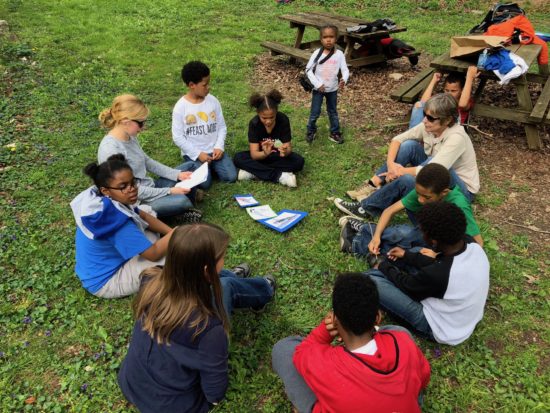 Jeri proceeded with a few true or false questions. “Do all birds fly?” she asked. The trick question didn’t fool the kids. They knew penguins didn’t fly. Then she asked what birds ate. The answers included berries, bugs and pizzas. Two out of three isn’t so bad.

One of the boys reminded his playmates: “The forest is not just for climbing trees. Close your eyes and listen to the birds,” he told them.

Jeri sent the kids out to find birds and bugs.

They obeyed the forest’s simple rule: “Do NOT stay on the paths. Wander through the forest and enjoy the plants and insects you may see.”

The kids scampered over stumps and poked sticks in the dirt. 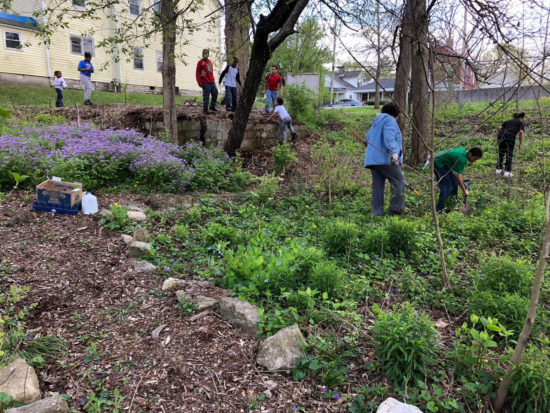 Volunteers arrived to weed and plant medicinal plants, including blue cohosh, blood root and Solomon’s seal. Brenda Bushwald, one of the regulars, has been volunteering at the forest from the start.