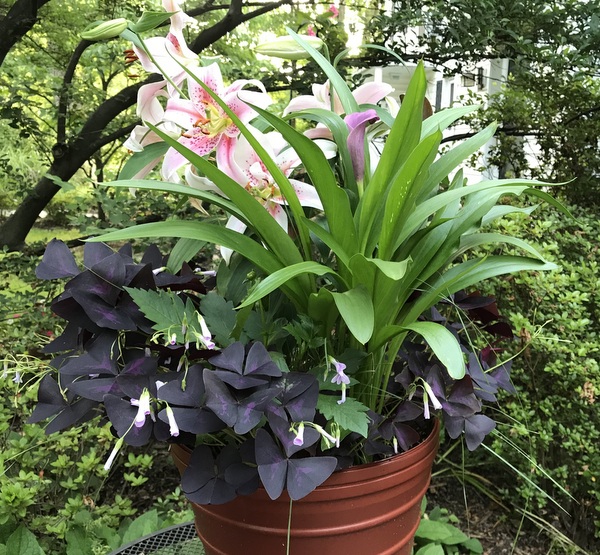 Back in April i wrote about visiting Brent and Becky’s Bulbs in Gloucester, VA with a bunch of other garden writers. Becky instructed us in potting up a bunch of summer-blooming bulbs, which pot tipped over in my car the minute I drove away. So as to the results of our potting workshop, call me skeptical.

Making me even more skeptical were the care instructions for when we got home. I mean who has a sunny window large enough to hold this pot? Not to mention the cats…

But despite me, just look at the thing two months later! Here’s the plant list straight from Becky Heath:

Right now there are six lilies blooming, so the fragrance is intense. 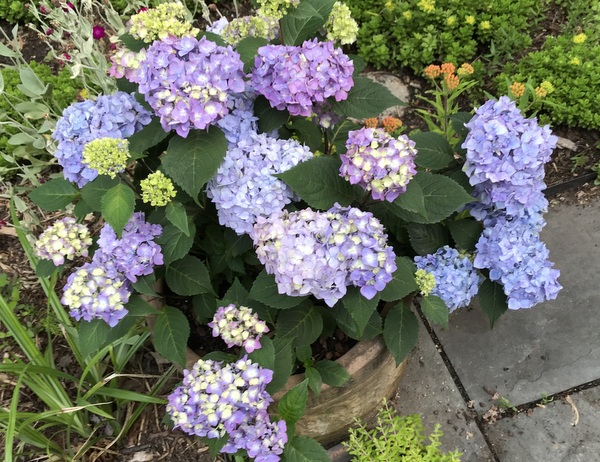 Another plant give-away came my way when I attended a talk about hydrangeas at the National Arboretum by Ryan McEnaney of Bailey’s Nurseries in MN. The talk was free and then imagine the delight of the crowd when we were all given a Bloomstruck Hydrangea  already blooming and about the size in this photo to take home.

As we learned, they’re one of the Endless Summer types that blooms on both old and new growth, thus “everblooming.”

In hopes that mine will stay blue or at least purple, I planted it in a pot where I can control the pH if needed, since I’ve never had luck keeping a hydrangea blue in the ground. (Corrected after commenter alert.) 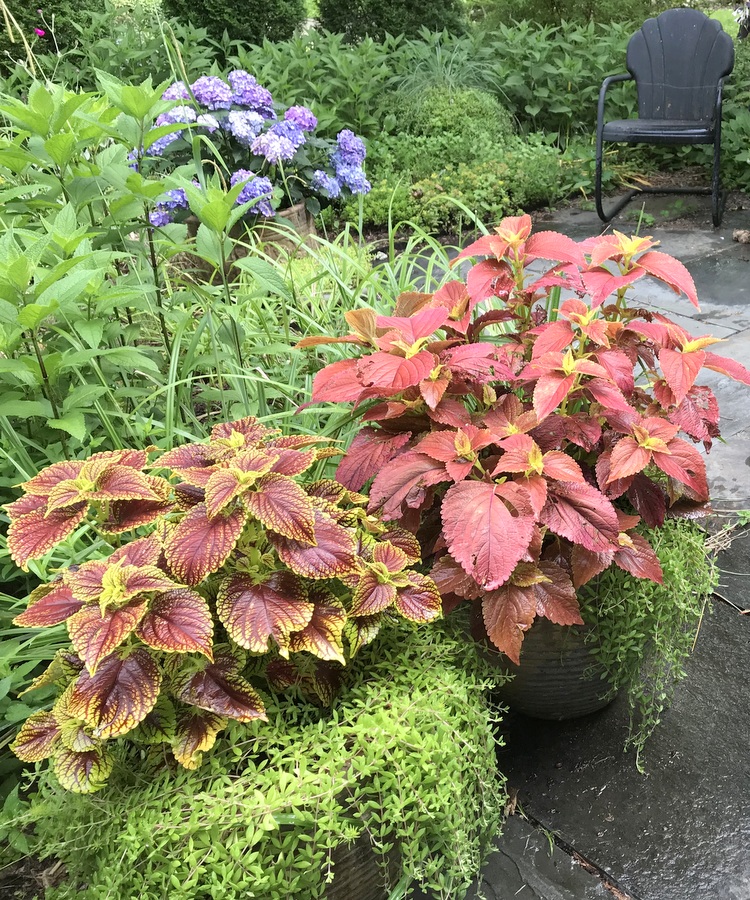 As an extra, here are two more pots on the same patio in my front yard. The Coleuses in them weren’t free – just cheap – but the trailing Sedum I used as a spiller for the pots was definitely free, since it grows as a weed in these parts. I’ve seen it identified as Sedum acre but an expert in Sedums told me it’s a S. sarmentosum and I’m sticking with that.

Combining Sedum and Coleus in the same pot seems like it wouldn’t work but with sun-tolerant Coleus, the ones that get nice and big no matter how lackadaisical the feeding regimen, it’s a winner.