My connection to Wollam Gardens, the cut-flower farm in the Virginia exurbs of D.C., starts with this ridiculously cute couple – Hillary Gottemoeller and Joe Harris. I got to know them at my local cafe/music venue, where they perform their own songs and where Joe organizes events showcasing talented musicians from the region. (Here’s my blog post about their very public wedding in 2015.)

Hillary’s career took a sharp turn from publishing to flower-farming after she was accepted into the 10-week internship program at Wollam Gardens, after which time she knew she didn’t want to leave. Since then she’s been full-time business manager and floral designer there for two seasons.

Last week I visited the farm, which attendees at the upcoming Slow Flowers Summit in D.C. will also have the chance to visit. 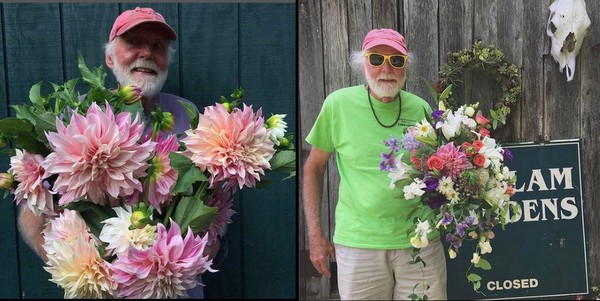 The story of Wollam Gardens starts with Bob Wollam, of course, who’s so photogenic I couldn’t choose just one photo of him (from their Instagram account).

Retired from the business world, Bob moved in 1987 from Texas to D.C. because of our four seasons plus mildish winters where he could pursue his dream of growing ornamental plants. (His mother and grandmother were big gardeners in New York and Ohio, and he grew to love flowers.)

By 1988 he’d bought 11 acres and rented 9 more within a 1.5-hour drive of D.C. and had begun selling perennial plants. After visiting a “cut-your-own-flowers” farm he switched to cut flowers.

I learned a lot about Bob by listening to Debra Prinzing’s podcast with him, recorded while driving from DC to the farm. He explained that he learned to run a cut-flower business by joining and getting advice from the Association of Specialty Cut Flower Growers, of which he’s a big fan. The association has grown quickly to over 1,000  members, and Bob is happy to help it “grow more flower farmers,” even competitors.

What flowers does he grow? Bob describes the farm’s specialty as “flowers that are difficult to grow and difficult to ship.” I wonder if that includes woodies, because flowering shrubs are a big part of the business, from the looks of it. Bob says his favorite woody is Quince, but Hydrangeas and Viburnums must be high on his list because there are fields of them.

I was told that Bob brags about there being more Viburnum macrocephalum at Wollam than anywhere else, plus several other viburnums. It’s all the mature shrubs, with their flowers, foliage, berries and branches, that give the farm a nice advantage over newer flower farms. Currently, the farm grows 80 varieties of plants.

Wollam is big on dahlias, too, which for several years now have overwintered successfully in the ground.

The farm’s 2,000 mature peonies still looked good despite recent storms, and on the day I visited customers were arriving for a Pick-a-Peony event.

Because it’s too expensive to heat hoop houses with propane, their only heating fuel, the farm shuts down operations from mid-December to the end of February.

Wollam Gardens has a nice diversity of income streams: 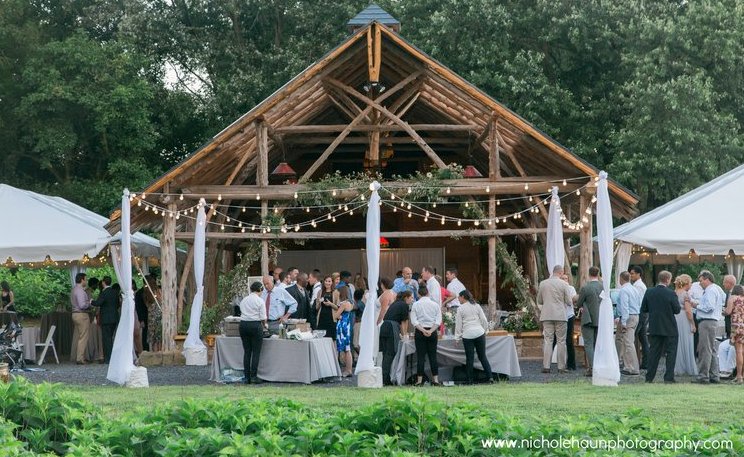 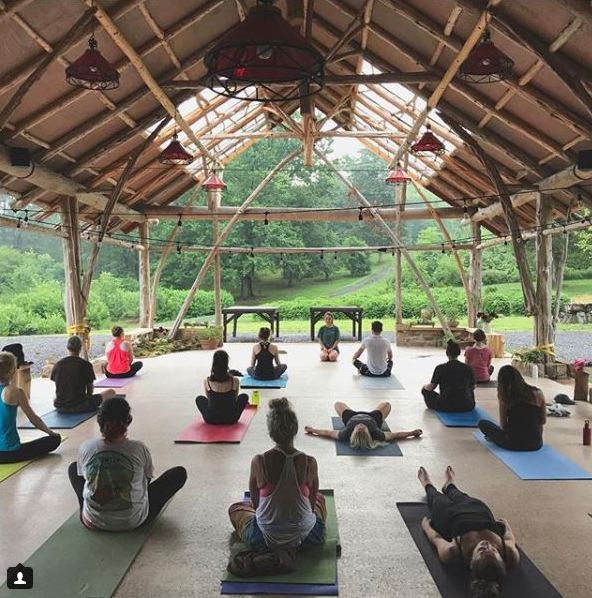 The pavilion house has spawned a variety of other events, including weekly yoga classes and a Fall Festival with music, food, workshops, a farm tour, and flower-crown-making (very popular). 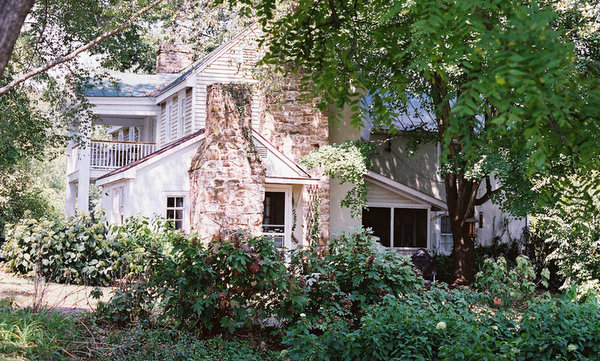 Finally, I visited the farmhouse on the property, plenty old enough for an “old house nut” like Bob, having begun in 1747 as a log cabin that was added onto in 1819. The six seasonal interns live there, as room and board are part of their pay (plus $30/day). There are also two guest rooms rented out through Airbnb, so you can stay there!