As anyone who has ever opened a small, home-grown retail nursery can tell you, the economic reality for such is straight out of the veteran horse gambler’s prayer: Lord, I hope I break even, I need the money.

So it went as we opened our Hidden Hill Nursery & Sculpture Garden 19 years ago on a hopeful wing, happy ignorance and a prayer. History was not in my favor. My obligatory role as a newspaper columnist had always been to make cheerful fun of capitalists, not become one.

Yet I had grown to love plants; a sweet addiction with no known cure – had I even been interested in one. I had eight acres of relatively open Southern Indiana land and an old barn, a modicum of plant knowledge and a yen for the nursery business.

I had growing connections to the specialty wholesale nurseries and companies that catered to the needs of we the possessed; tiny exotic hostas, glorious blooming shrubs, weeping trees, stone owls and fountains from which water fell in rhythmic wonder.

My plant enablers would be located in Tennessee, Ohio, Indiana, Illinois, West Virginia, North Carolina, the Pacific Northwest, and Wisconsin. They would supply me with the plants and owls and fountains unavailable at the local box stores, the very products for which my equally possessed customers would lust. Could our newly graveled parking lot contain the rush of customers? 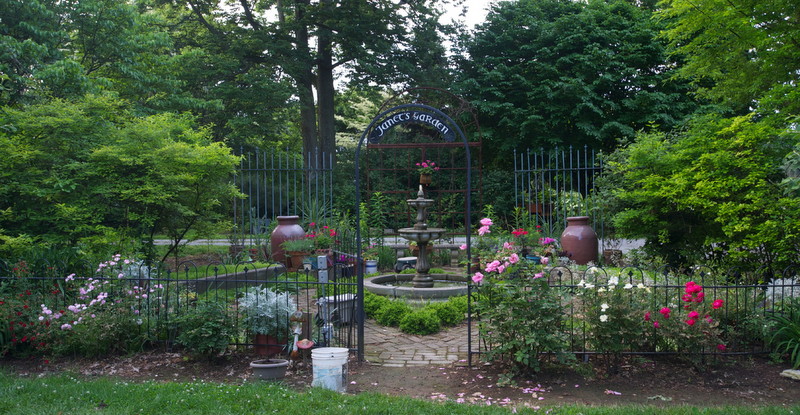 My business, as I became much too fond of saying, was a hobby run amuck. It was mine. It would be free from those silly, too-constraining economic rules faced by other small businesses. Little thought was given to supply and demand, inventory control, balance sheets, insurance needs, digital knowledge, accounting expertise, employee payrolls, mandatory taxes, water bills, famine, pestilence, plant death and one-year-guarantee customer destruction. 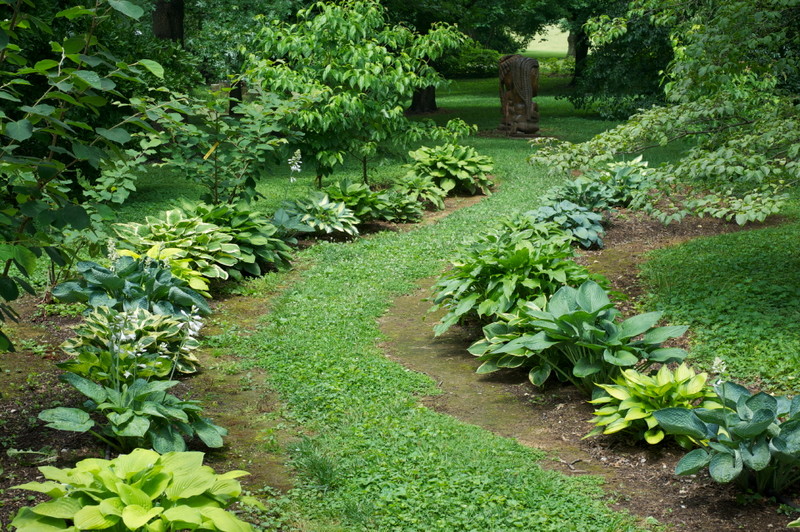 On we rolled, year after year, but only open four days a week from April to October. Our fan base grew. Our eight-acre arboretum flourished. We added ponds, new gardens, music events, horticultural classes, whimsical art, theatrical art and beautiful, lovingly created art. 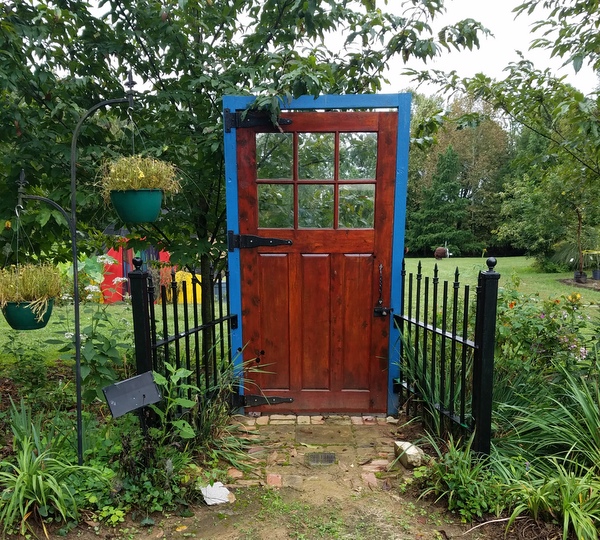 We created a full-sized door to our meadow; joking with our customers if they didn’t use it they would disappear the following Tuesday. People would come out to just wander our eight acres; happy to be there. We were happy to have them.

Our financial advisor, a good and sensible man who would hide a cash register from his mother if he thought it necessary, did understand and accommodate my passion. Yet he would annually peer at me over his desk and suggest a little more financial caution, perhaps more thought toward our old age needs, our true retirement, our bottom line. 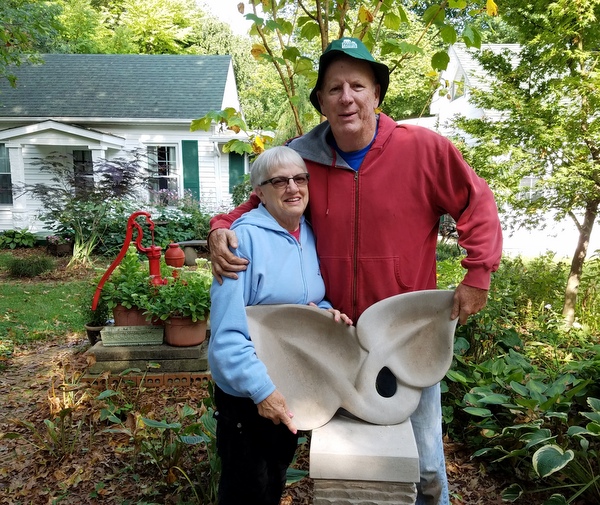 Janet Hill, my wife of 56 years, my forever partner in life, our company bookkeeper and diligent gardener herself, would indulge me. We created “Janet’s Garden” in her honor, a circular, quiet oasis in the middle of our larger madness with fountain, flowers, bench, large antique containers and a dangling, yellow brugmansia.

In soft summer evenings, after all the customers had left, we would ride around in a golf cart. I would admire what we had created. She would look for weeds. Her mind also began to lean toward a patio home with several thousand fewer plants to water. 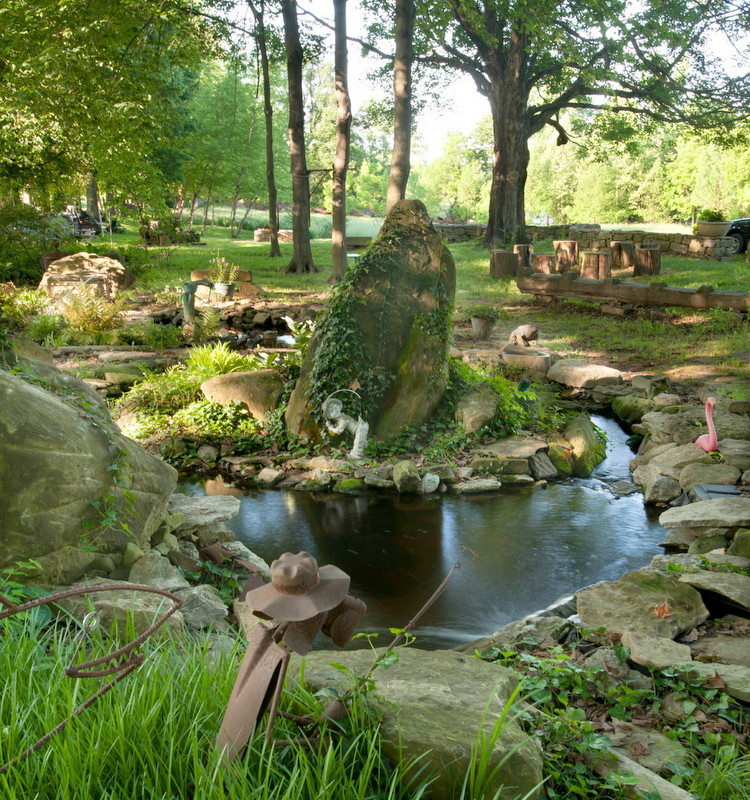 The years rolled on. We were able to recruit terrific help; we all became a garden family. In the winters we would visit those consonant-laden gardens shows – CENTS and MANTS – to check out what was new in plants, fountains and stone owls. In early spring I leafed through 500 pounds of plant catalogs.

I had no desire to get bigger – just better. We looked forward to March, the potting up of the new perennial cultivars, the latest in a ridiculous series of ninebarks, the newer dogwoods and redbud trees that would arrive bare-root and eager for their new lives.

All seemed good until it didn’t. We had our devoted regulars. But on our slower days I would drop by the local Lowes and see people lined up 10 deep at two cash registers buying plants – most of them already in bloom. I had to admit Lowes’s selections looked pretty good – even if it seemed the help was 17-years-old not really looking happy to be there. 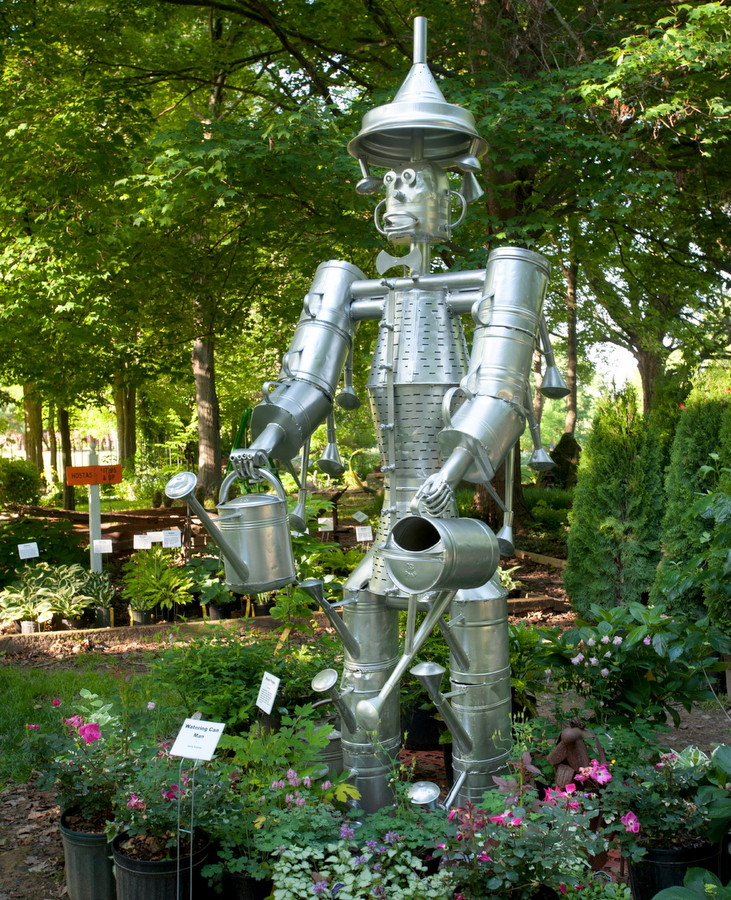 We had created a 5,000-follower Facebook presence and a 2,500-person email list as our promotion materials, but it seemed the average age of our customers was about 86. Are plant geeks dying off? Do millennials plant anything besides herbs and lettuce?

We had slowly become a nursery better known than shopped. I kept running into people who would tell me “I have always wanted to go to you place” but never showed up. I continually had to resist the urge to fire back: “Well what the hell is stopping you?”

But it was never said with bitterness. I knew I was a lousy capitalist. I had always known my dream was not economically sustainable; the box stores were open seven days a week until 9 p.m. I wanted that early evening time sharing our land with my wife in a golf cart.

The bottom-line truth outed itself a few weeks ago as I went over our years of financial statements. It followed a 95-degree September afternoon in which Janet and I had spent hours watering needy plants in black plastic pots. 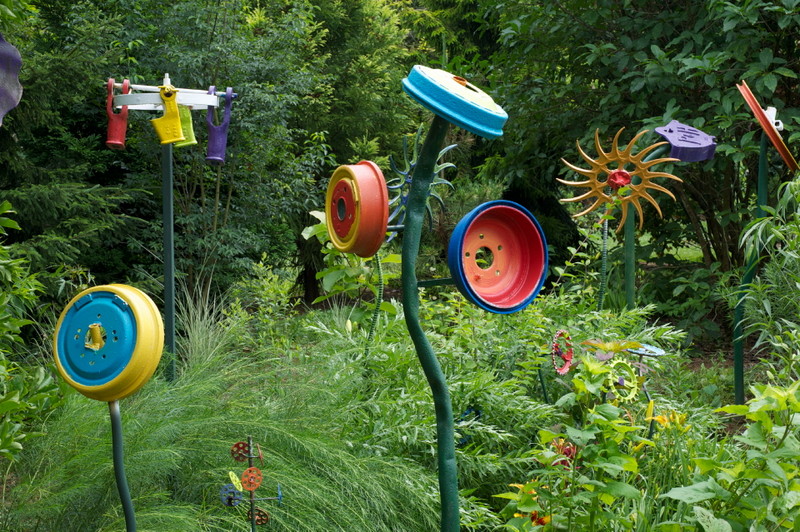 We are both 75 years old. We were tired. It was time to go. The financials showed our gross income was greater five years ago than it was in 2018. We talked it over, called it quits and looked ahead to more travel, more fun with friends and family, more selective use of our now sculpted land.

Sure, some maintenance is still required. But Janet could work on her quilts and spend more time with her church ladies. I could finish writing my children’s books, maybe finally write that first bad novel. We were at total peace with our decision – Janet perhaps even closer to ecstatic.

Our closure announcement brought an outpouring on genuine affection; hundreds of people sent messages or came out to tell us how much Hidden Hill had meant to them, too. One former employee – covering all the bases – brought us a six-pack of beer and a bottle of champagne.

The horse-players prayer has it all wrong. We did much better than break even. We have our family and a growing list of friends. We have our memories. We have the satisfaction and thanks that come with building something good together. We have already won.