I have a sentimental weakness for my children, and I spoiled them. I’m talking about my two masculine children, Tom and Fredo. And I had high hopes they would share my love and talent for athletics. 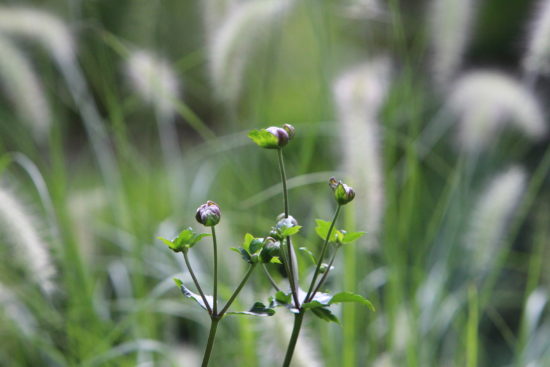 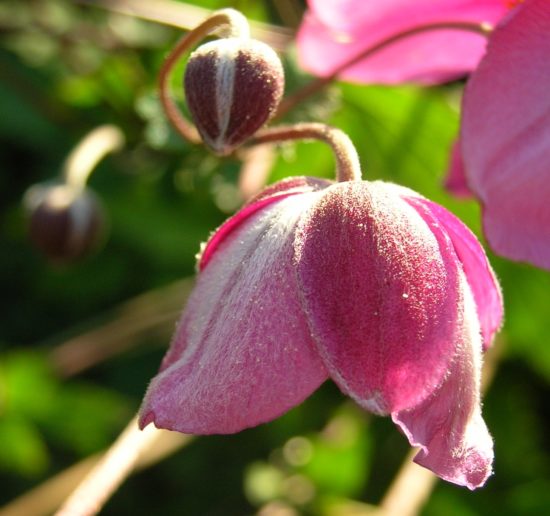 We moved to a bigger house in 1995 when they were seven and nine and needed some lawn for all the baseball, football, and soccer I expected they would play. Therefore, I plotted the demise of the Callery pear that was planted in the middle of a raised bed of ‘September Charm’ anemones, which was in the very center of the backyard. So I made it an offer it couldn’t refuse, and damned if it didn’t off itself less than a week later in a windstorm. Almost like it had been told that if it just killed itself, up front, nothing bad would happen to its family. Yeah, that was a good break.

Several hours of work a week or two later and a twenty foot around blob of raised bed eight inches deep was gone and the anemones were sleeping with the fishes. My son Tom asked what I was doing. I told him, “I don’t feel I have to wipe everything out, Tom, just the anemones.” I explained, “Nothing personal. Just business.” And just in time too, as my wife came out and found me and said, “Leave the spade. Take the cannolis. We’re late for the baptism of your Godchild.” A day or two later, I planted grass seed for the lawn I expected my kids to slide, wrestle, and tackle upon. 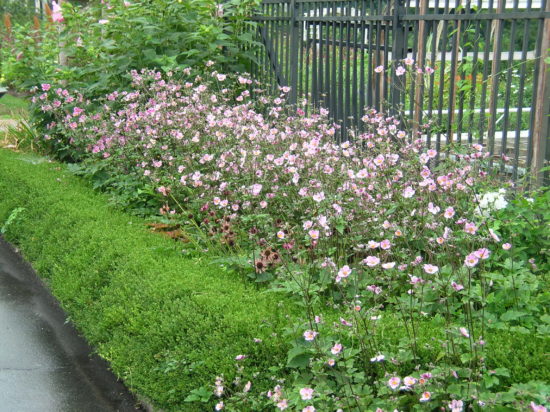 And for fifteen years I cut grass…and anemones. Week after week, year after year, anemones reared their heads and I mowed them off. I thought to myself, “If anything in this life is certain, if history has taught me anything, it’s that you can kill anything, but just when I thought they were out of my life, they pulled themselves back in! 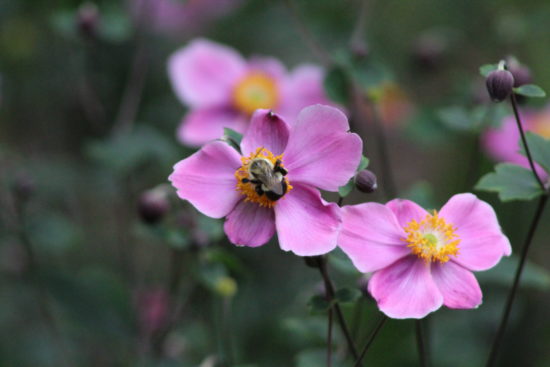 Fast forward a sequel or two, and Fredo, and Tom, they had broken my heart. “You can act like a man!” I hollered as they did nothing but play video games, never ever playing any sports. In despair, I threw myself totally into gardening, and learned that if I said a Hail Mary each time I planted a Heronswood plant, it had no impact whatsoever on whether it would live or die. But that was okay, and I said to myself, this is the pastime I have chosen; I didn’t ask who was responsible, because it had nothing to do with my pastime. 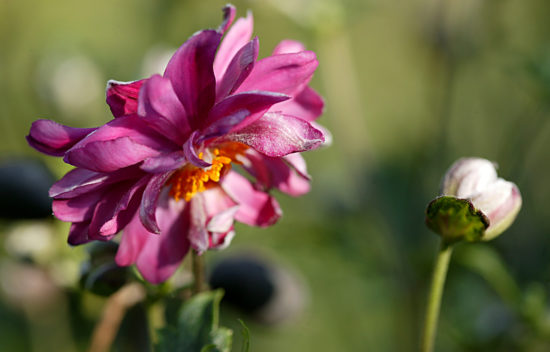 But I needed more garden space, so I hauled in a few truckloads of soil and built a new raised bed on top of the anemones, and figured they were now dead. I told Fredo that I had settled all family business, and the anemones would have to pay. But they insulted my intelligence! They came back and spread rapidly. I was angry. A man in my position can’t afford to look ridiculous, but I didn’t resort to violence. Blood, er, sap, is a big expense. It’s not good for business. 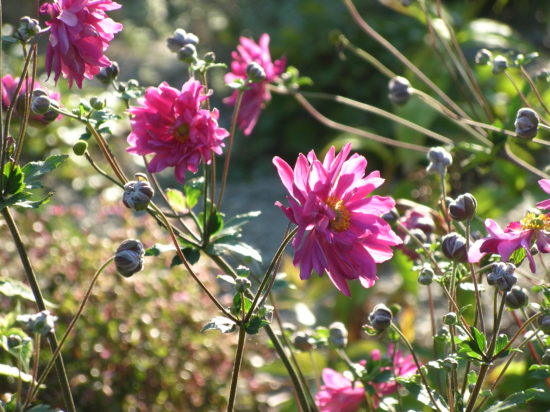 So I learned to love my anemones, and by now you’ll be very glad to know that I’m officially out of Godfather quotes, misquotes, and metaphors, except for the one I’m saving for the big finish.

The fall blooming anemones maintain a perfect habit and clean foliage all season, and they’re as tough as Luca Brasi. Late August into September they lift up perfectly charming flowers. You can find singles or doubles. They’re all nice. I tend to like the older, taller varieties, but the new compact ones are awfully hard to ignore. They’re as tough as the big guys, but really cute. Especially so, my favorite, a variety called ‘Lucky Charm’. Just an outstanding, spreading grower that attracts pollinators like a sure thing on the fourth race. 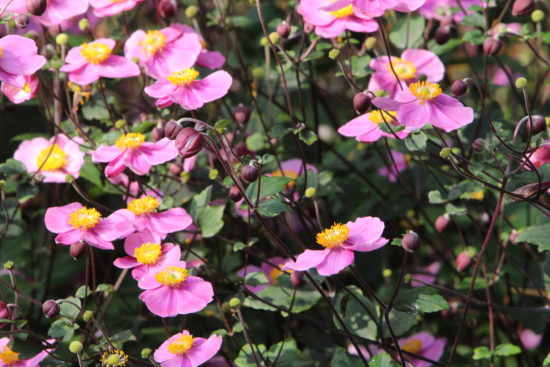 As I’m getting older, I’m less infatuated by plants one must beg, trick, and shame into living. And I’m more and more enthralled by bruising mobsters like Anemone hupehensis, A. japonica, A. x hyrbrida, or whatever else they’re called. They all look and act alike, as far as I’m concerned. Give me survivors like these, and give me big masses of them, and I will never underestimate their virtues, nor overestimate the faults of my anemones again.