I thought I knew how to grow daffodils – because who doesn’t? They’re critter-proof, perennial, drought-tolerant, and so on. Or so I thought until Brent Heath, co-owner of the beloved bulb company Brent and Becky’s, disabused me of my assumptions in his recent talk at Brookside Gardens outside DC.

Having been in the bulb biz forever and traveled the bulb-growing world, Brent knows his stuff. Here are my take-aways from Brent’s very informative talk.

(By the way, I first met Brent when we kids vacationing with our families in Nags Head, NC. He and my sister became friends, or something like that.) 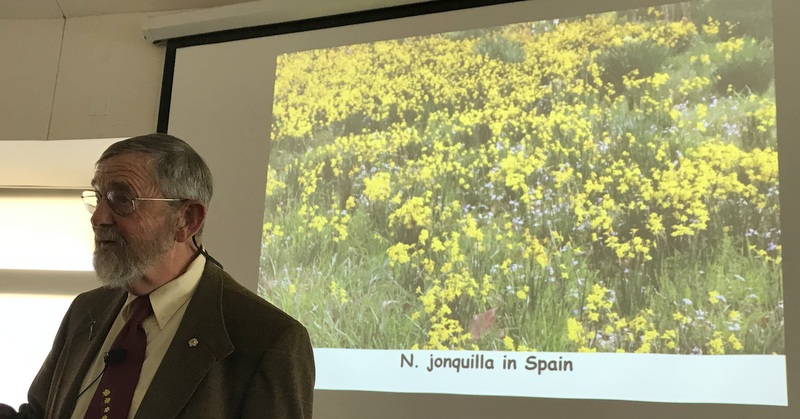 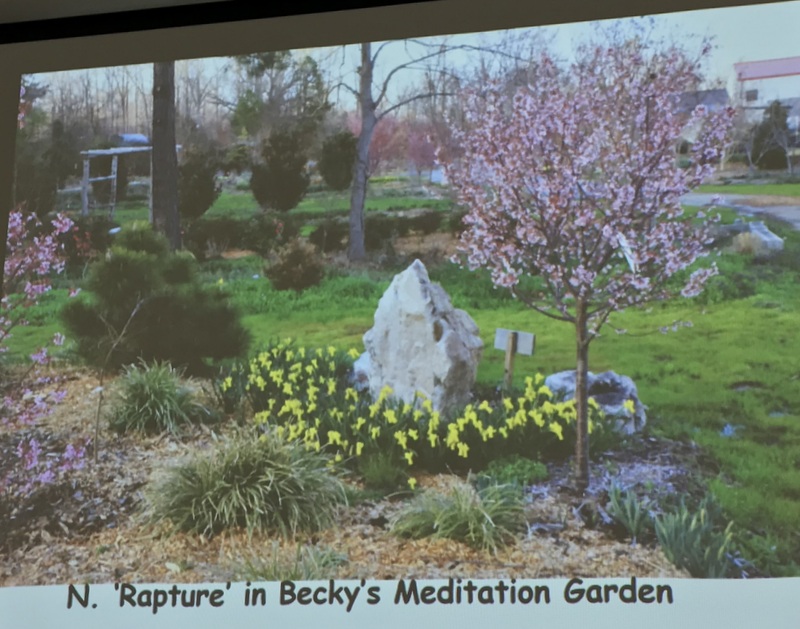 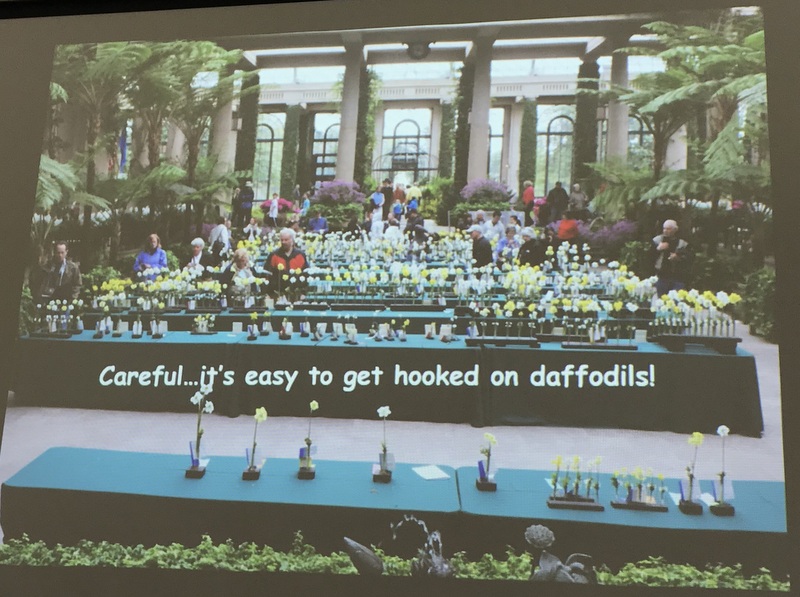 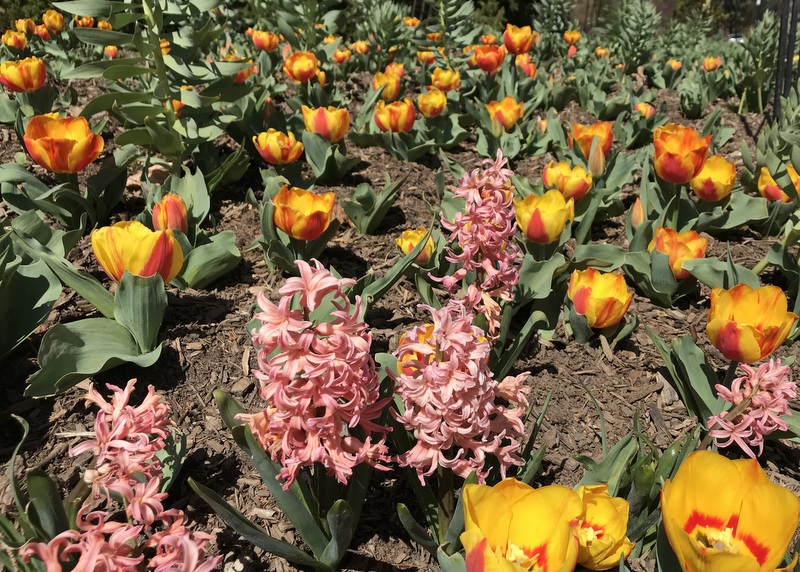 Above, early tulips and hyacinths were also blooming that day at Brookside. 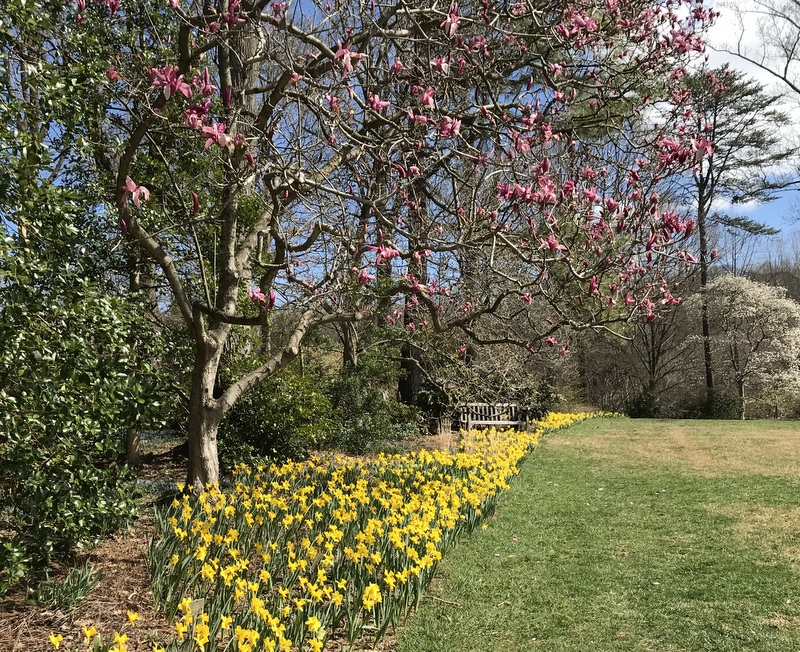 In the immortal words of Brent Heath: “Plant bulbs and harvest smiles.” 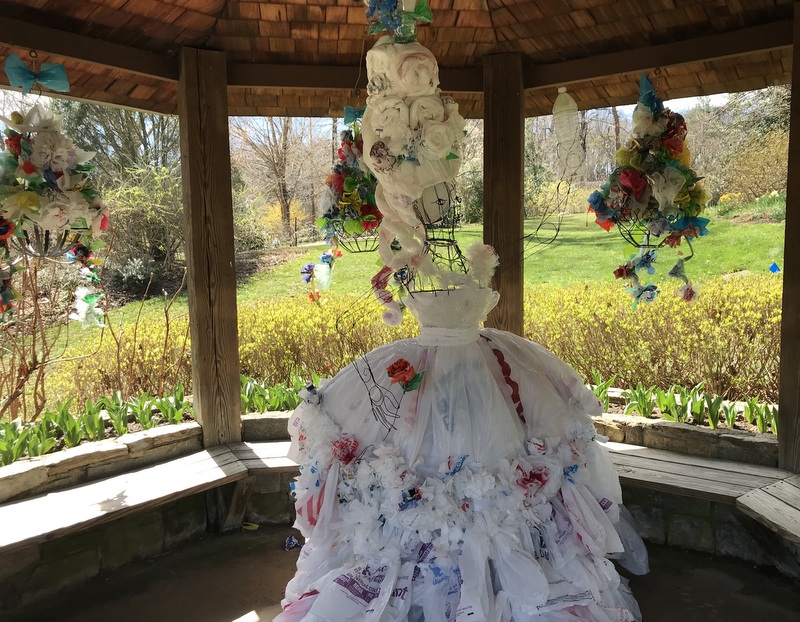 Parting shot: remains of a Quinceañera party in the gardens earlier in the day.

All photos taken by the author at Brookside Gardens on March 31, 2019.