Yeah, that’s about describes my Spring.  Yours? 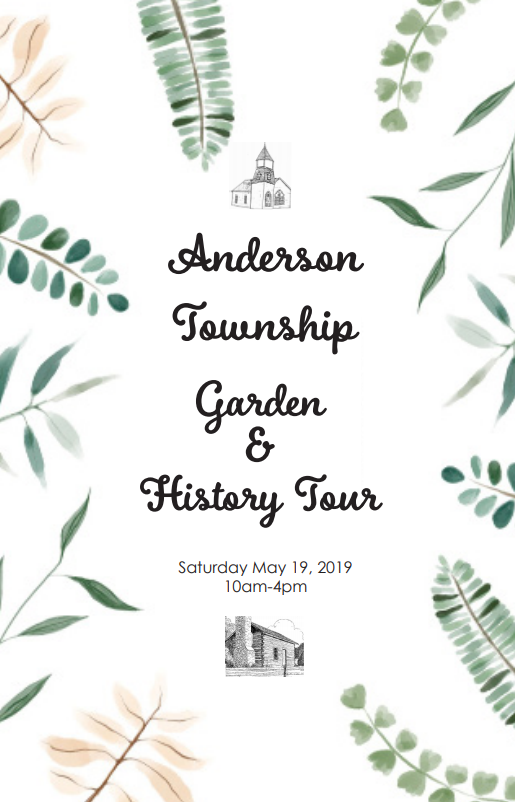 It all started with a misguided nod to appear on our Township’s Garden Tour. Did this sometime last Winter.  I’d been drinking. When our garden didn’t appear on the first draft of the flyer, did I take it as a sign? Nope. A smart person would have laid low and slipped out of that commitment like it was a time share they’d been sold, but not me. Being the same impaired idiot who had agreed to the idea in the first place, I reminded the Township.

Our garden had been on the tour several years ago but the intervening years have had their share of drama with the most carefree and joyous parts of our lives and all but the most basic of garden maintenance finding themselves shoved to the side like a road killed raccoon in the path of a snowplow.  But, you know hope springs eternal. It was a new year, a different time, and I told myself, “Hey, this will be fun. And it will motivate you to make some of those improvements you’ve been thinking about.” Yep. That’s what I told myself.

Of course, it did do that. Just like it almost killed me. For whatever delusional reason, I failed to factor into the decision-making process that my life would remain just the same as it’s always been—a lurching, noisy, rickety, breathlessly busy, confused and confusing, poorly conceived extended round of experimental performance art liberally embellished with unpleasant surprises at inopportune moments. Somehow, I had forgotten that.

And there is nothing like a looming garden tour to sober you right up real fast. First walk-through after you’ve agreed to such a thing and, bam, there you are–clear-eyed, stammering, and horrified, seeing your garden from the viewpoint of carloads of judgmental strangers. Make this walk-through like I did in March–that most hopelessly depressing, mercilessly ugly, butthole-with-a disease month of the year–and it’s the horticultural equivalent to waking up with some person you hooked up with at a dive bar deep into the early morning hours of the previous night. So you do the only things that come to mind. First you drink. Then you cry. Finally, you beseech the Almighty for an asteroid to come screaming out of the sky and smash all your years of bad ideas, lousy plant choices, inexplicable design decisions, ill-advised gardening practices, plastic containers, fake flamingos, and scuzzy gazing balls into tiny burning fragments that all fall on top of your neighbor’s boat.

But you know from long experience that God has a very spotty record of answering your prayers and that your luck isn’t good enough to guide a comet in on its own, so you do the only thing you can: you go outside and garden like hell. Like some nervous dervish all ramped up on speed. Rinse and repeat, you’re doing this from mid-March to May 19th, every night after work until it’s too dark to tell garlic mustard from poison ivy and every weekend from the crack of dawn to well after dark. Dehydrated most of the time, of course. And you have to fit this in and around record rainfall, a pair of weekend trips you’d committed to previously, and a bunch of appointments and presentations that wind up eating 15 weeknights and about six weekend days.

I won’t go into every gory detail about every dumb mistake, disturbing discovery, and newfound deep disappointment, but I will tell you, as an example, about removing my old nursery hoop house. It had stood for years, looming, rusting, and listing prominently in the background of every otherwise scenic garden view and photograph. It had to go and it did. Big job. Cut my hands repeatedly on unseen metal burs, but, except for having to pull old landscape fabric from under Pompeii-like strata of soil, it fought its demise with a little less resistance than expected.

I thought I’d experience an emotional moment at its loss. I’d learned a lot growing plants back there, reared loads and loads of rare and favorite plant material, some of which bought favor and friends when I shared them with gardeners and horticulturists I admired. And, in fact, I was overwhelmed with an emotion when it was gone. Pure euphoria. I had no idea how much I’d come to hate that thing. It’s removal felt better than playing hooky.

But that joy was not long for this world. Not when I was confronted by that big blank weedy place where the hoop house had lived. Not as ugly as it had been, but still ugly enough to give carloads of judgmental garden tour strangers a plenty to talk about. So I laid waste to the weeds and built raised beds for vegetables, doing my damnedest to make them look better than almost all of those other raised beds for vegetables I’ve seen. Several trips to Home Depot for wood and hardware, truckloads of soil harrowingly wheel-barrowed along a bumpy and narrow path around the swimming pool, and a last-minute scattering of straw in the paths, and, son of a…, it actually looked just like I’d hoped: not quite as ugly as those other vegetable beds I’ve seen.

After about half a dozen big projects like this and hundreds of little ones, we were about two weeks out from the tour and I started feeling a little better. You might even say confident. Perhaps a bit cocky. May had come, things had greened up, and all the plants I’d forgotten I had were reappearing, covering ground, screening ugliness, and some even went into bloom.

Heady in this moment, I heard these words leave my mouth, cross through air, and go into my son’s ears, “Hey, why don’t you have your (upcoming) wedding in our garden?” Whoa. I knew my mistake immediately and wanted nothing more than to suck those words right back out of the universe and into my chest, but, alas, they’d been said. And they’d been heard. And Tom seemed excited by the idea.

He and his fiancee had been planning their June 1st wedding as a guerrilla ceremony, to be held surreptitiously at a small, backwater Cincinnati Park that overlooked the river. This way they could avoid notifying the park district, the associated bureaucracy, and the rental payment. While we all thought looking out for the cops would lend a certain urgent element of adventure to the event, it also meant parking would be difficult and conditions for our older loved ones could prove life-threatening if the rain didn’t let up and the grass didn’t get cut.

Long story short, we hosted the wedding, and it’s mind-blowing the vast amount of space that exists between “garden tour worthy” and “wedding ready.” May 19th to June 1st, there I was again, out in the yard, gardening like a mofo. Literally, and I mean literally, 3:15 PM day of the wedding, guests in the yard, and I’m dashing between them, head to foot in filth, trying to get inside for a quick shower in time for the 4:00 PM start.

But, gotta tell you, weeks of rain and gray skies opened up that afternoon to a glorious blue sky with billowing white clouds that towered like mountains in the sun. And, the wedding was perfect! A sweet, happy, beautiful couple, lovely self-written vows, pretty bridesmaids, and, hell, even the groomsmen looked good enough in their tuxes and all lined up in a row. And the garden? Well, it was far from perfect, but it strutted its stuff knowing it had never ever looked better. It made a splendid backdrop for the wedding and the photos.

Afterwards, we all adjourned to the Irish Heritage Center for a night of delirious fun and celebration.

Next day, with all that we could do done, my wife Michele and I both woke up sick as can be. She had a sore throat and congestion. I had full-on aches and pains. No matter the symptoms, I knew we both had the bends because we had decompressed too hard. 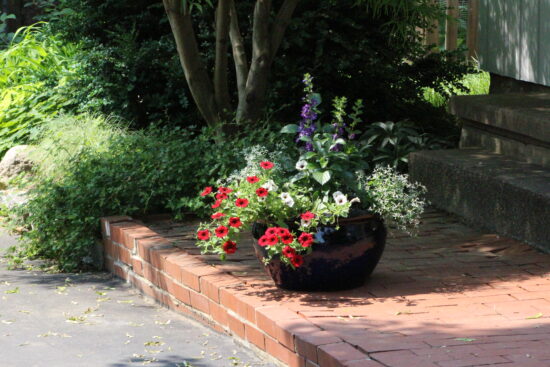 Now, still a little buzzed on this meager success, I’m already thinking about signing up for next year’s garden tour. It seems I just have this need for stress, high-stakes, and tales of adventure with happy endings And I’ve never been any good at learning from my mistakes.